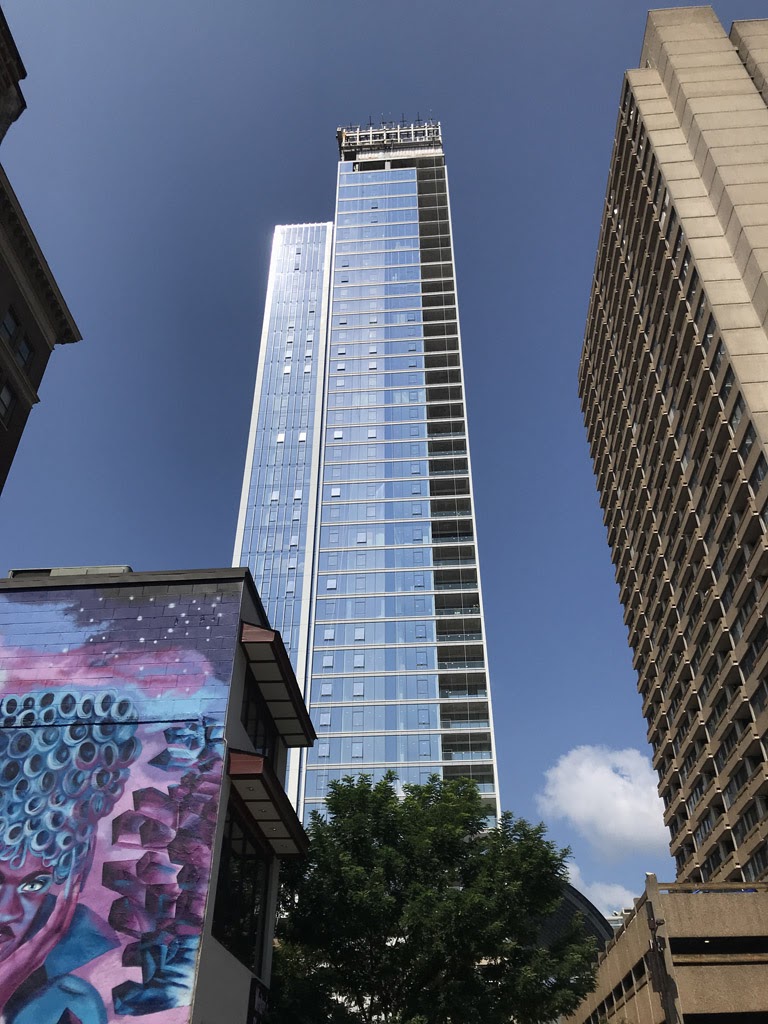 This one is spectacular.  It really is something to see.  I’m just the guy who gets to climb around on things (like a kid on a jungle gym) and take photos but I was blown away. 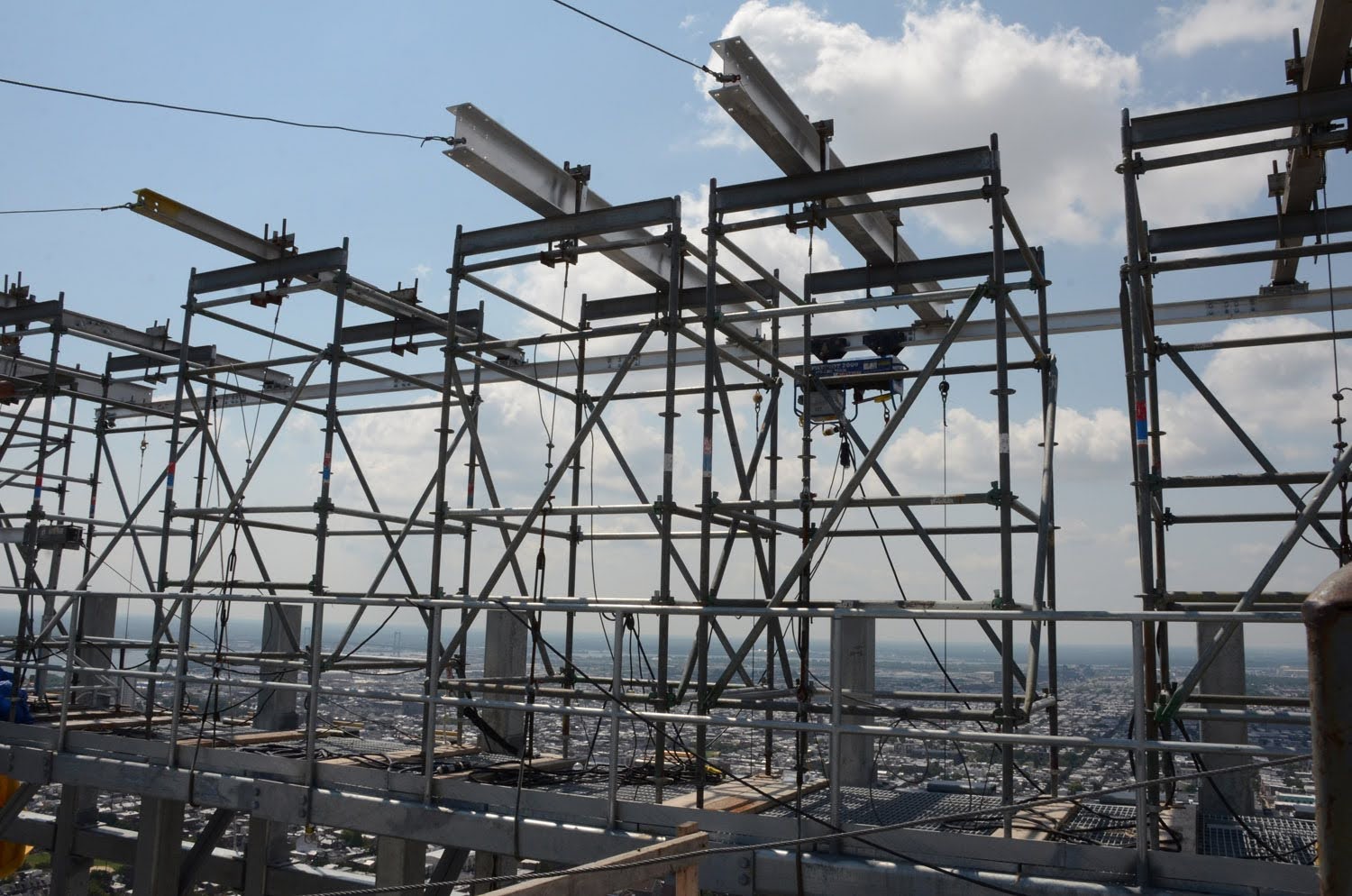 Maybe it was the fact it was 47 stories up?  Maybe it was that I got to see our crew guys casually strolling on the edge of the world carrying giant aluminum beams on their shoulders with nothing protecting them except a harness? 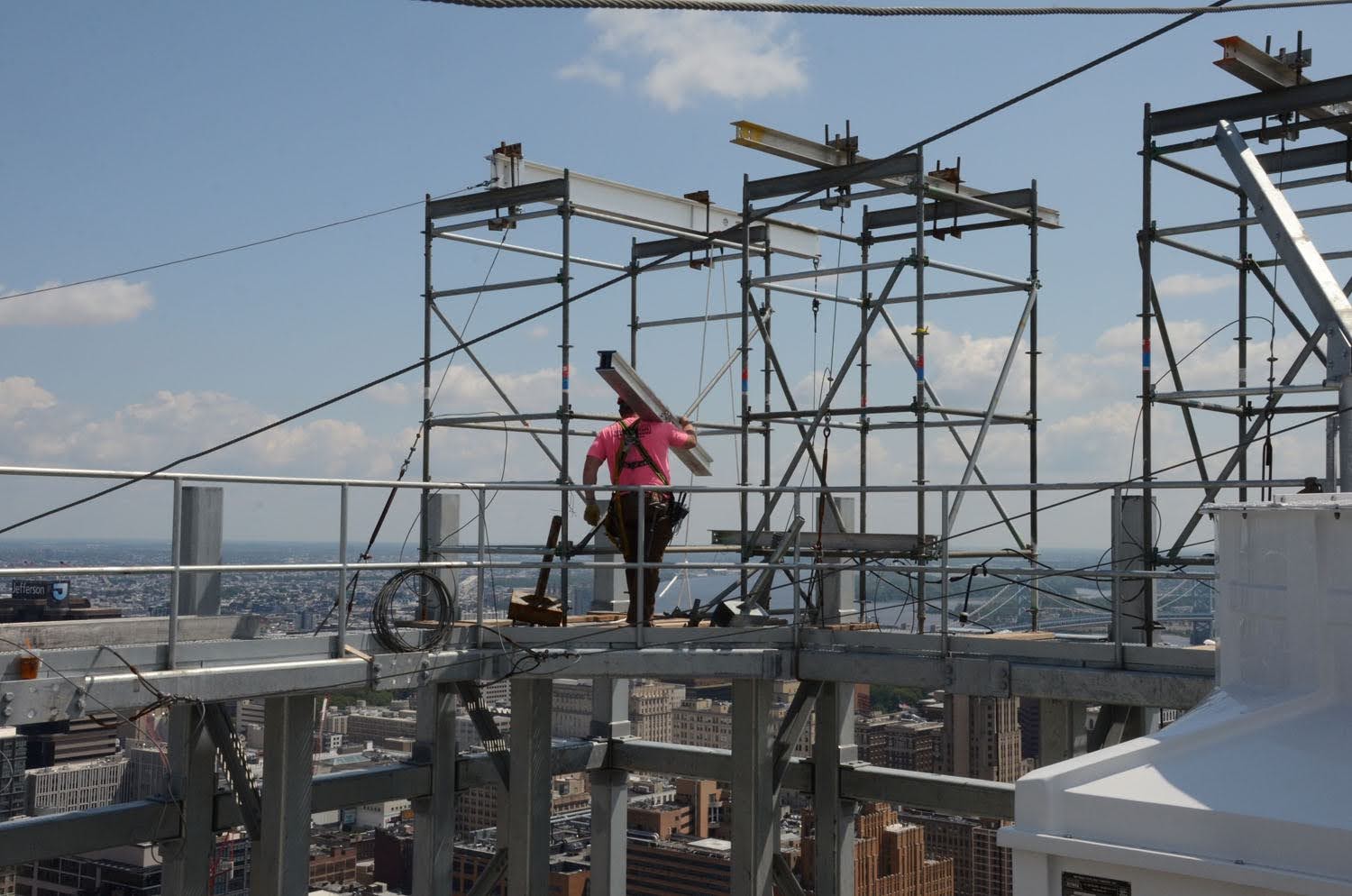 I don’t know.  Maybe it was truly the scope of the job?  Or it might have been a combination of everything.  I’ve been doing this a long time and afterwards I said – “okay, I’m done.” 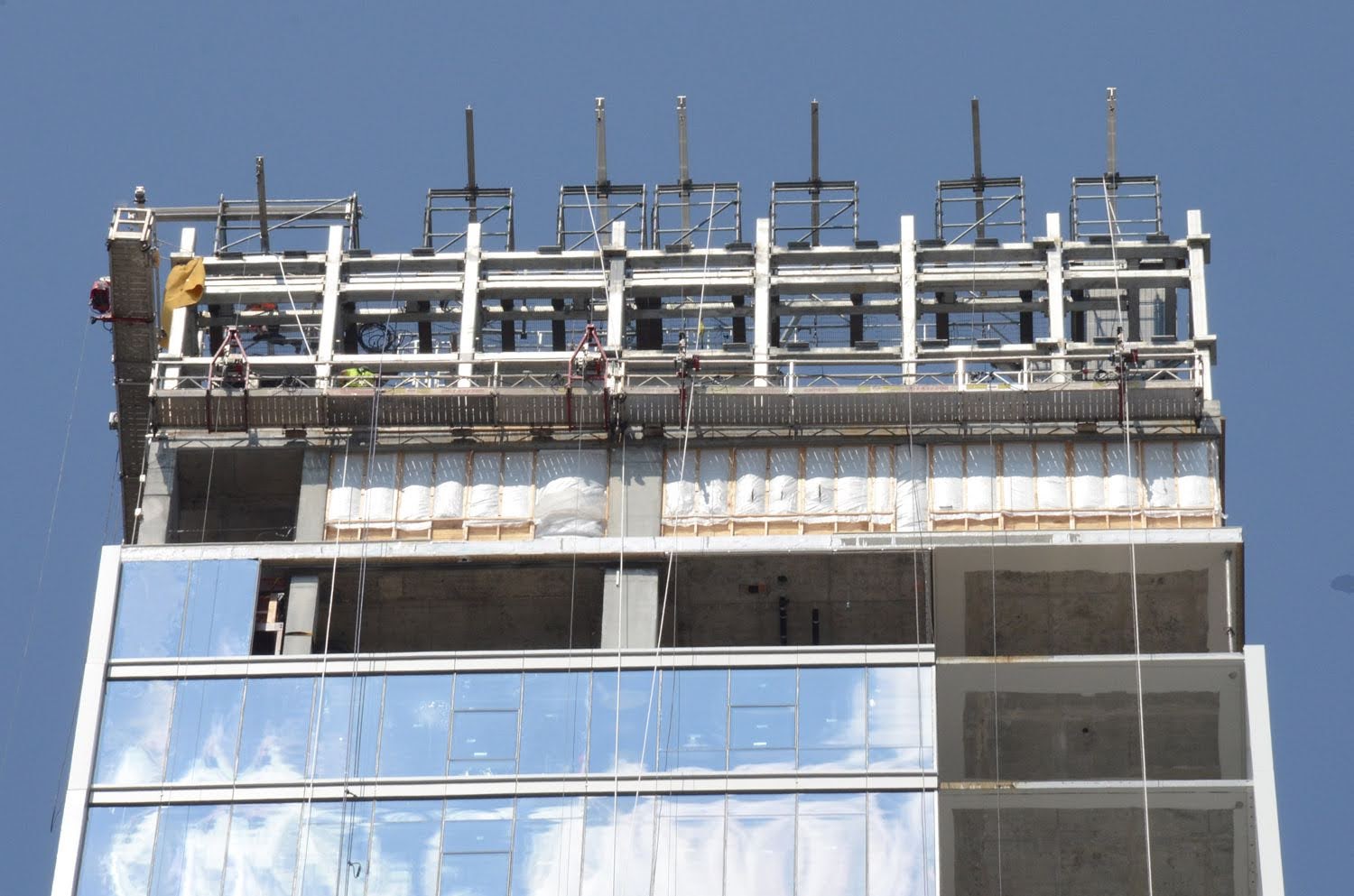 Not sure if that meant that I was done with a career of photographing and writing about some really incredible jobs here at Superior Scaffold – or if I had just reached the pinnacle of a career?  I’ll let you all know when I figure that one out.  But I’ll let the photos do a lot of the talking. 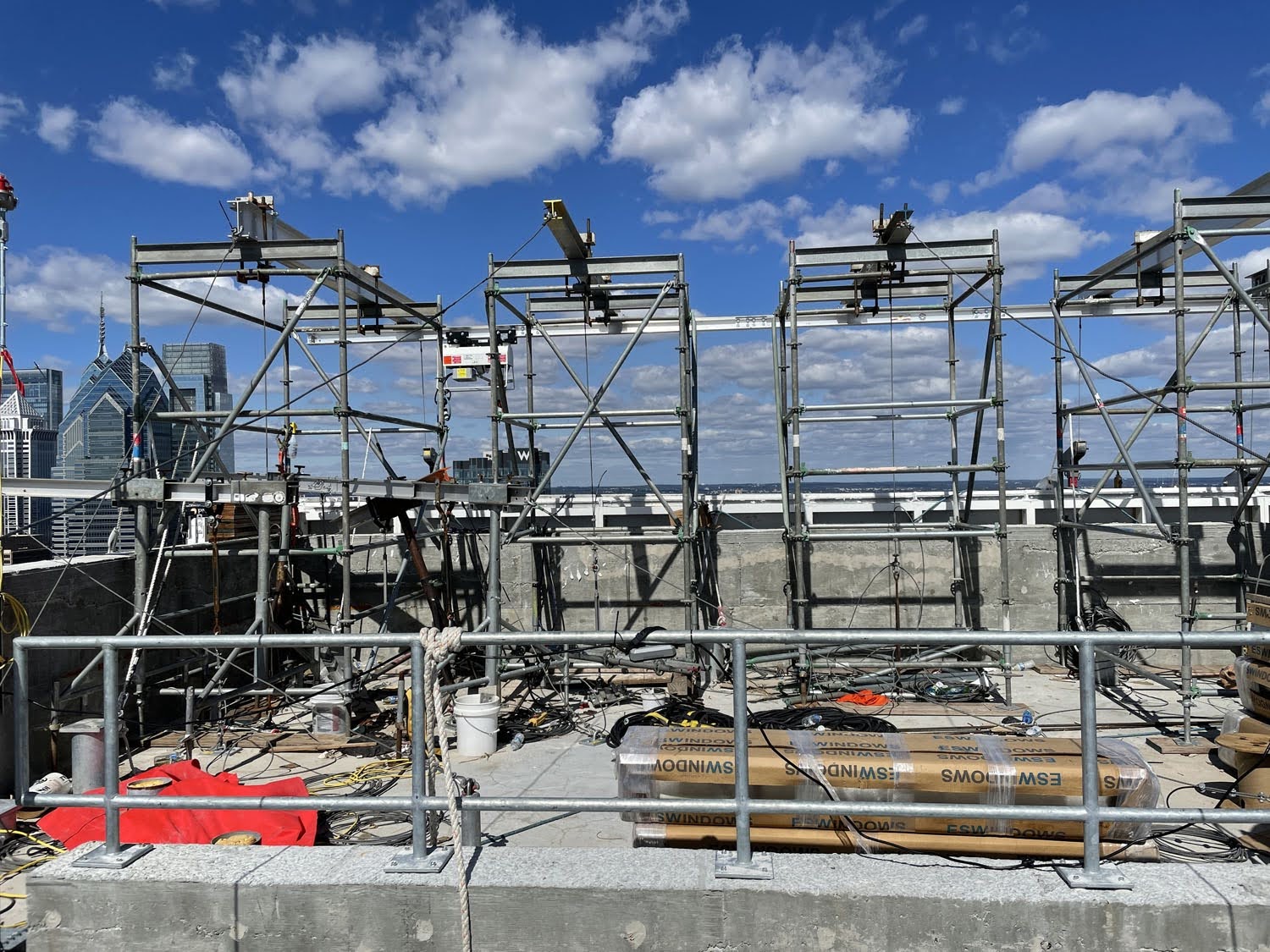 Either way, our resident suspended scaffold genius, Bob Sarkisian, had to design a monorail system that would hoist giant pieces of glass out of windows below that were to be placed outside the skyscraper but he also had to rig swing stages (suspended scaffold) all around to allow crews to put those giant pieces of glass into place.  And to add another dimension, it was all done on the top of the 47 story Arthaus condominium building at 301 S. Broad Street.  Just look at everything going on in that photo.  And it all had to work safely and together. 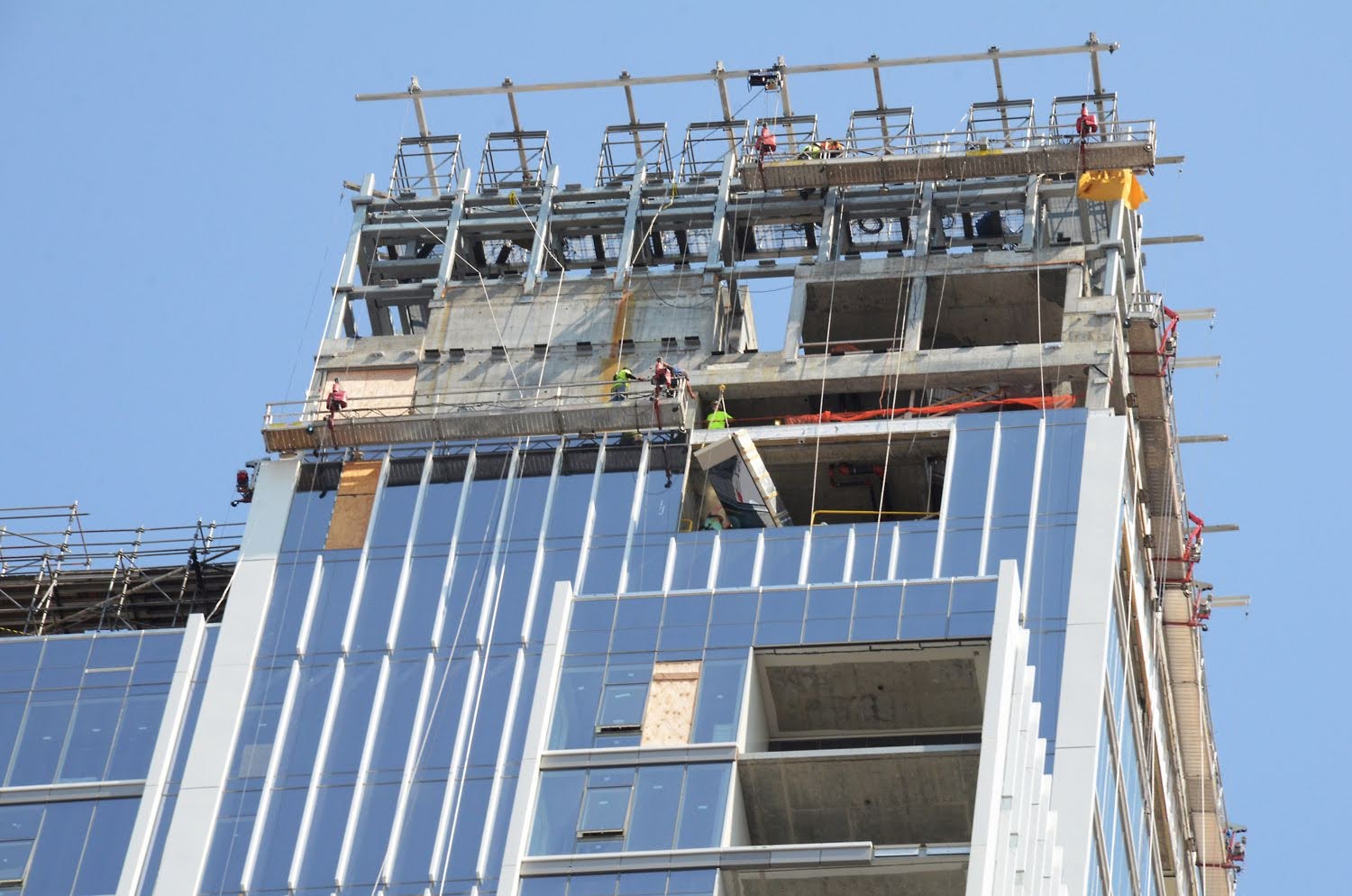 What makes this job unique is the fact that everything was anchored to concrete (or as someone likes to rip me about – SEE Ment) and not using counter weights.  There was no room for counterweights and the risk of having any type of incident was too great.  Bob Sarkisian knew that swing manufacturer Bee Access had a robust enough concrete anchor system to allow the rigs to hold all of the weight at 47 stories high. 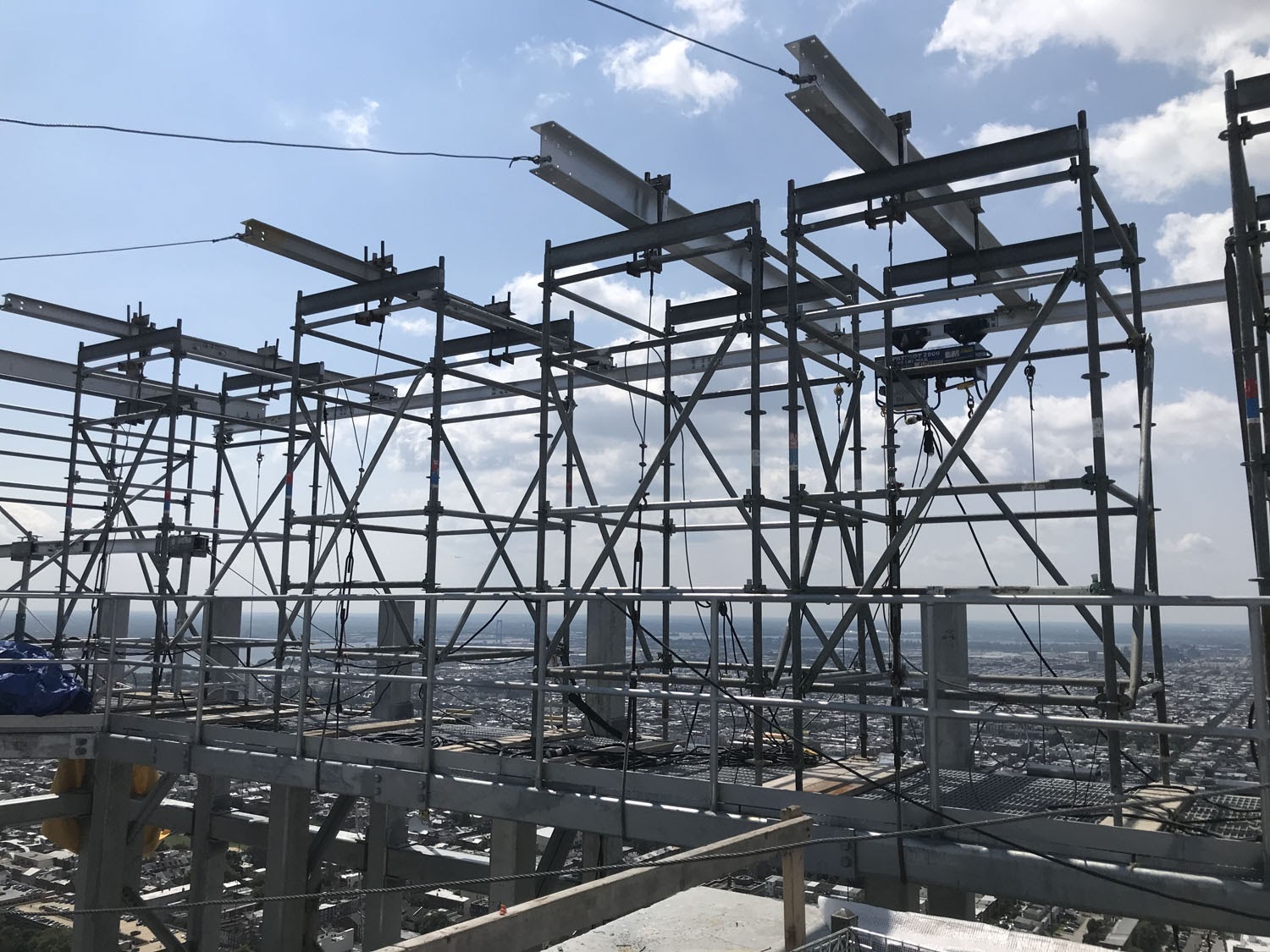 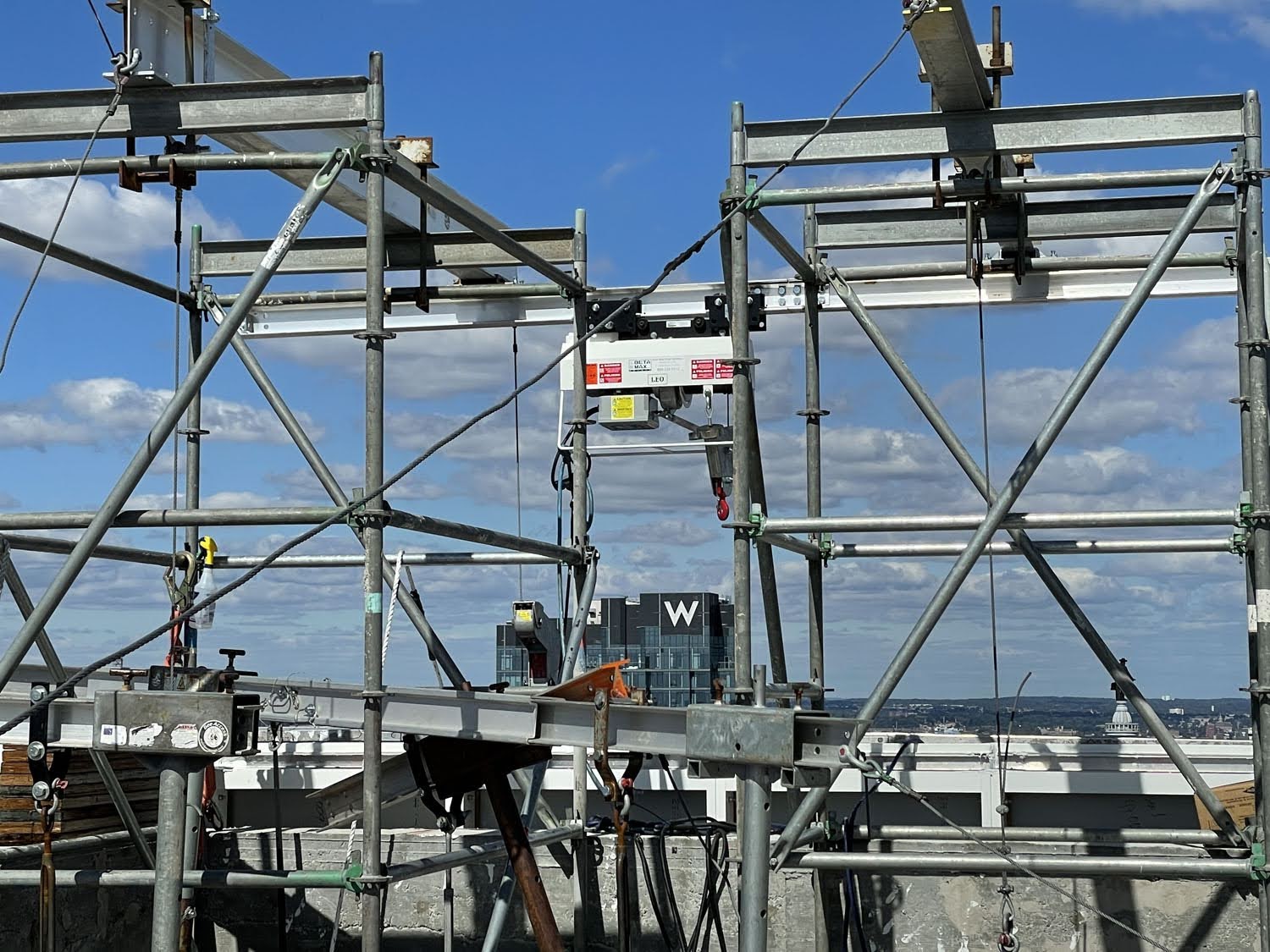 As you can see from the photos, the hoist would slide along the monorail and position above the window where a cable would be lowered and hooked to the giant piece of glass.  The glass would then be hoisted out of the window and then maneuvered into place where crews, riding in suspended scaffold rigs would install it. 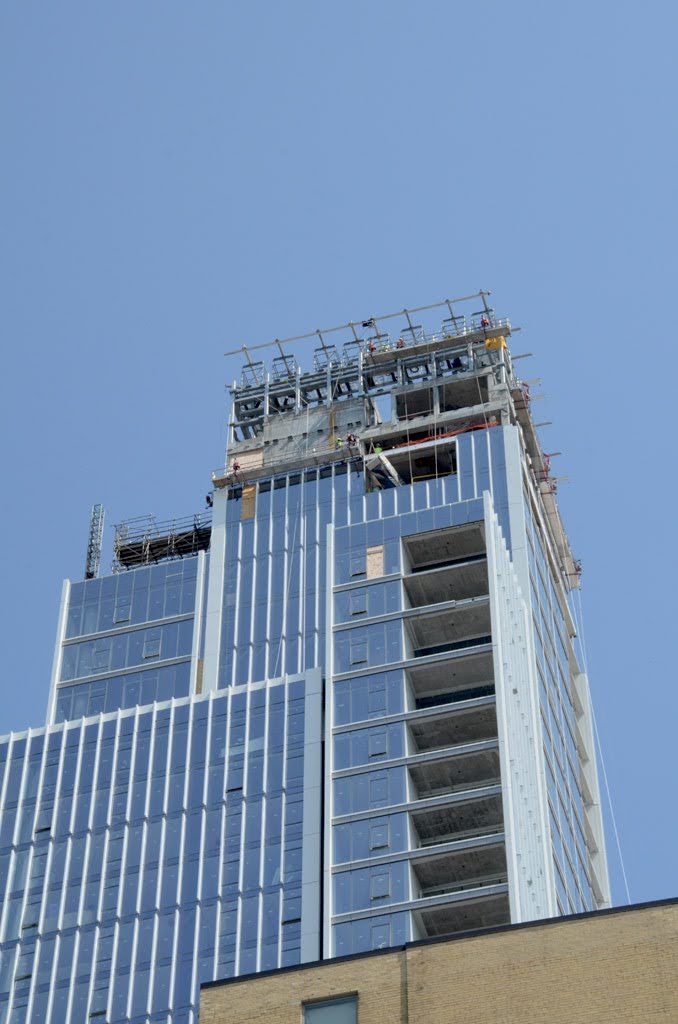 The key was to have the weight of the glass supported from the hoist but also able to be moved from left to right and positioned into place. 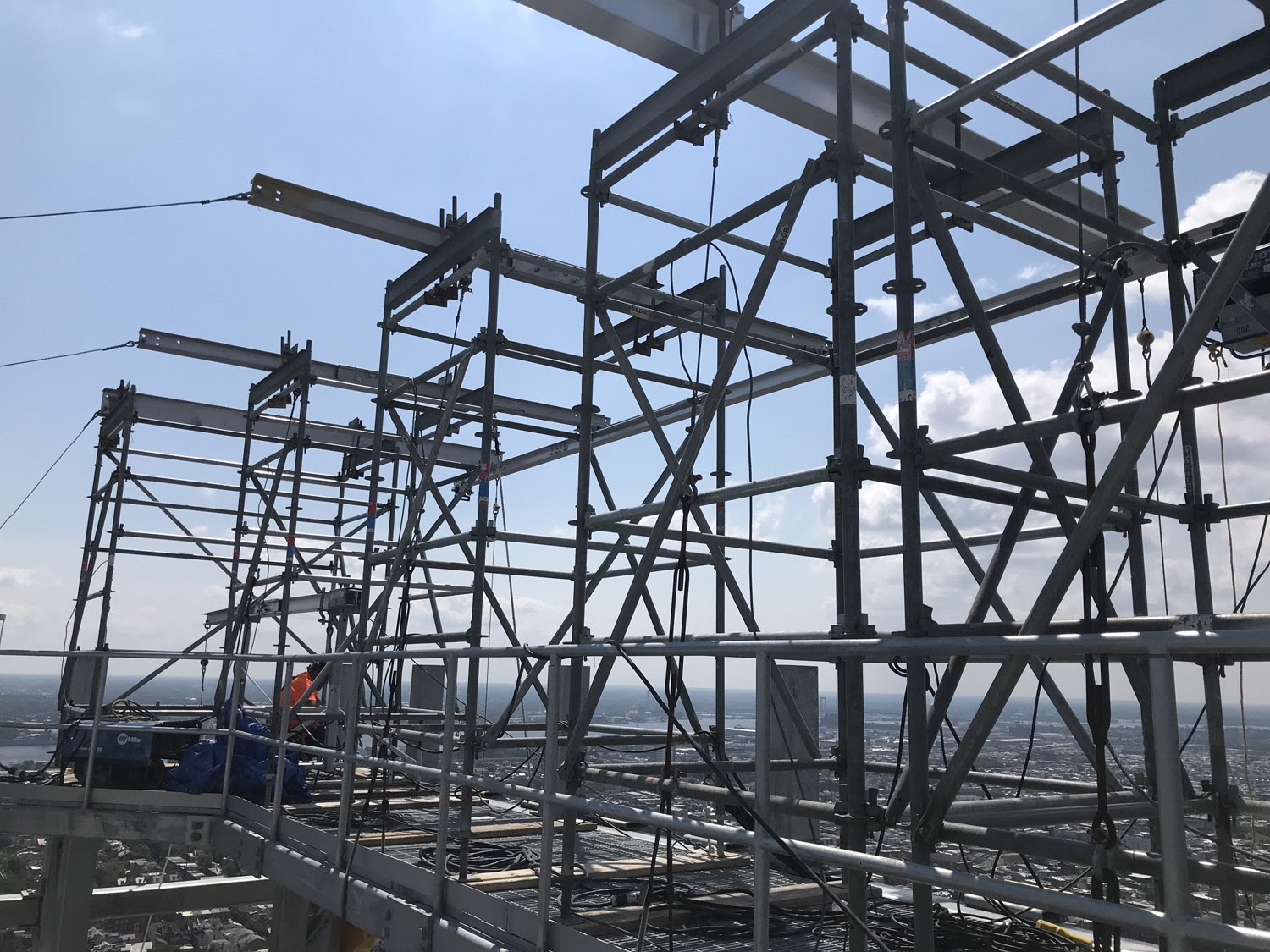 It’s a maze of tieback wires and cables on the roof of the Arthouse building but they all worked together to make this happen. 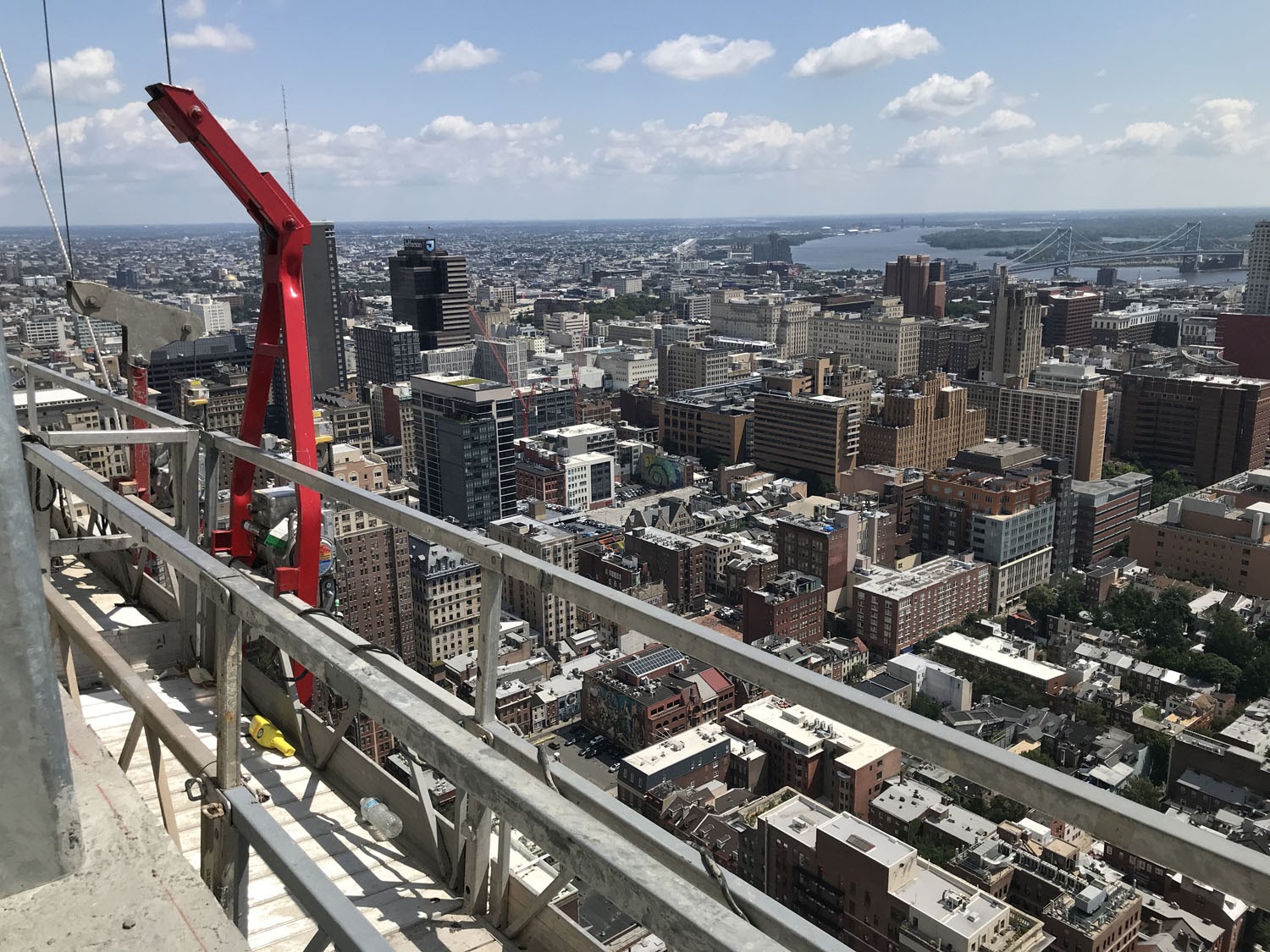 What’s hard to see is that the suspended scaffold rigs had to be positioned in and under the system scaffold towers (holding the monorail) so they could move up and down into place to mount the pieces of glass to the skyscraper. 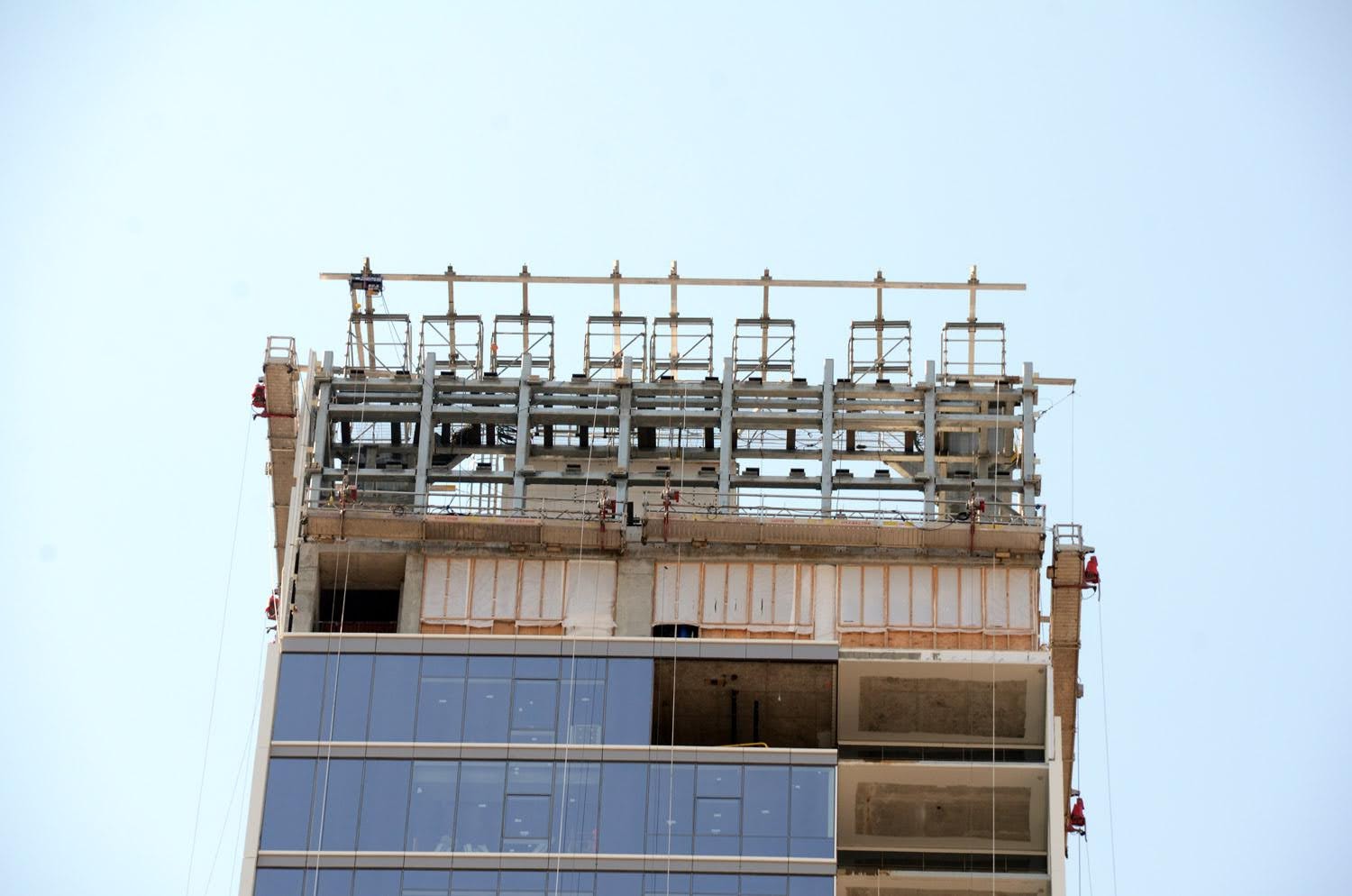 The monorail system was built two elevations or sides of the building at a time and then moved to the opposing sides once that particular side was completed.  Swings were also moved around up there a little to accommodate the needs of the installation crews.  In fact, additional units were added to aid in the finishing of the exterior. 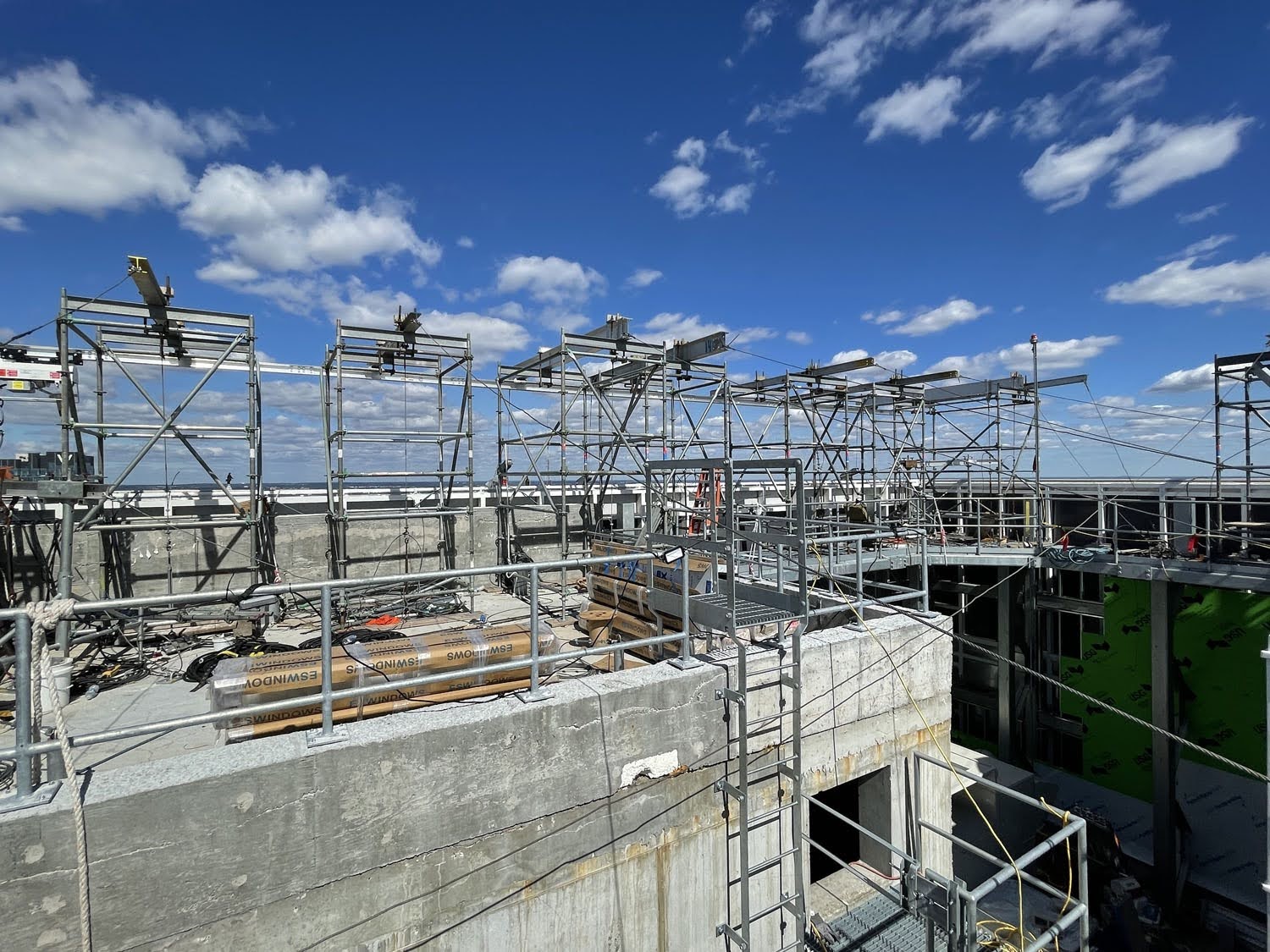 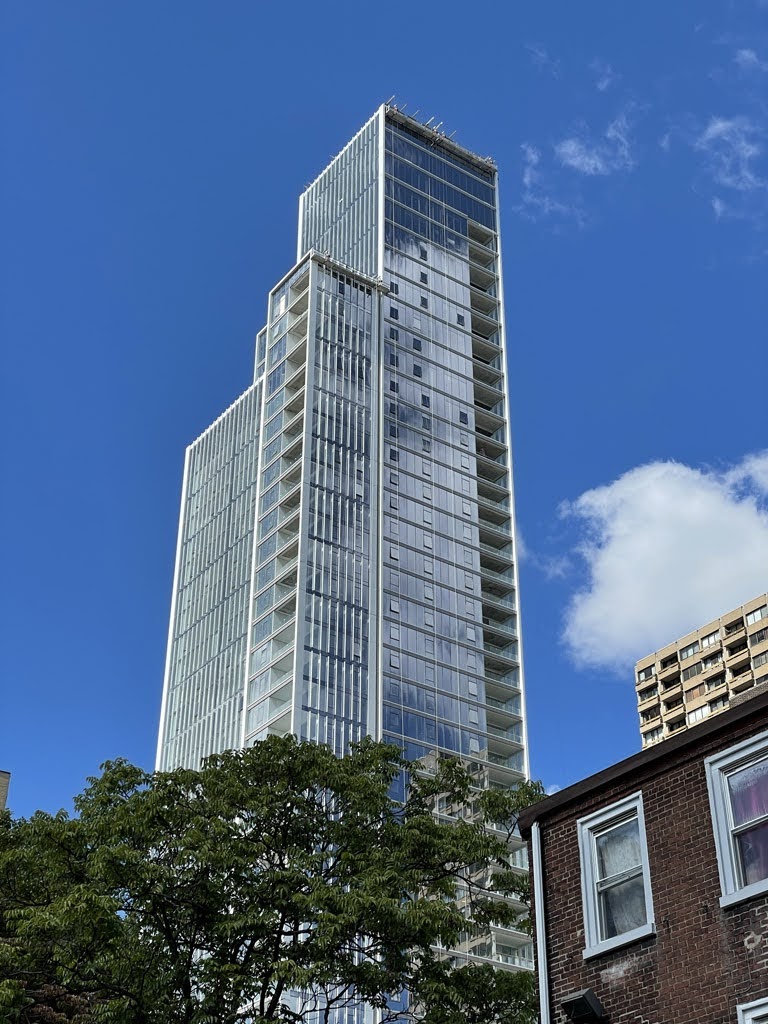 The Arthaus at Broad is shaping up to the one of those defining buildings on the Philadelphia skyline. We were proud to be a part of this new construction and look forward to many more. 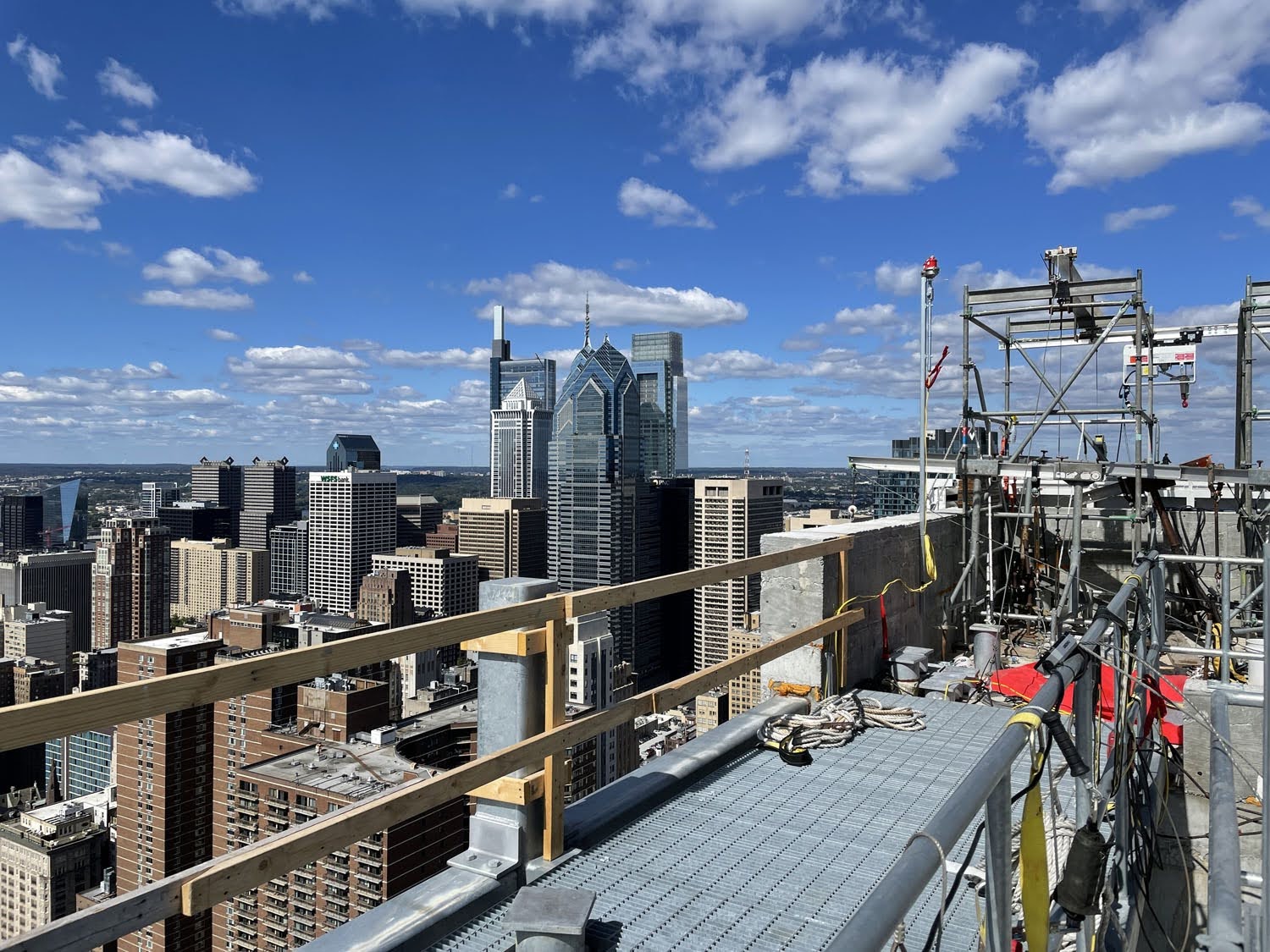 And if you need the most creative ideas and implementation call Bob Sarkisian today at (215) 743-2200. 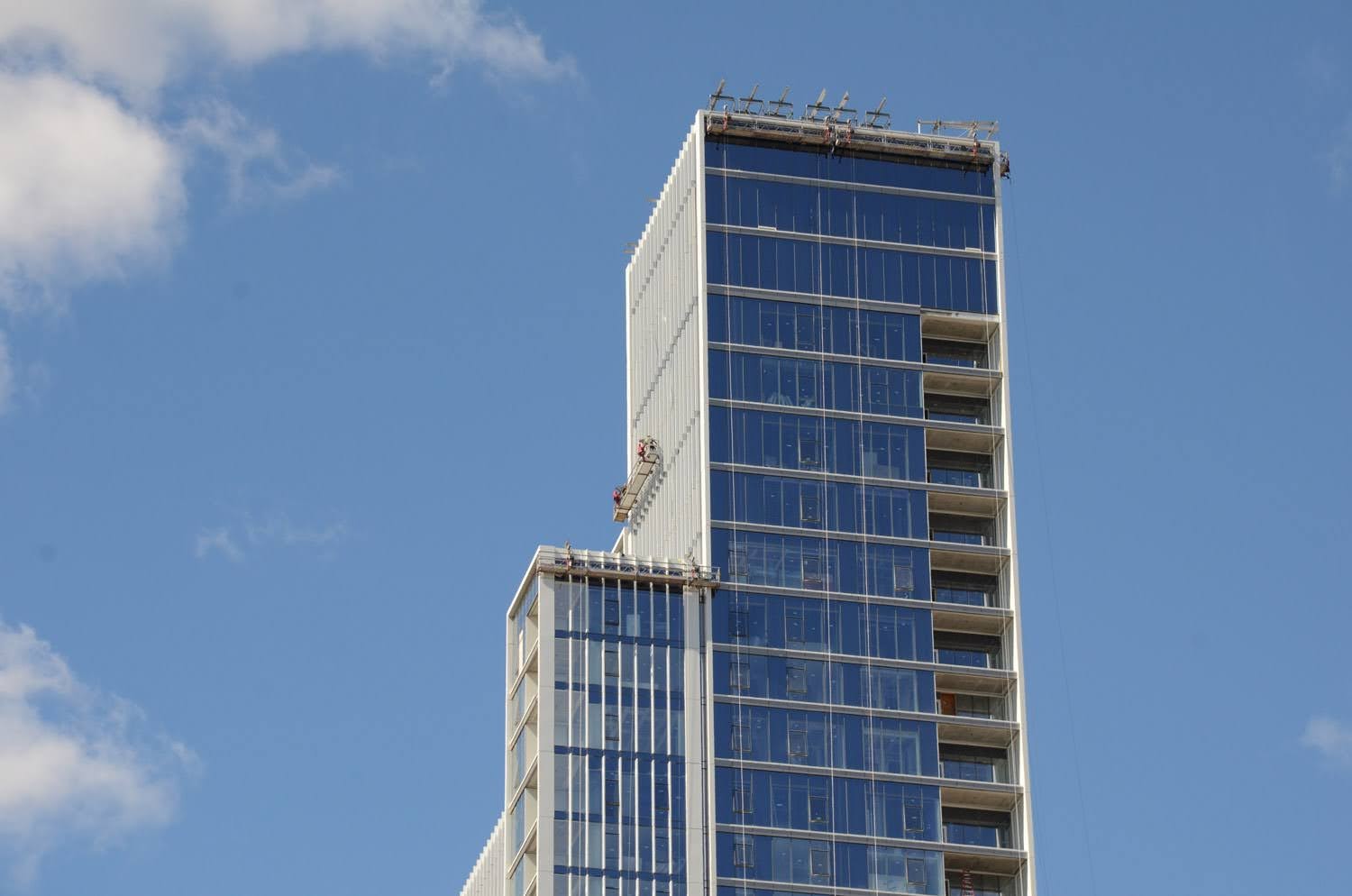 Or visit us at www.superiorscaffold.com for more information. 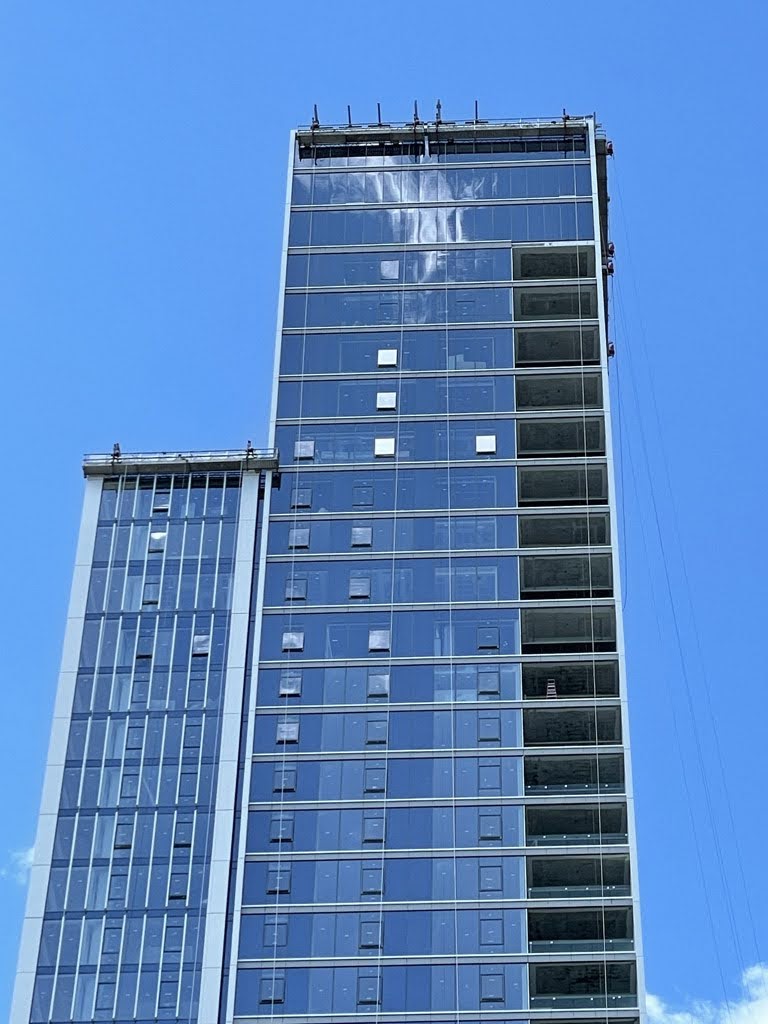 And for today’s musical selection you will have to use your imagination to hear the T at the end of Our.  Ha.  Enjoy.