Birds of a Feather. Scaffolding around nesting Peregrine Falcons

Birds of a Feather. Scaffolding around nesting Peregrine Falcons 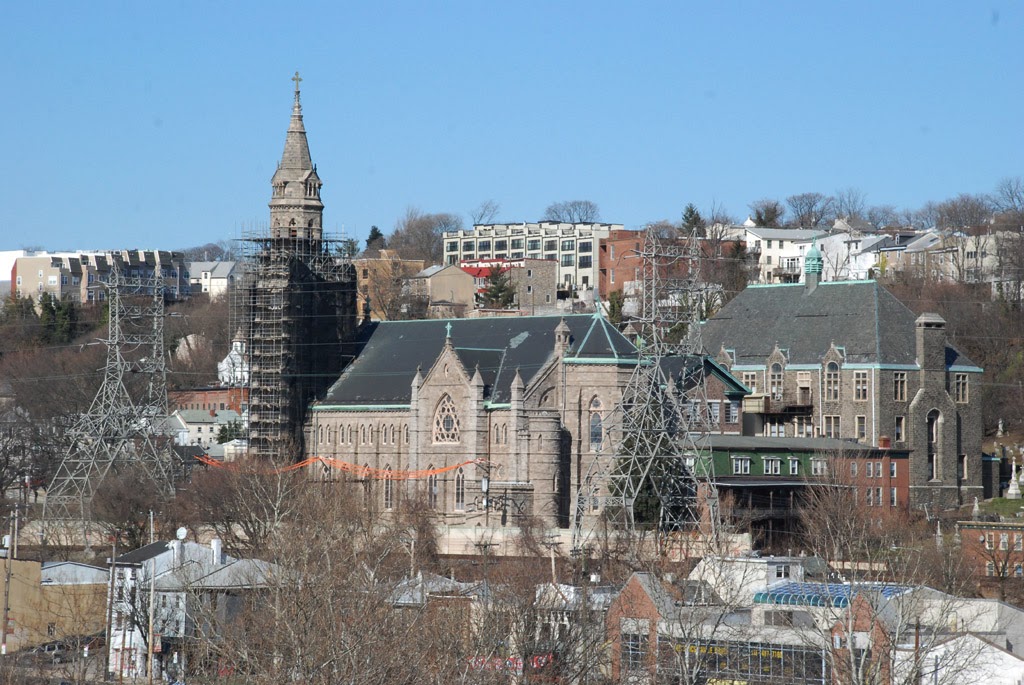 This is certainly a first for us in our 65 year history. We’ve erected scaffold just about everywhere and to all kinds of timetables. But we’ve never had to build scaffolding around the schedule of mating peregrine falcons.

It seems that the steeple of the Church of St. John the Baptist in Manayunk is the nesting place for a pair of peregrine falcons and also a protected sanctuary designated by the Pennsylvania Game Commission Bureau of Wildlife Management (say that 3 times really fast).  Peregrine falcons were originally cliff-nesting raptors so this steeple, high above Manayunk acts as a suitable replacement. 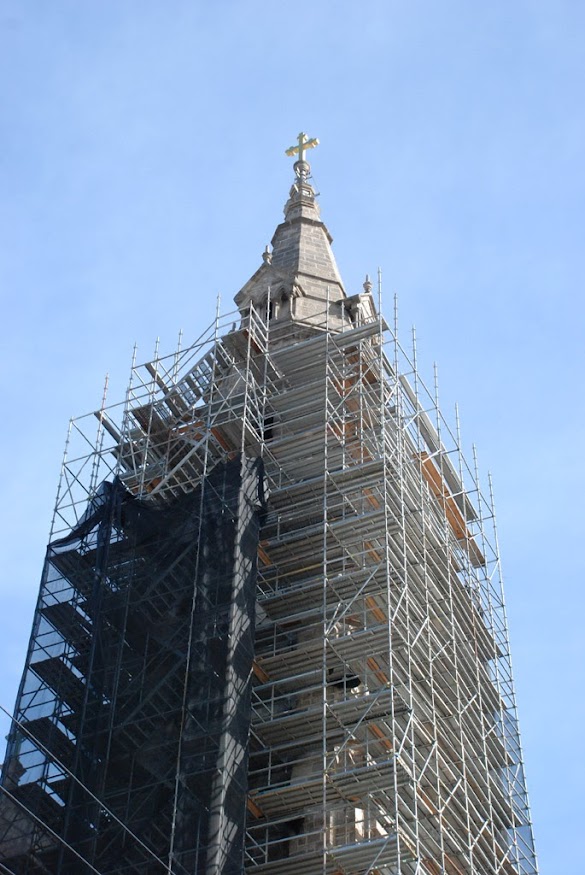 When Joseph Dugan called Superior Scaffold to help them in the renovation of the this 1890’s church we had more to worry about than just the condition of the historic building and power lines right next door. 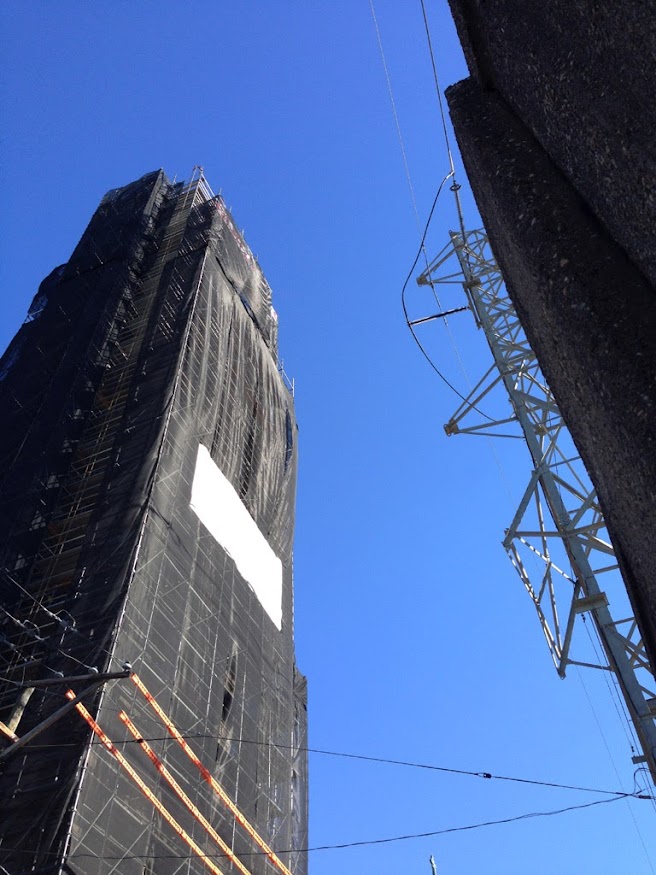 We had the fate of two falcons and their young in our hands as well. The job was actually planned around the nesting time of the falcons. We had to work closely with the PGCBOWM to insure that our scaffold was erected and dismantled by a certain time so crews could repair, repoint and replace the heavily damaged portions of the church and steeple before the falcons came back to roost.

We needed to get renovation crews to the top of the steeple first so work could be completed there by February and then taken down in time for the returning falcons to nest. 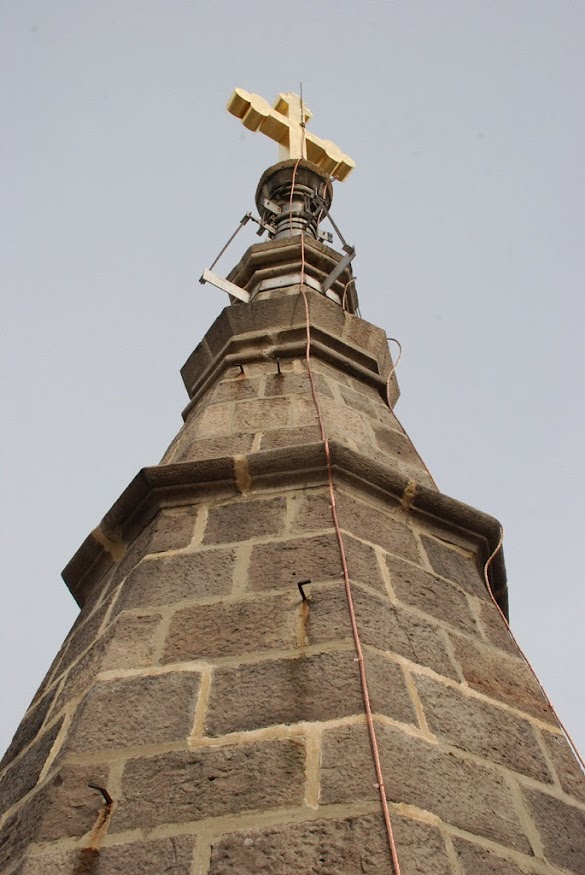 At the same time, work was being done all around the bell tower, church, and clock faces (that are also being refurbished). 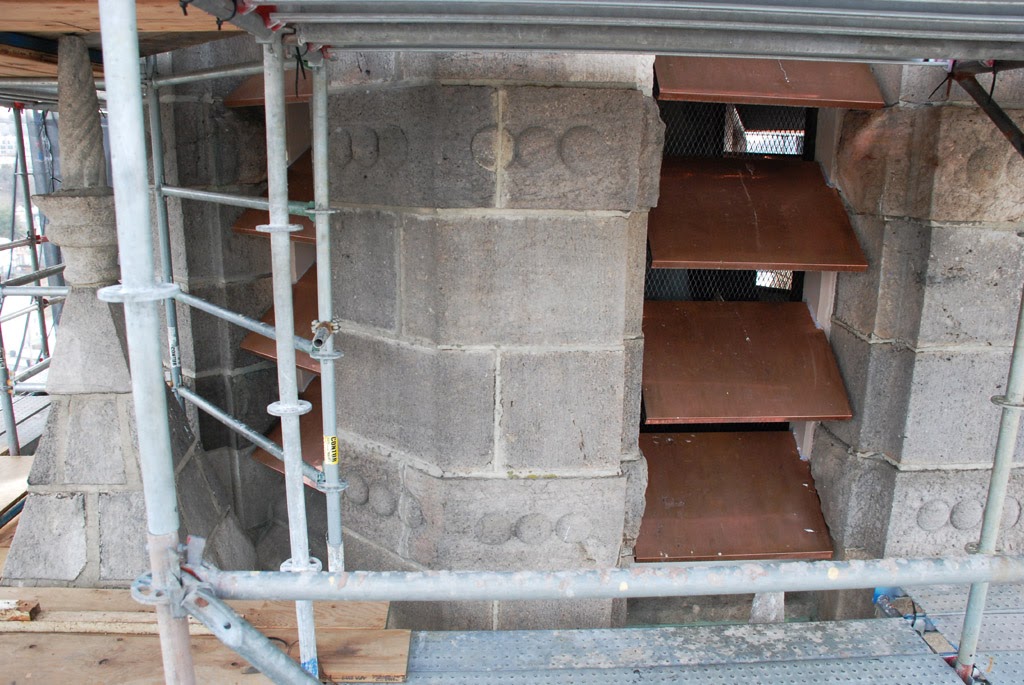 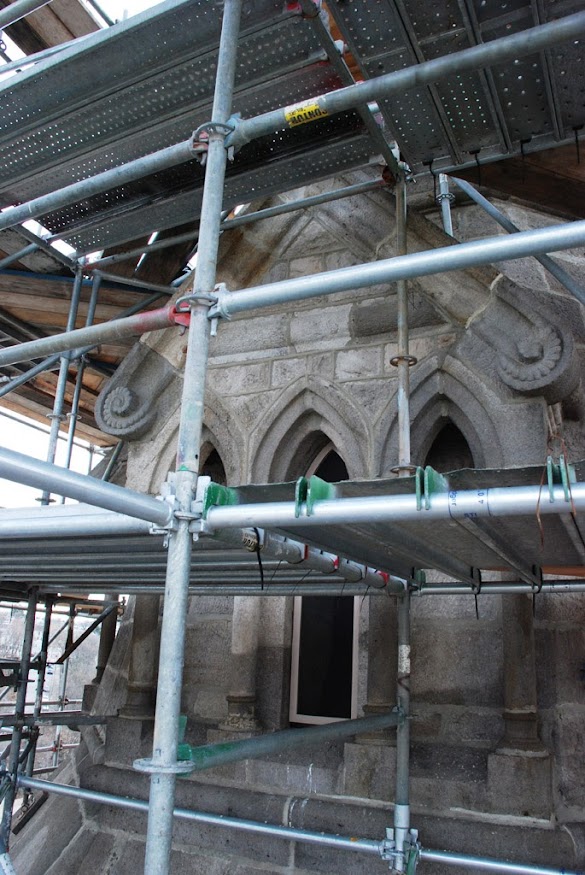 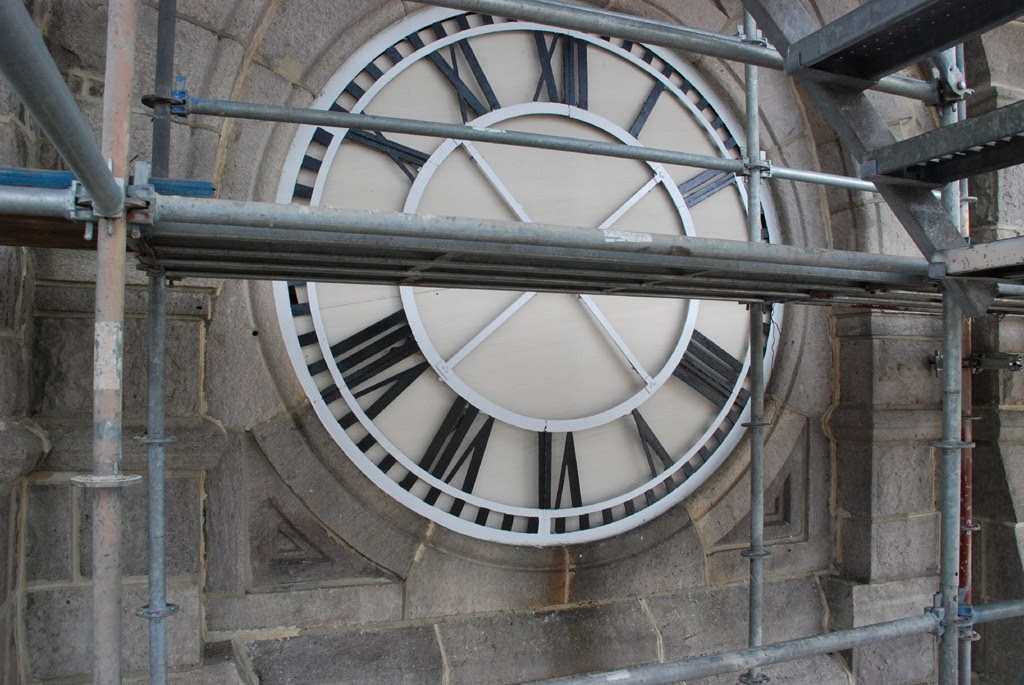 Once the steeple work was finished we dropped our scaffolding down 3 stories leaving the top of the steeple open and accessible for the birds. 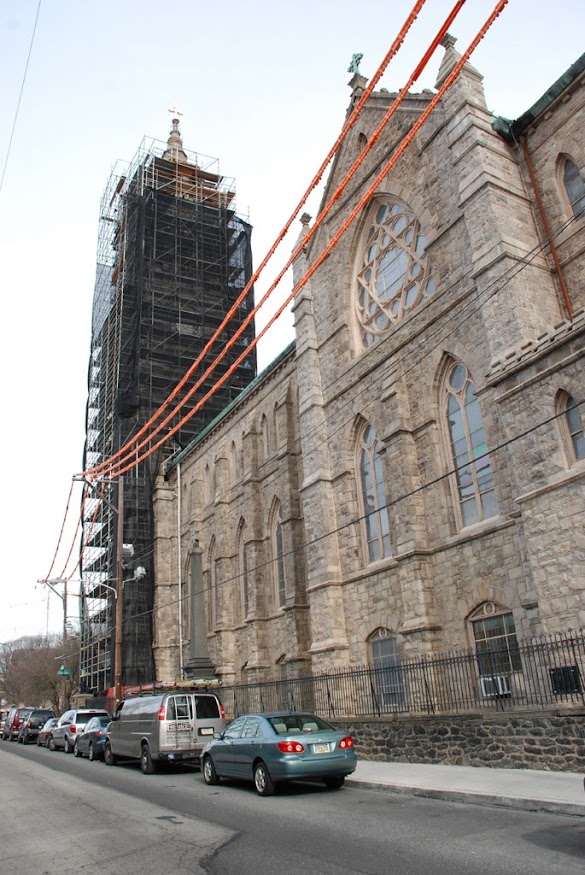 The masonry work that the guys from Joseph Dugan did on the repairs is awesome. Just look at some of the pics. 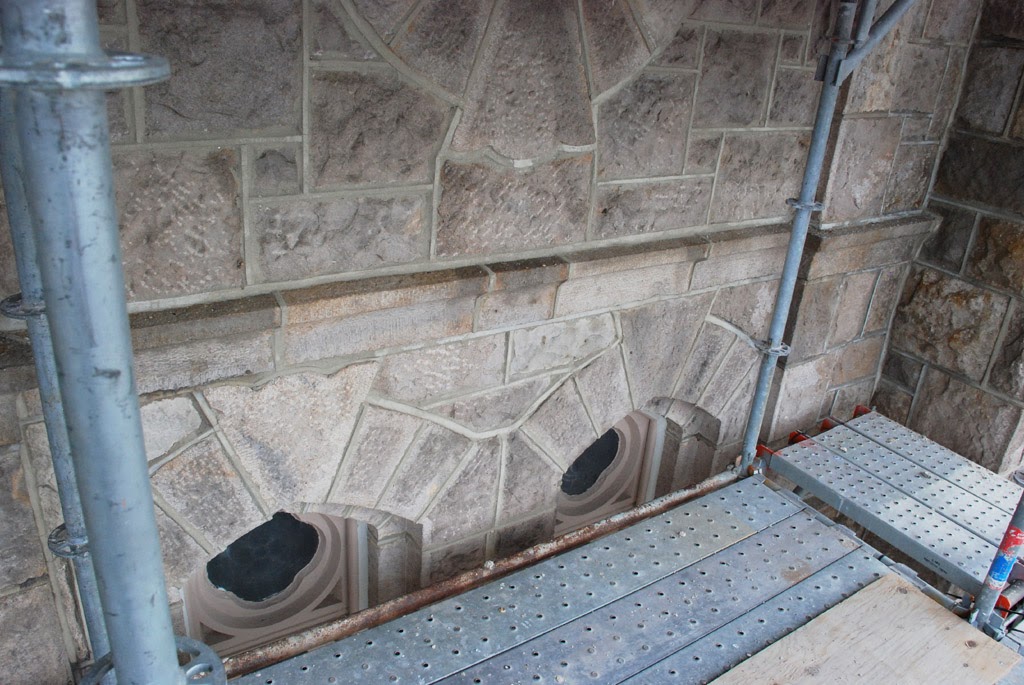 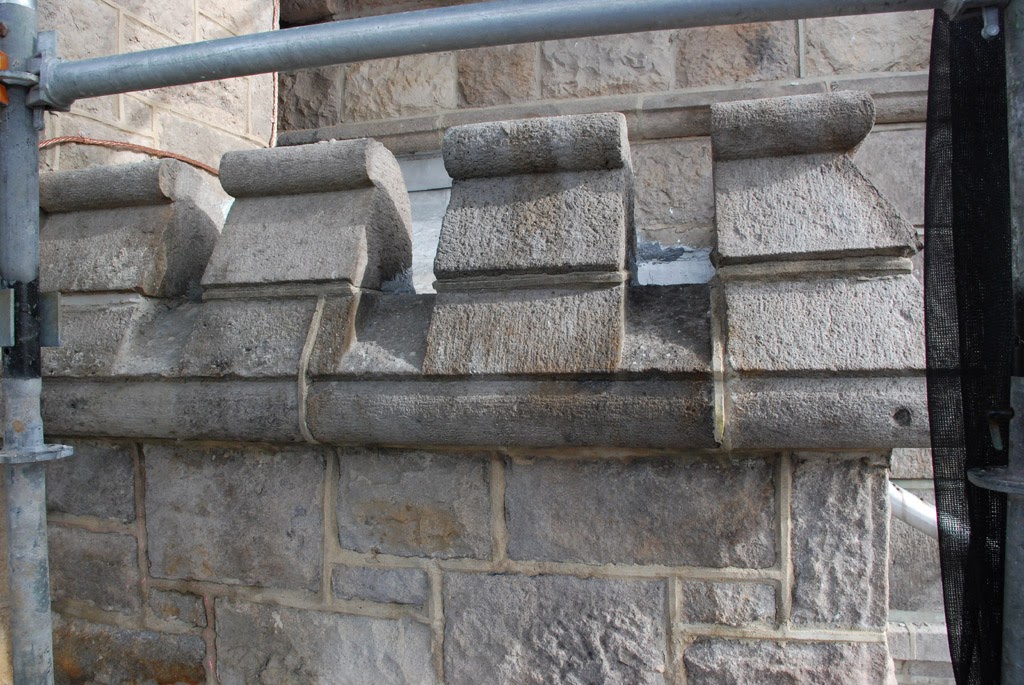 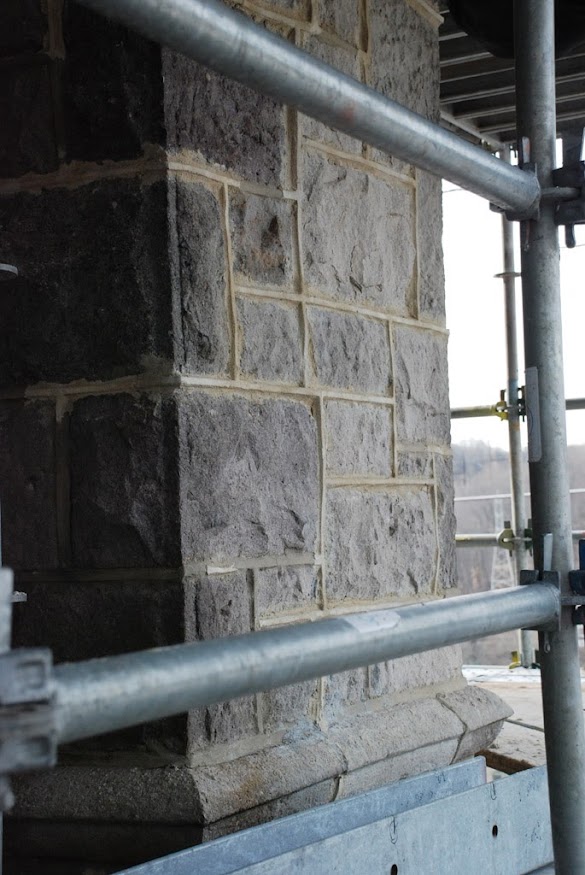 Besides the falcons, we had several other issues we had to worry about like the high tension power lines just across the street, the high winds for the netting, and even a giant banner that went up when the Pope visited Philadelphia. 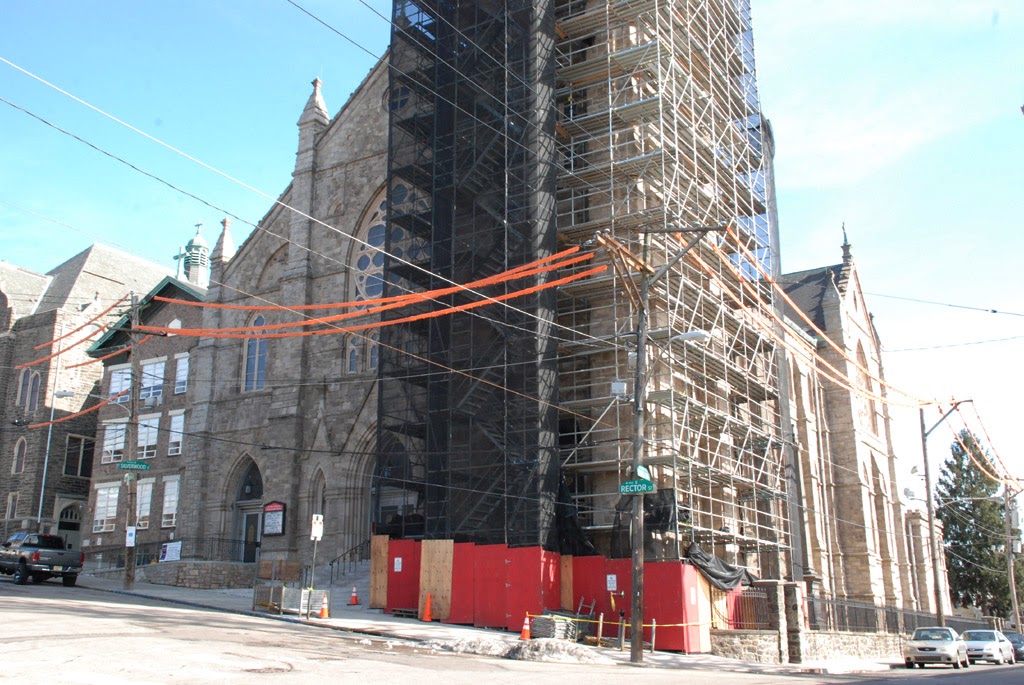 We used system scaffold and then netted the entire project for containment. We also put up an overhead protection system workers could come and go as needed. 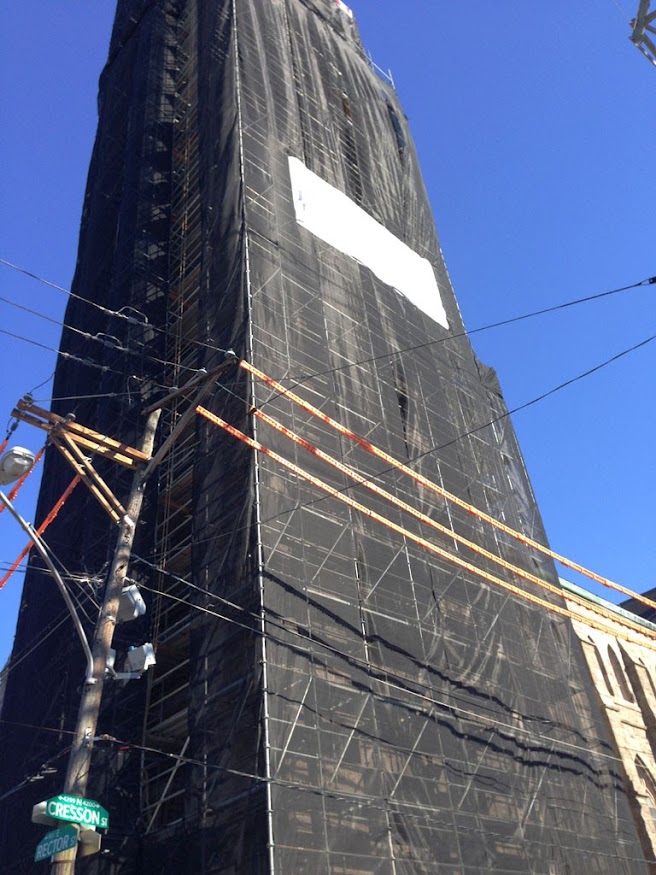 And like the falcon, we gave crews complete access around the church. Just look at how we constructed scaffolding over and around these incredible decorative spires and objects. 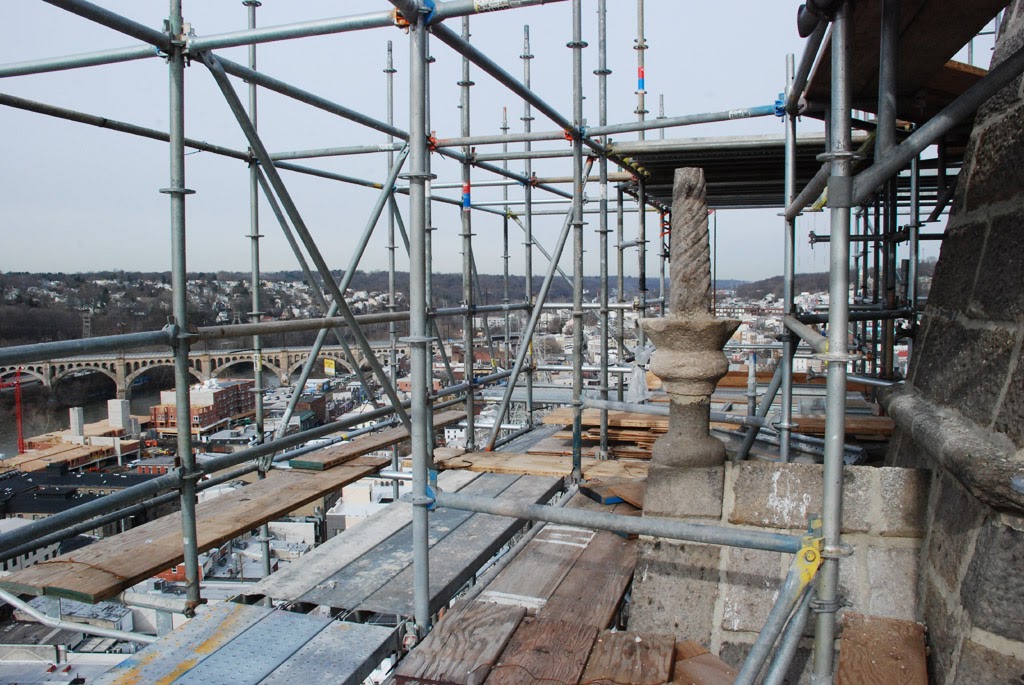 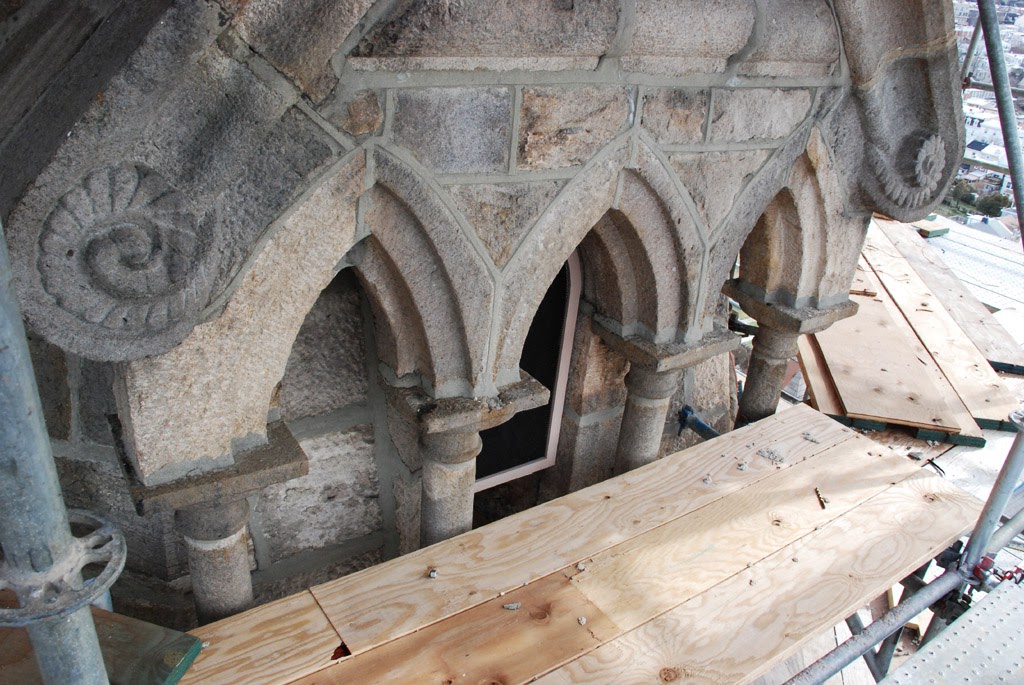 The architecture is truly amazing here. 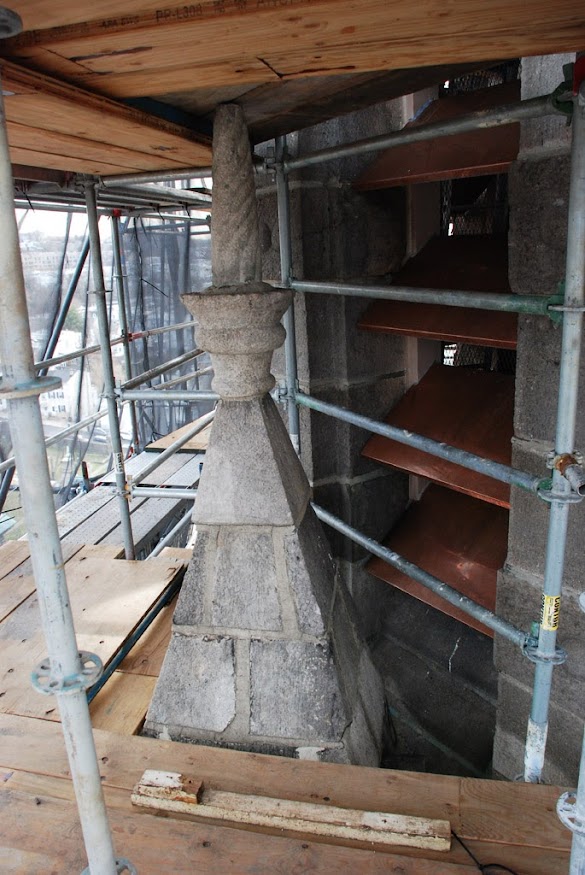 They just don’t make buildings like this anymore and that’s why they are so important to keep up and around so future generations can see just what amazing craftsmanship went into these structures. 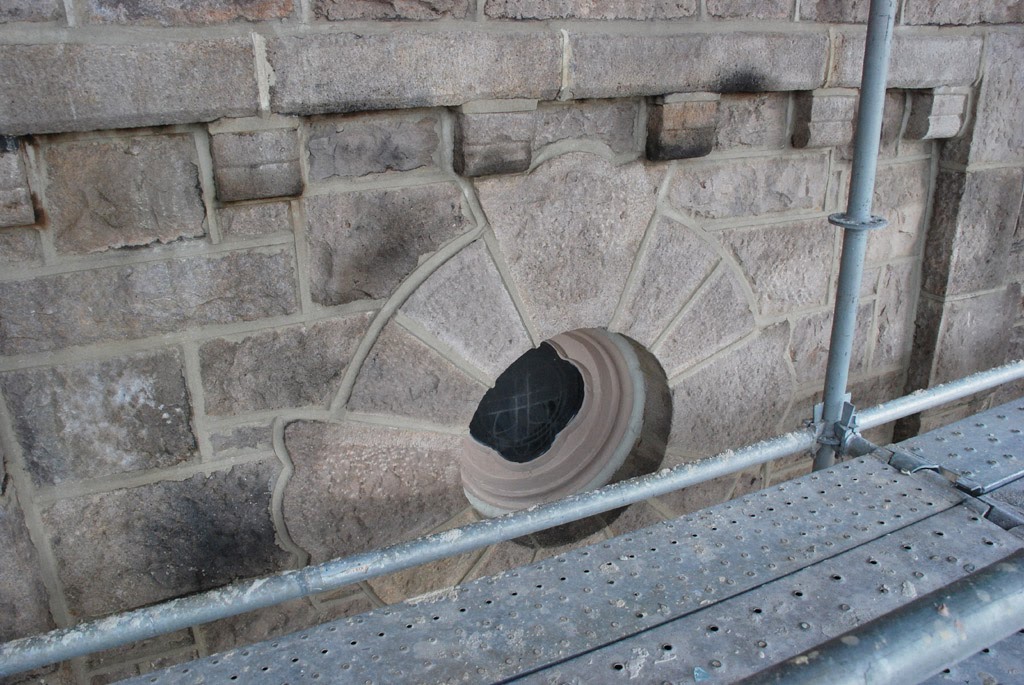 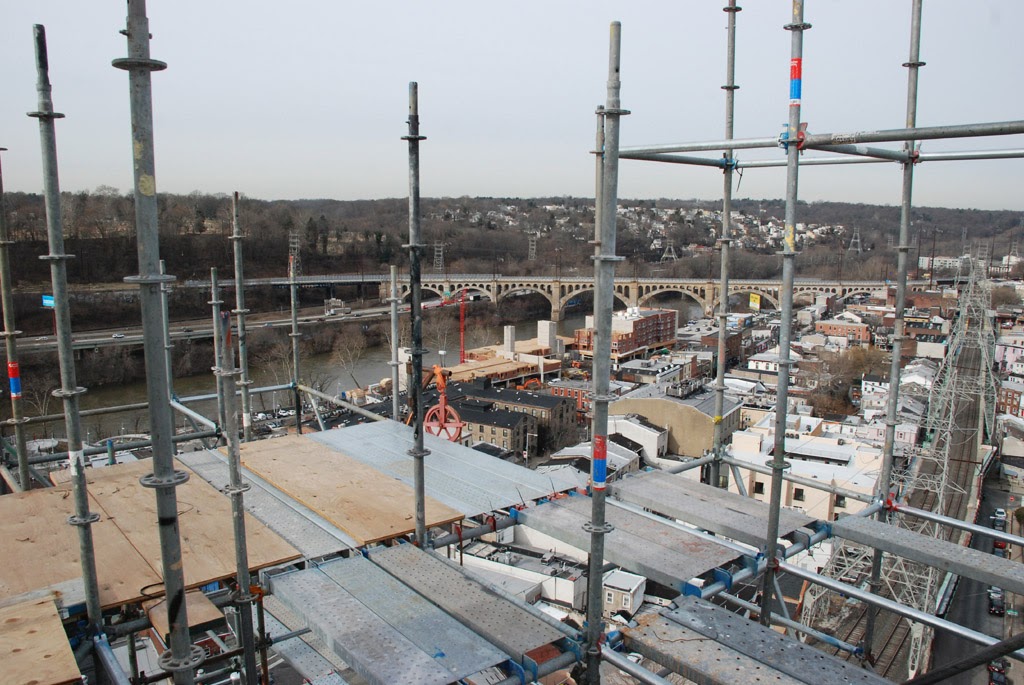 If you look carefully, you can see the Manayunk bridge / aka Green Lane Bridge in the background. 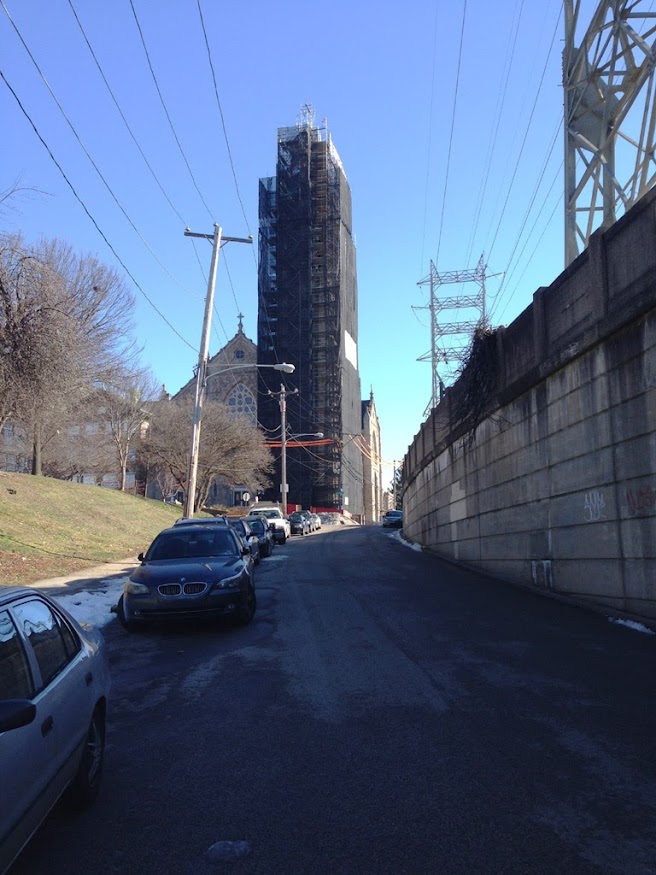 And just to the side of the church is the Septa Manayunk/Norristown line. 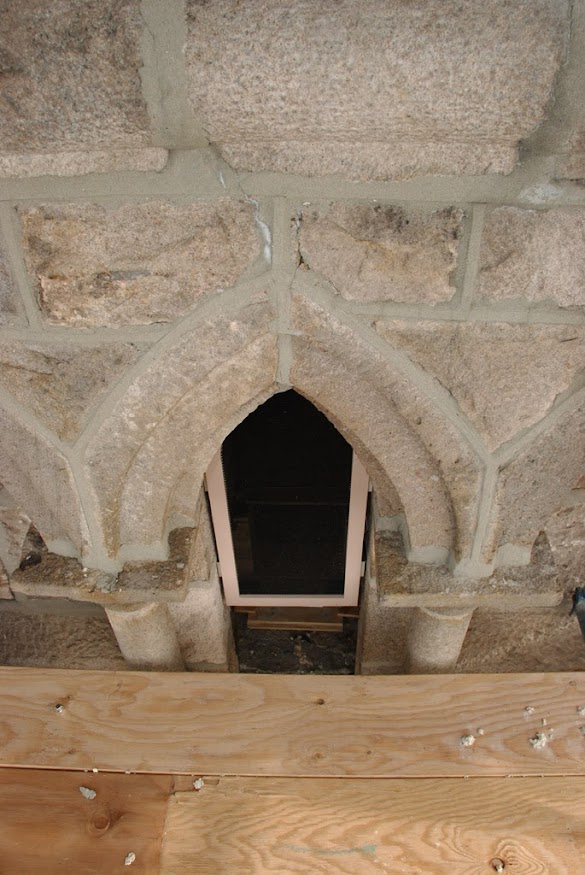 But again, the main concern was working closely with the Bureau of Wildlife to hit their deadline so the falcon’s nesting period wouldn’t be interrupted. There is a really cool article here that details the study going on and the bureau’s attempt the reintroduce them back into the wild.  And here’s a link to the PA Department of Environmental Protection and a webcam where you can see nesting peregrine falcons live.

I had no idea that they are the word’s fastest animal and can dive at speeds of 230mph – making them one bad ass predator! They love to hunt pigeons and that’s one of the main reasons for their protection – they help control that ever growing population. They are also known as the duck falcon and unbeknownst to me, they swoop down with such speed and actually smash into their prey with their breastbone basically knocking them senseless so they can then can then kill them. They also have a special nodule on their beaks that port air when they dive at speeds over 230 mph so their lungs don’t explode from in taking too much oxygen. Wow. 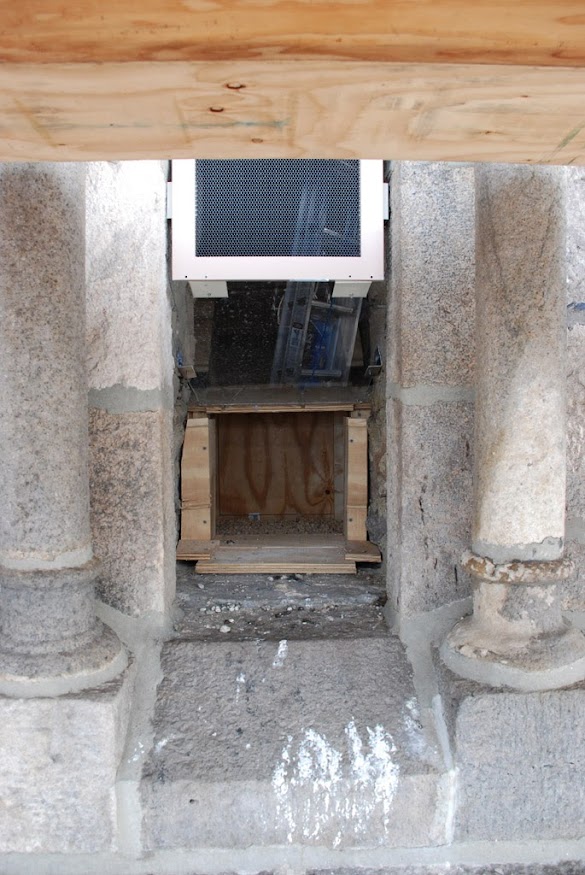 I must admit, when I climbed all the way up the scaffold, over 200 ft in the air, with great anticipation, to see the area designated for nesting birds I was shocked when I finally got there. No disrespect to the birds or the Pennsylvania Wildlife Bureau but I was expecting a giant cage-like contraption up there. And what I got was this – about the size of two shoe boxes.  But I guess that’s all they need.  And it’s a glorious view for them overlooking historic Manayunk and the Schuylkill river. 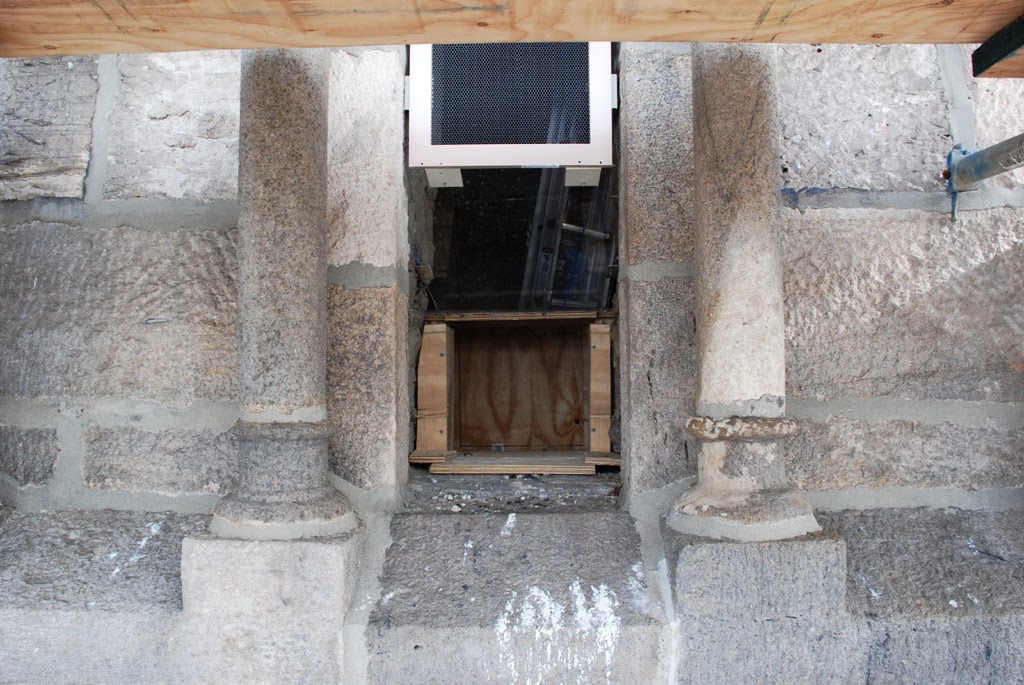 Crazy to think that two birds and their young could nest in there but then I remembered that the peregrine falcon is on the smaller side, about the size of a crow. 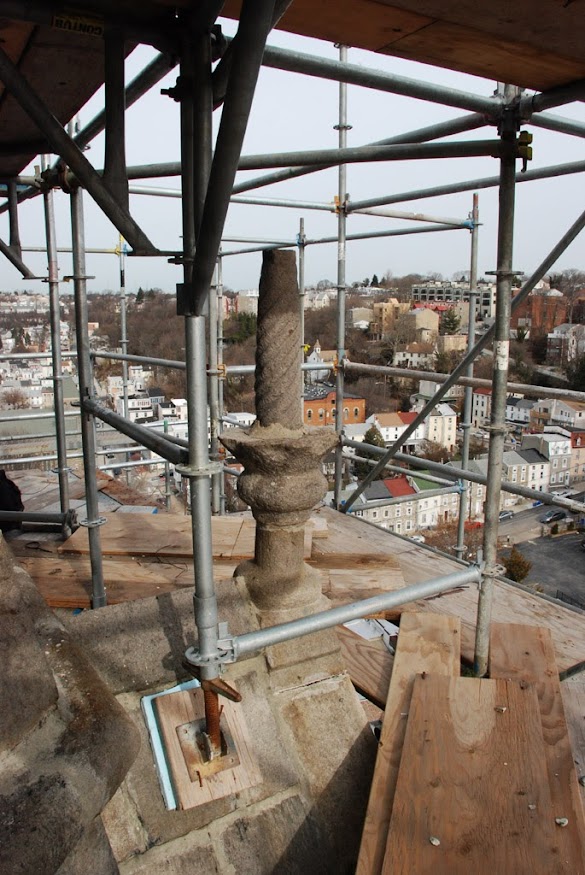 It was interesting to me that our entire scaffold job (and Dugan’s repair work) was predicated upon the mating habits of two birds. In the end, we got the crews up and out in our allotted time frame, the work looks awesome, there were no issues – and the birds should be coming home to roost in the next few weeks! 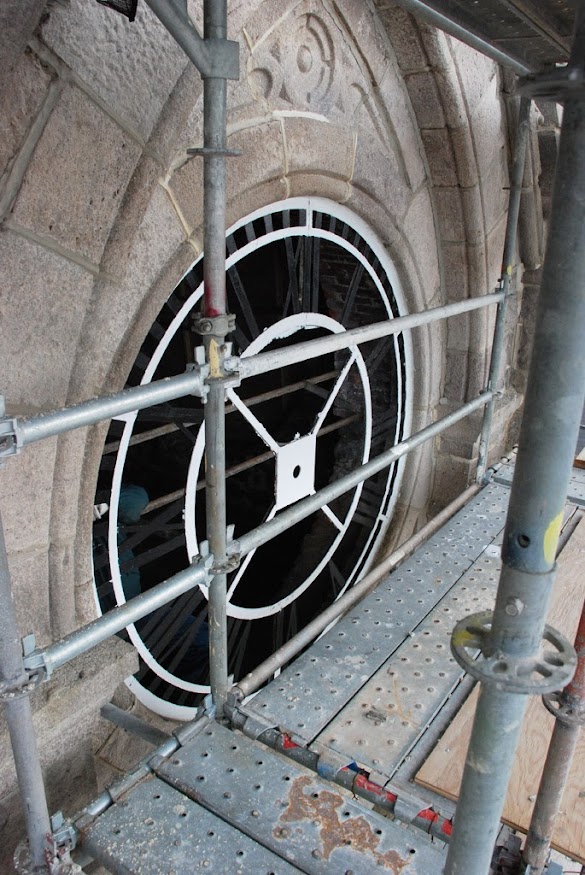 Work on the clock faces will continue on into the coming months as well as more repair work around other parts of the church. I’ll try to report back on whether the falcons were successful in their mating this year. 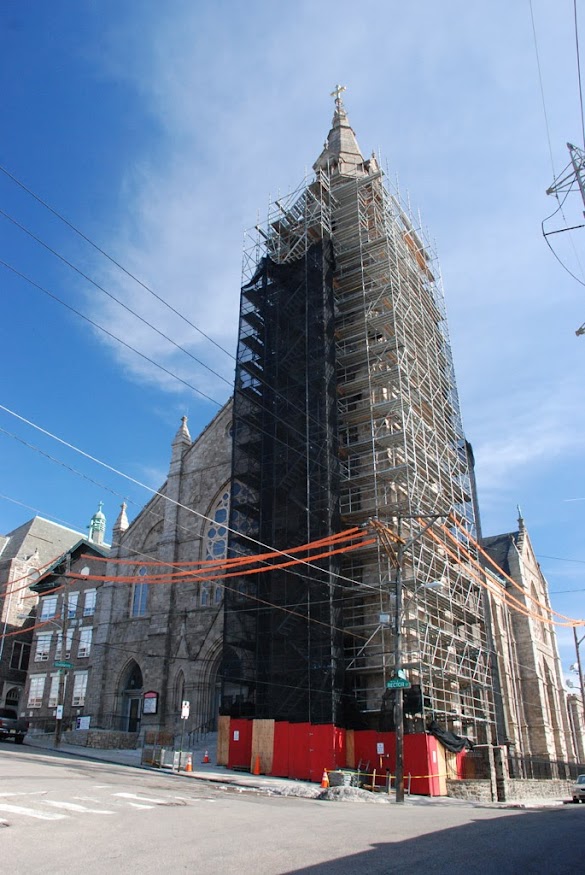 If you need scaffolding, scaffold, shoring, overhead protection call Superior Scaffold today at (215) 743-2200 or visit www.superiorscaffold.com to see more of our work. 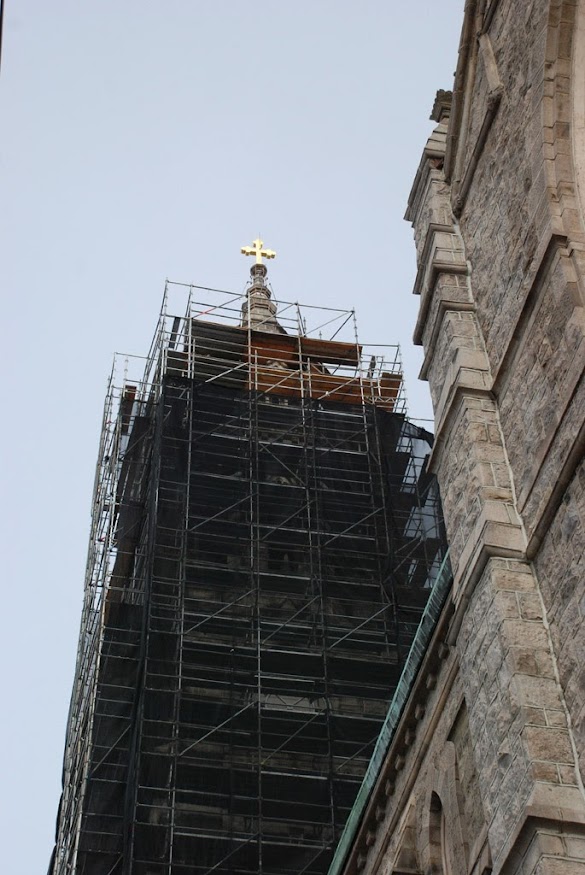 Here’s a cool video about the peregrine falcon. Enjoy.

And some more information about the church and Peregrine’s.