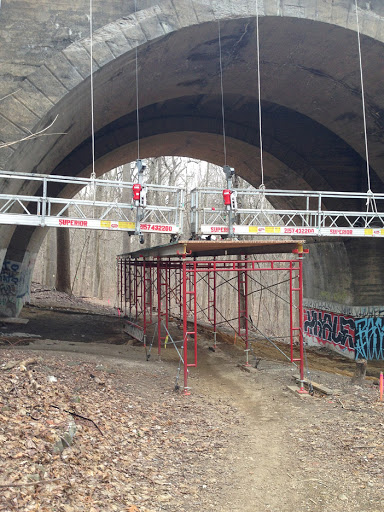 Okay, I know I’m reaching but that’s the way I do things around here. You see, the water or “crick” as my salesman pal, Patrick “Laddy” McAndrew, calls it is just fine as are the bike, walking and horse paths.  It’s the Walnut Lane Bridge in Philadelphia, PA that’s in a bit of trouble. I mean, heck, wouldn’t we all be at that age? Completed in 1908 that would put our gorgeous work of art at 108 years old and probably in need of a facelift. 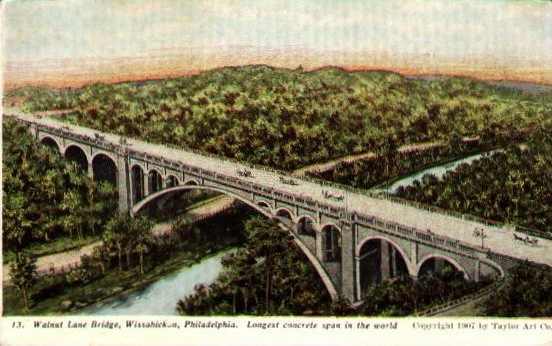 So that’s what they are doing, giving the old girl a facelift. And you have to admit she’s a thing of beauty. 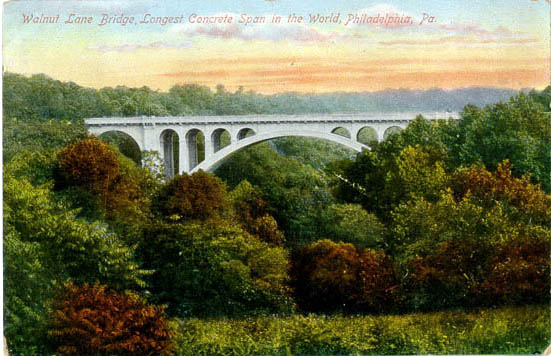 One hundred and forty seven feet high, five hundred and eighty five feet long with six majestic arches in her design. She carries roughly 16,810 cars across her per day. 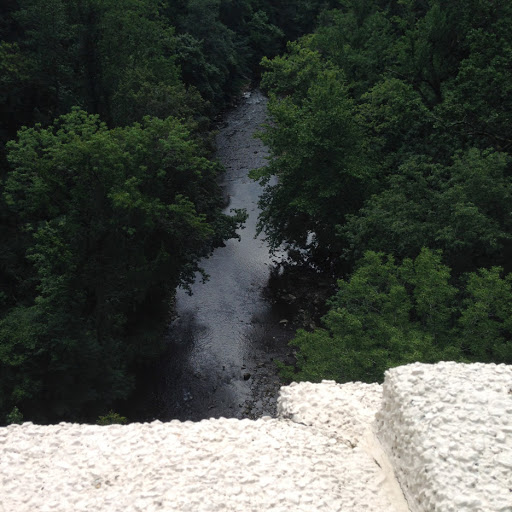 But you didn’t come here to the Superior Scaffold blog for a history lesson. You came here for the goods. And you know we always deliver the goods. 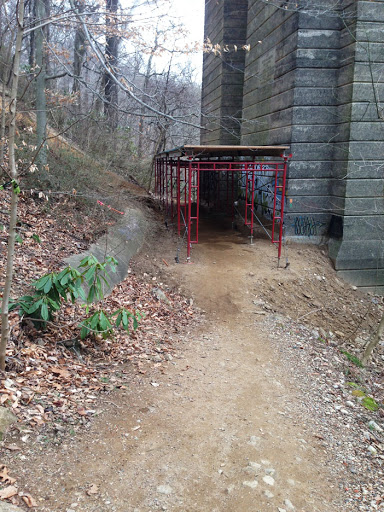 The plan here is to remove the existing bridge deck and replace it with new concrete. And while they are at it they will replace the sidewalk, sidewalk supports and the handrail system and repair the bridge abutments and piers. Whew – that’s mouthful. But you can see some of the damage in these pics. 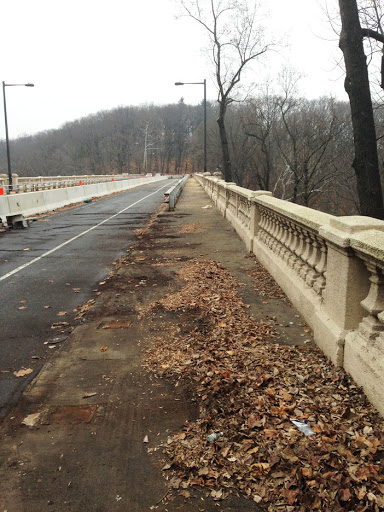 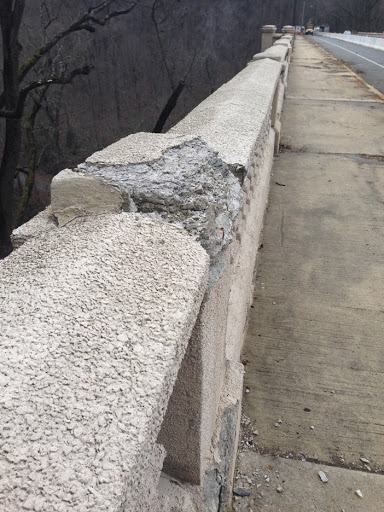 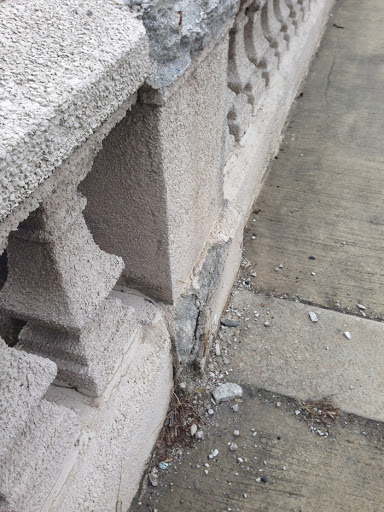 So we did a couple of cool things on this job. We erected canopies at the bottom of 3 arches where there are trails for walking, running, biking, and horseback riding. 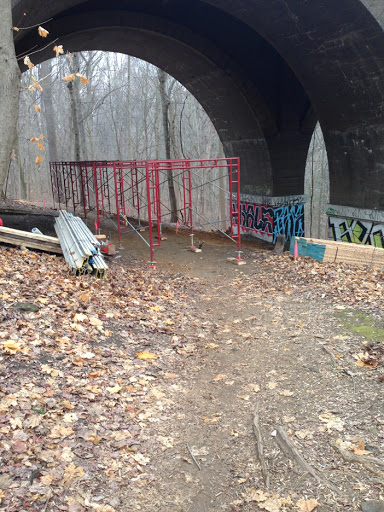 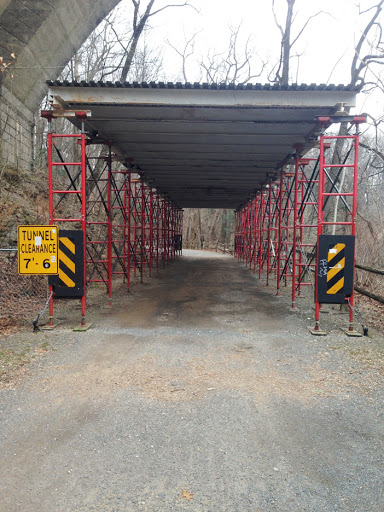 But they wanted it raised up a bit so the horseback riders could go underneath it. 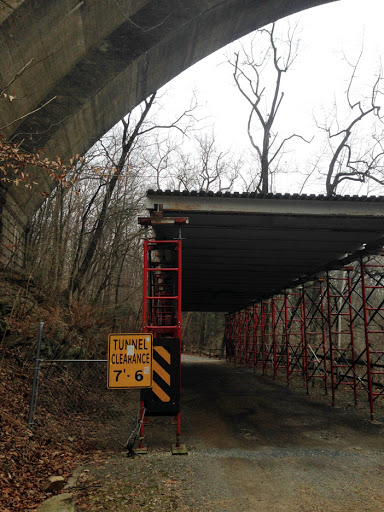 There was a news story about it but it has been removed. 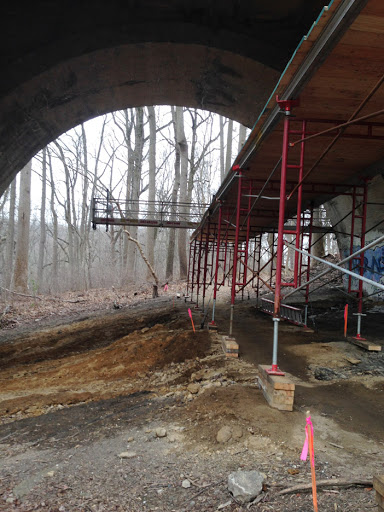 On the others we used our big canopy frames and then decked them out on top for a couple of reasons. One, to protect the pedestrians passing beneath them two to use as landing pads for our swings that also ended up on the job. 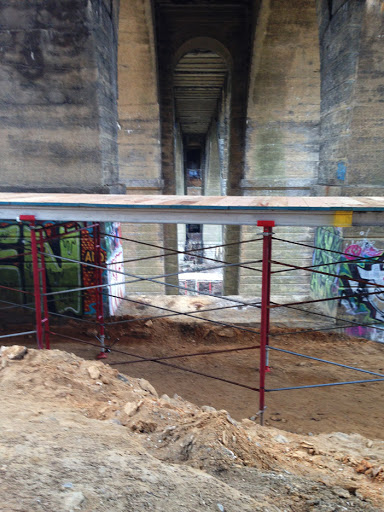 Each canopy or overhead protection system was 80 feet long X 8 feet wide X 10’ high. You can see some of the shots with the majestic bridge in the background as our crew erected the sidewalk sheds. 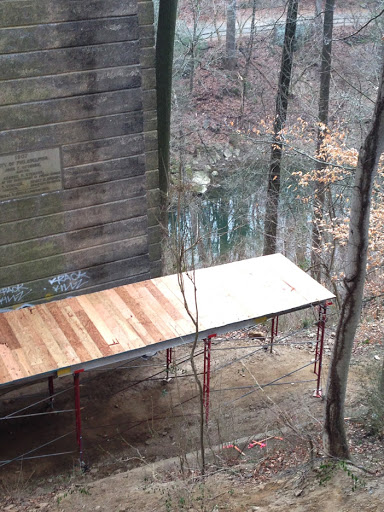 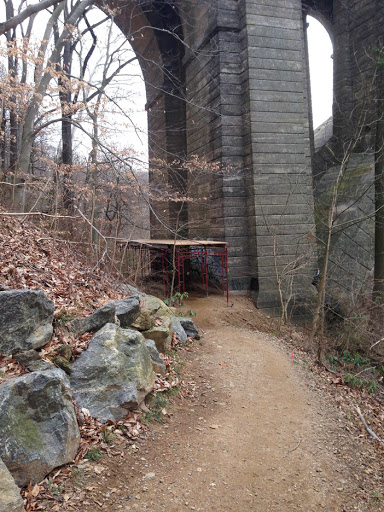 The really cool thing about this job is not only did we assemble canopies in several arches of the bridge but we used a really cool system to provide crews with suspended scaffold to get to parts of the old gal that need repair. 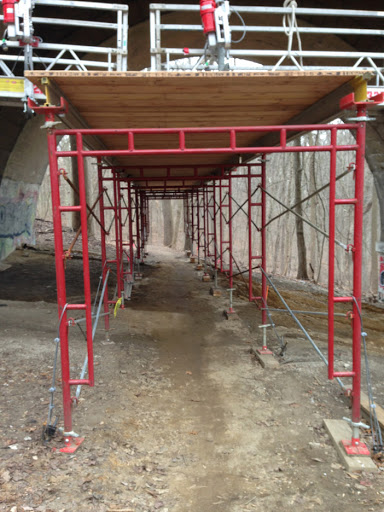 What’s cool is that we couldn’t use our standard method of hanging them over the side (it was just too fragile) so instead we drilled holes in the concrete and fed the drop line down through the hole to the swings below. Each line was attached on top of the bridge with this nifty tripod mount (from our friends at BeeAccess). 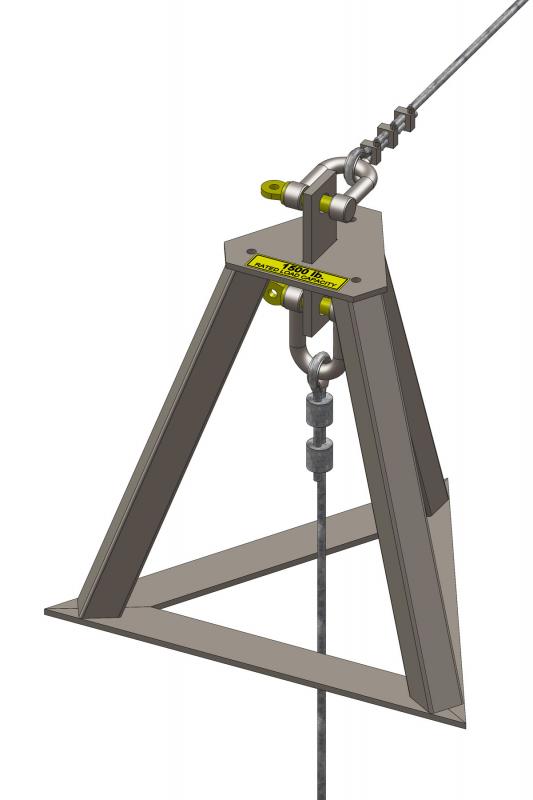 It holds the weight on top of the bridge allowing the swing stage and the crews to dangle beneath and do their work. 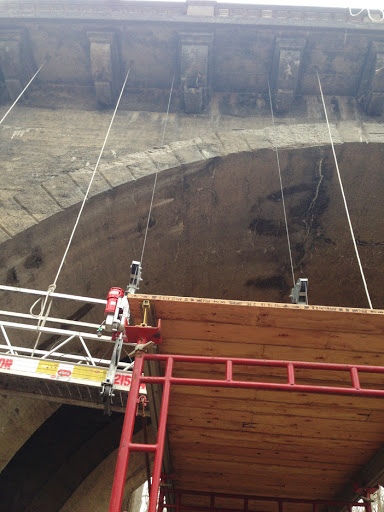 And then we used a tie-back cable that is attached to a steel plate mounted directly into the concrete behind the tripod mounts. Those are safety lines that will hold the suspended scaffold and their crews should the tripods fail. This system was designed by our resident “King of Swing” Bob Sarkisian. The swing stages are Altrex and the motors are PC-1.   I will try to get some pics of it. 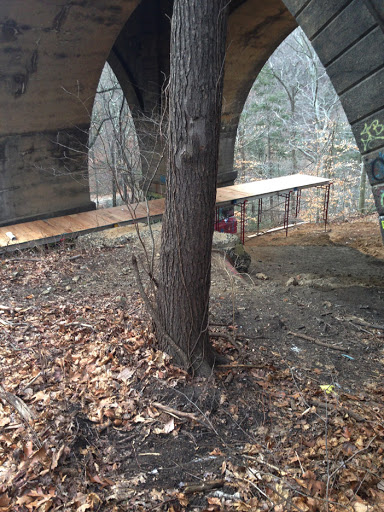 This system is allowing crews to get the job done while also protecting anyone hiking, running, walking or riding below. 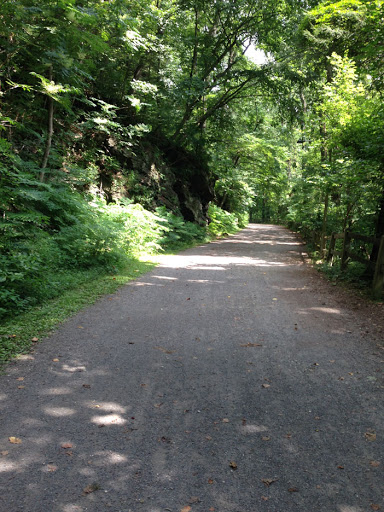 And it’s a great place to do all of these things. Just take a look at this bridge and the views of the creek. 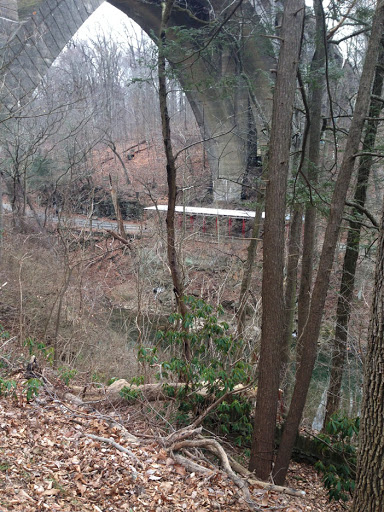 If you need to swing from the highest bridges or hike in the deepest forest call Superior today at (215) 743-2200 or visit www.superiorscaffold.com and we will get you there. 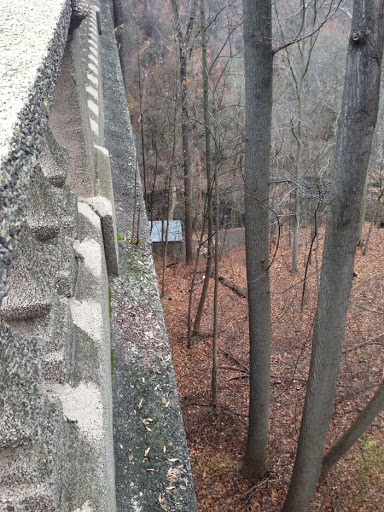 Some history on the bridge: 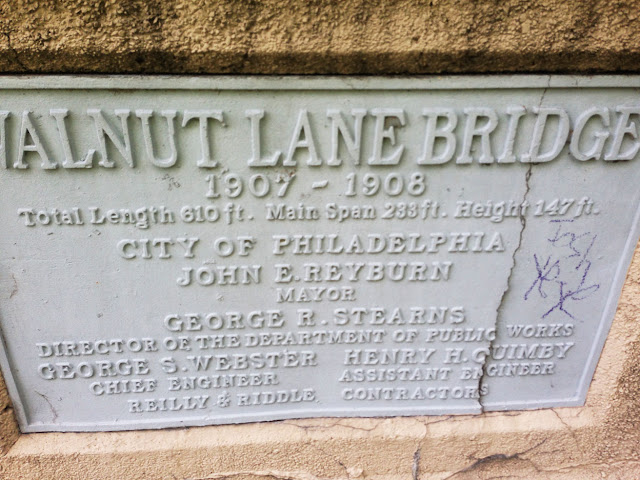 The Walnut Lane Bridge is a concrete arch bridge located in Northwest Philadelphia that connects the Germantown and Roxborough neighborhoods across the Wissahickon Creek in Fairmount Park. Construction began on July 5, 1906 and was completed on October 14, 1908.

And man, oh man, can these two sing. Songbirds, I tell you! Wow. Pat only wishes he sounded like either one of them.

Will the Walnut Lane Bridge be repaired in time for summer? Can the crews remove and repave the entire span of the bridge? Will Underdog save the day? There’s plenty of excitement ahead in our next episode – so stay tuned!!!