This is amazing to me.  How do you add 3 floors to an already existing building?  You probably haven’t thought about that before.  I know that I hadn’t but the people at Superior Scaffold have many times.  In downtown areas space is a valuable commodity so sometimes the only place to expand is up. 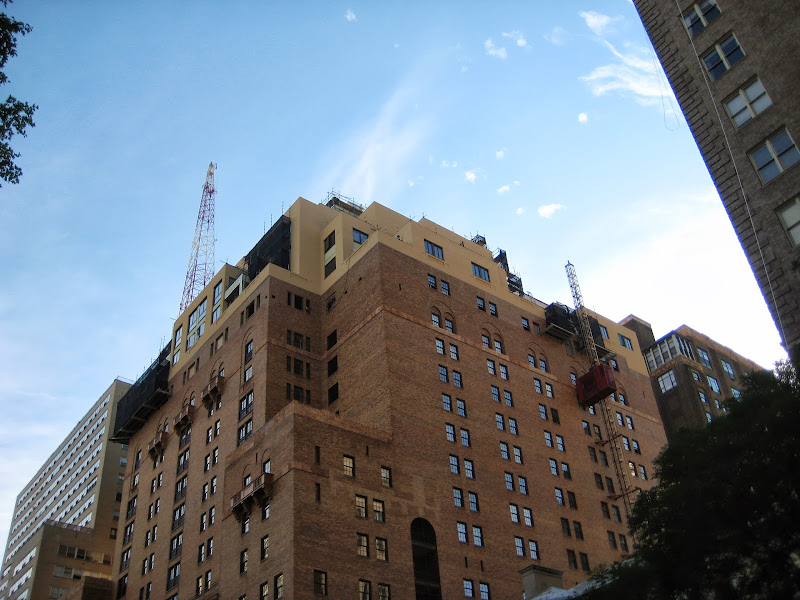 But this leaves a myriad of challenges.  The biggest one being how do we do all of the necessary heavy work outside of the building that needs to be done?  Well, by creating working space outside of the area being built. 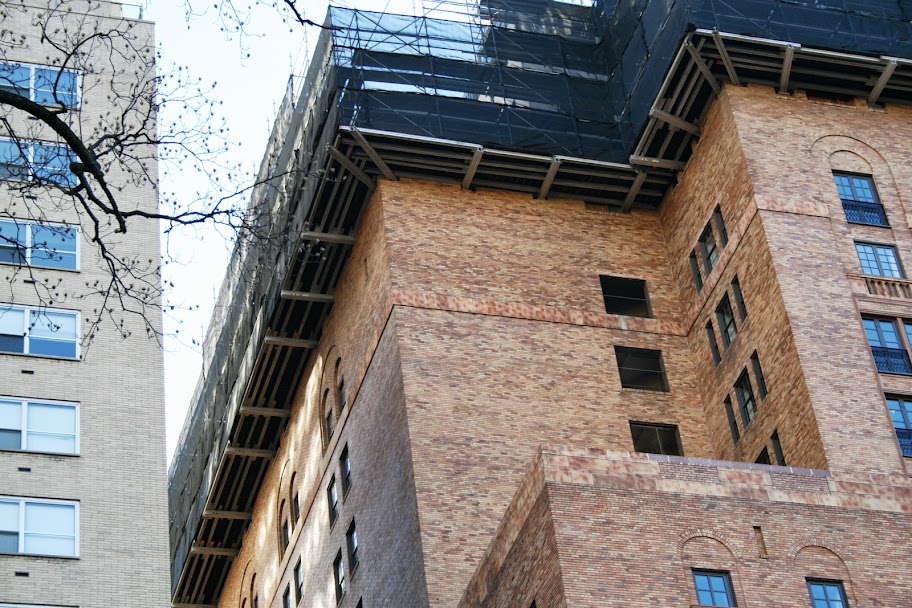 And in this case at the Parc Rittenhouse – there needed to be enough room and support to handle all of the weight for construction materials and the guys laying the bricks, facade and masonry work on the new addition. 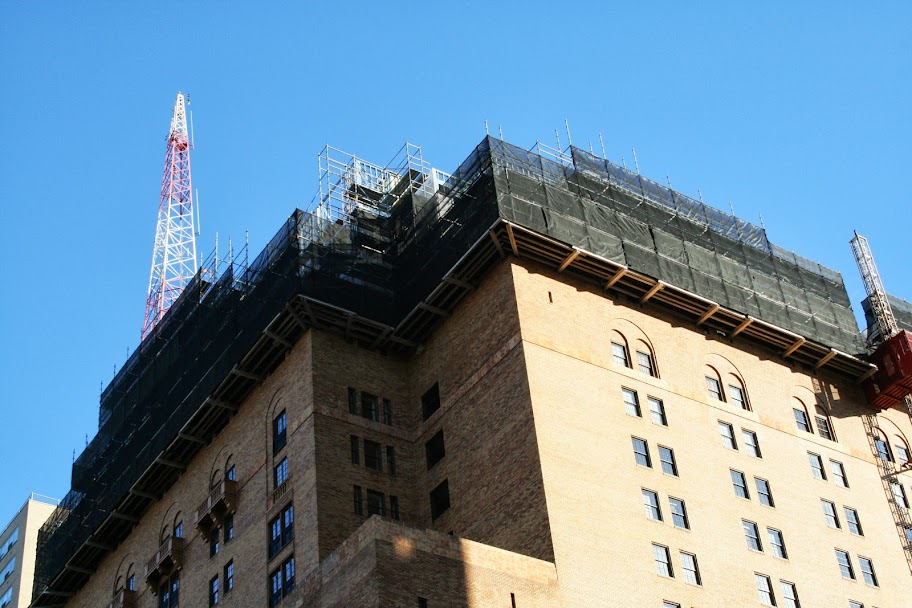 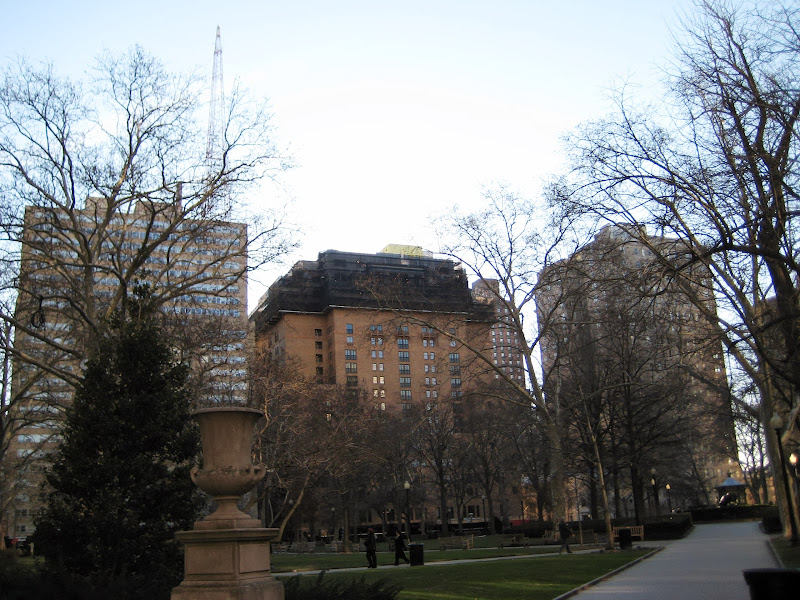 Check out how Superior Scaffold engineers solved the problem.  It wasn’t from scaffolding from the ground up (impossible on this job – the lower roof wouldn’t support it) but from beneath the floors that were being added onto.  They used a high exposure cantilever scaffold system with giant weight supporting aluminum beams.  Check out the photos! 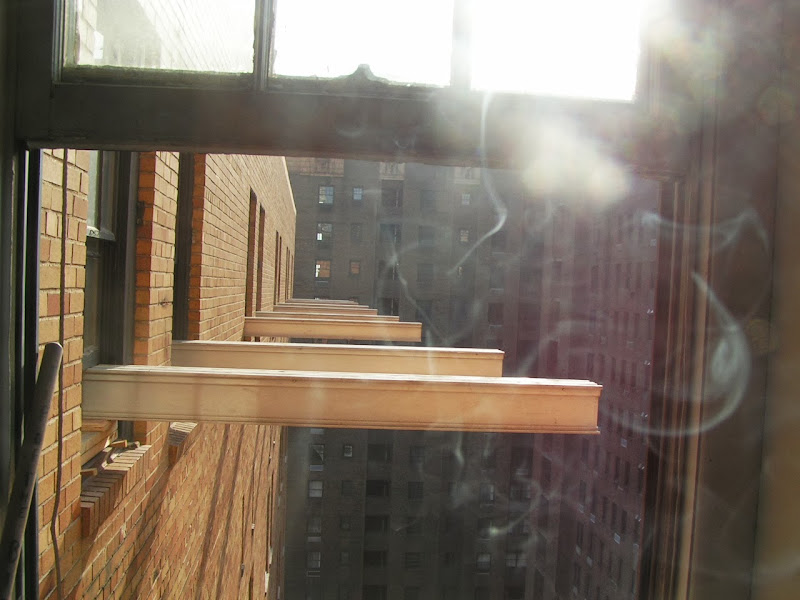 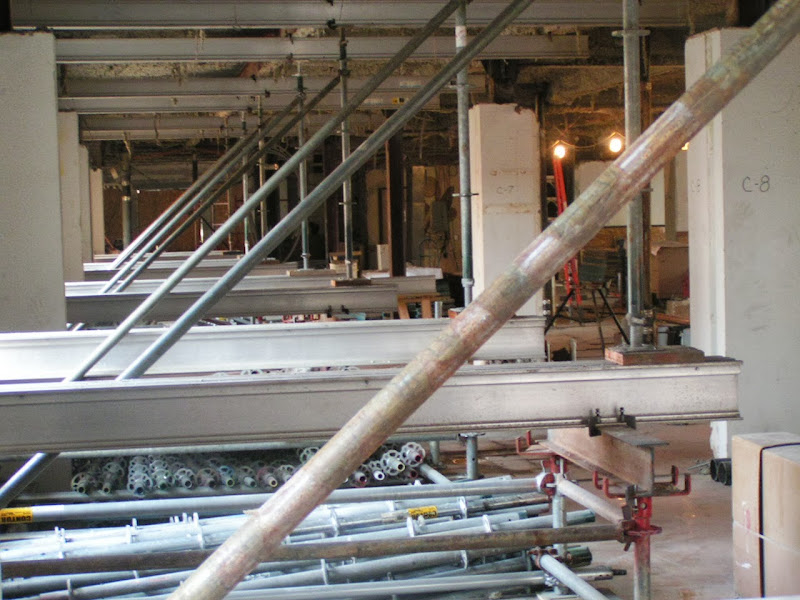 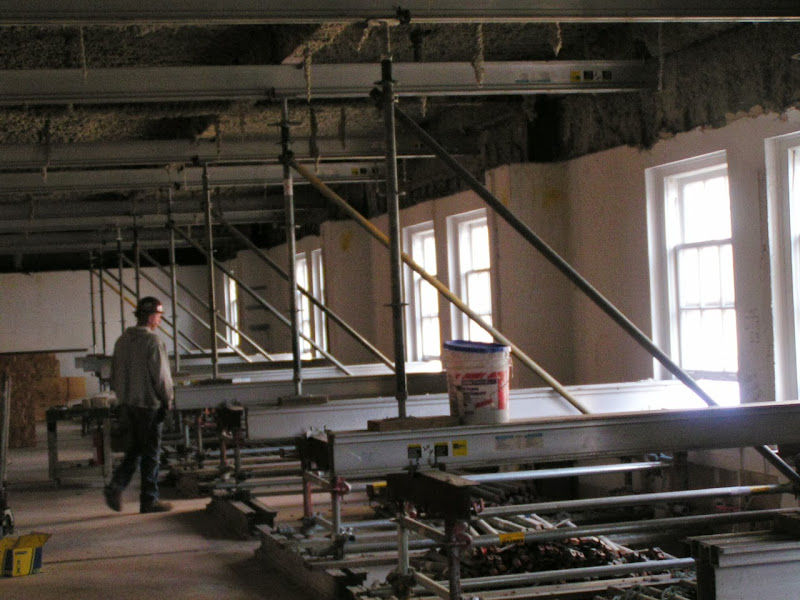 These huge beams are levered inside the floors below and stick out the windows.  They are then counter-balanced with another set of aluminum beams up against the ceiling joists to hold the weight outside of the building.  The ceiling beams are shored up and the system is balanced. 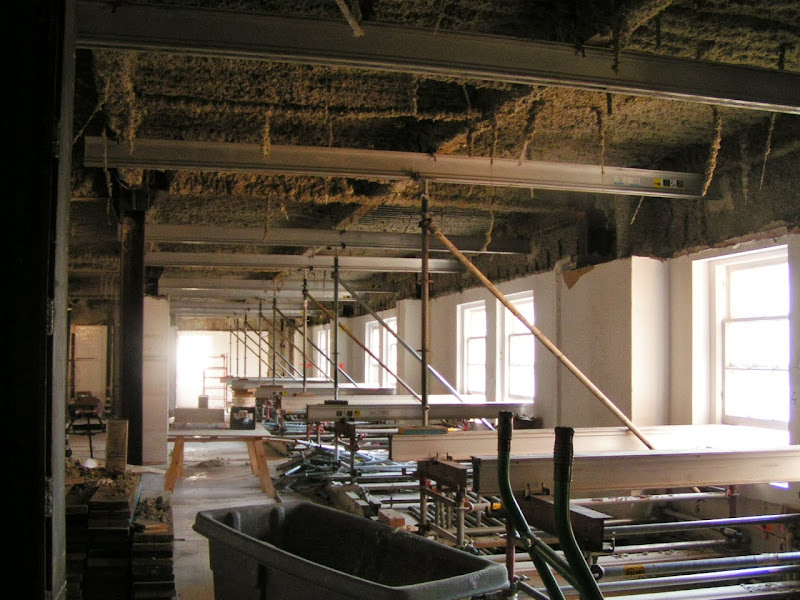 It’s a crazy system but makes total sense.  Let the existing building take the weight and leverage to support anything outside on the beams.  See the photos. 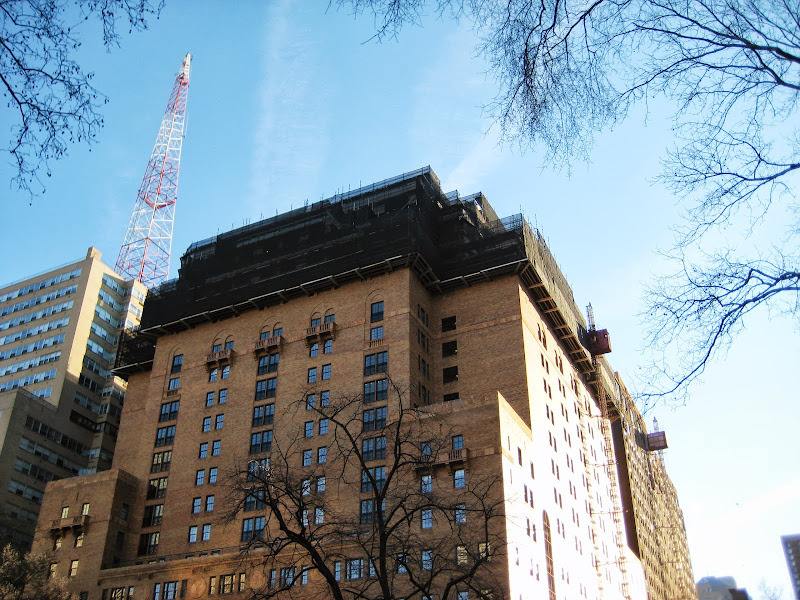 In some cases, like on the corners, crews had to actually cut holes into the brick to stick out the aluminum beams.  And then, they would deck them and add scaffolding. 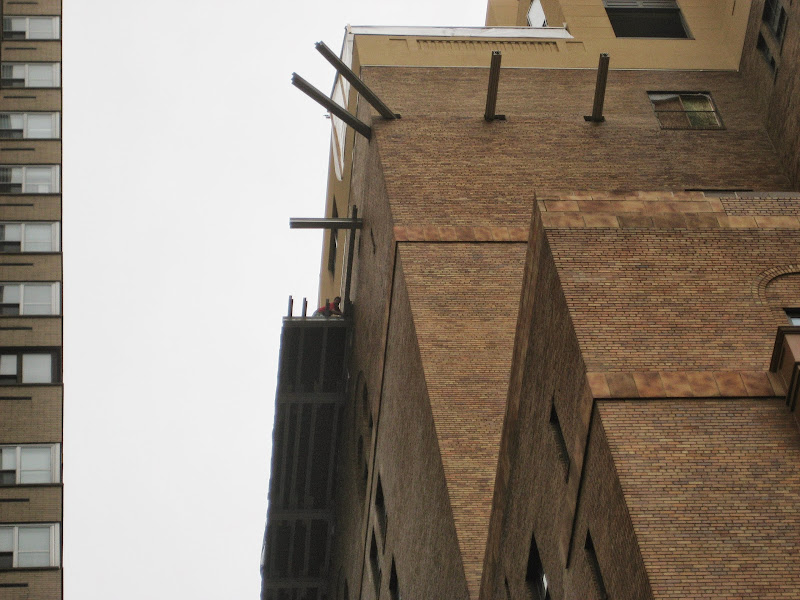 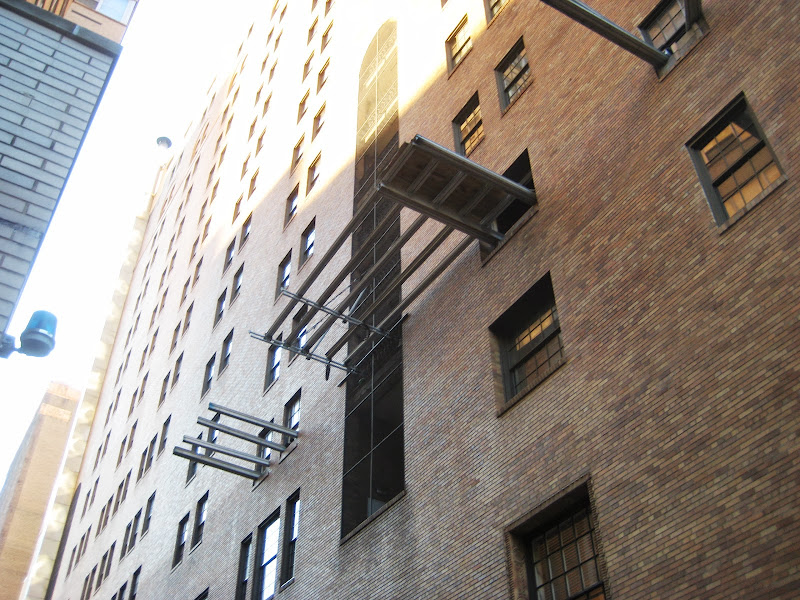 Then, the crews deck it and put any scaffolding onto it to get up the next level.  I don’t know the weight ratio of what it can hold (I’ll have to ask the engineers and get back to you) but it’s a tremendous amount. 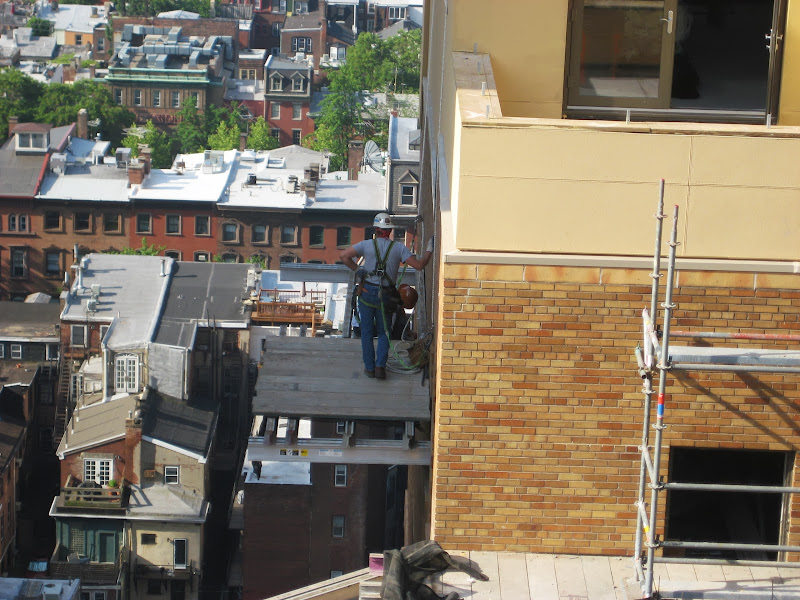 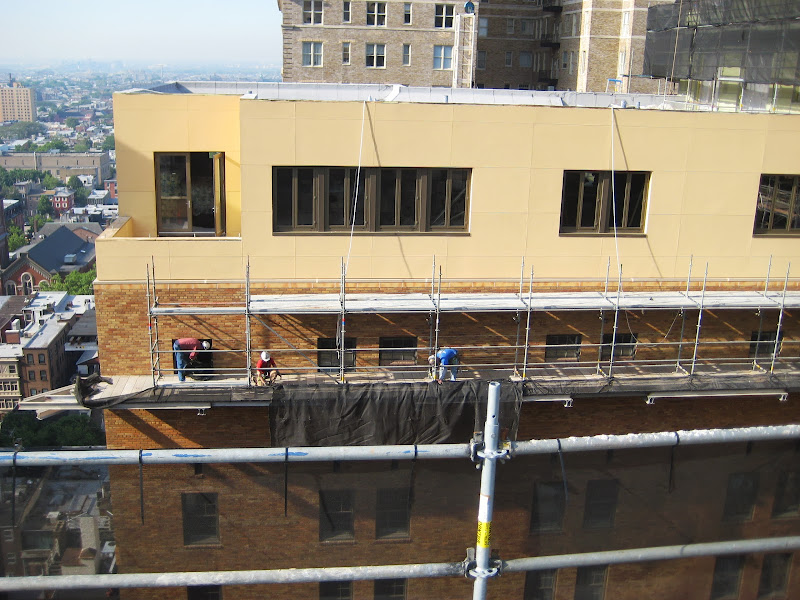 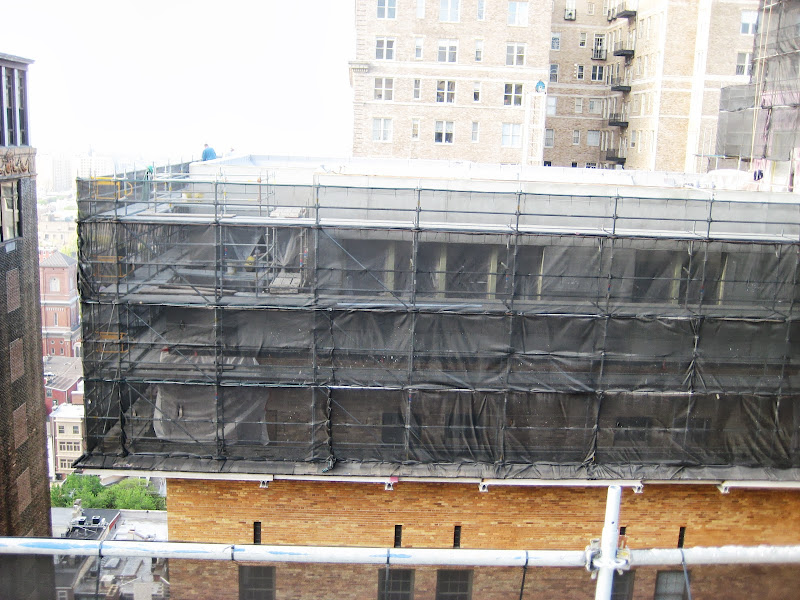 Superior  then erected a 45′ high systems scaffold to allow worker access to each of the floors as they were constructed.  They also added several man material hoists to get building materials and equipment up to the top.  There are suspended scaffolds on the job too helping install the new balconies. 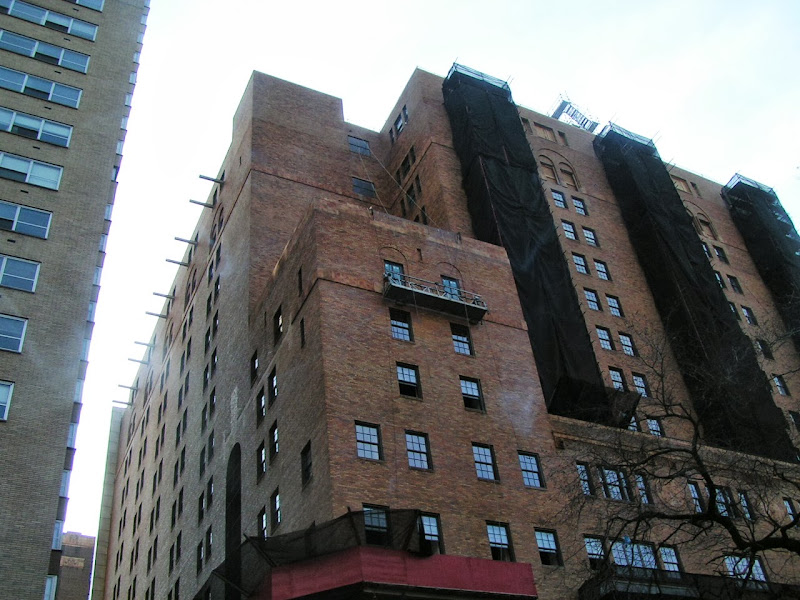 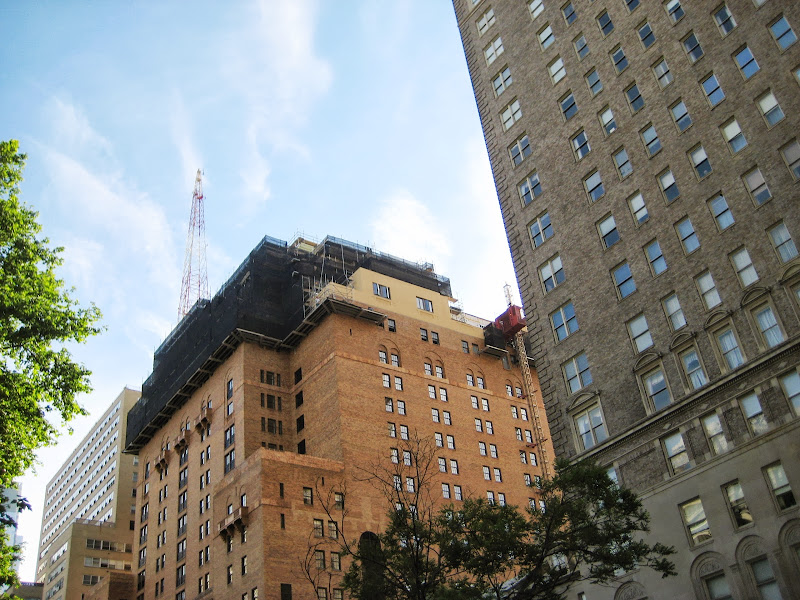 Superior also had to install overhead protection all of the way around the building. This was quite an extensive job. 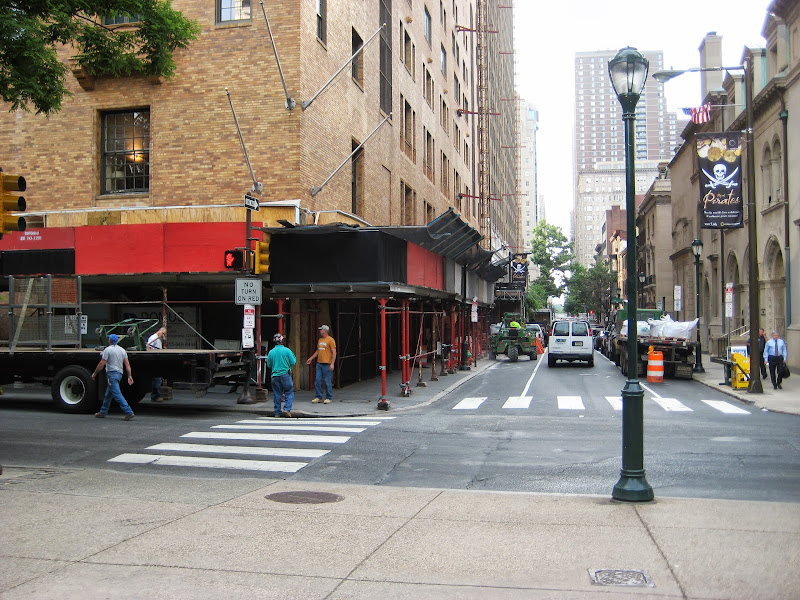 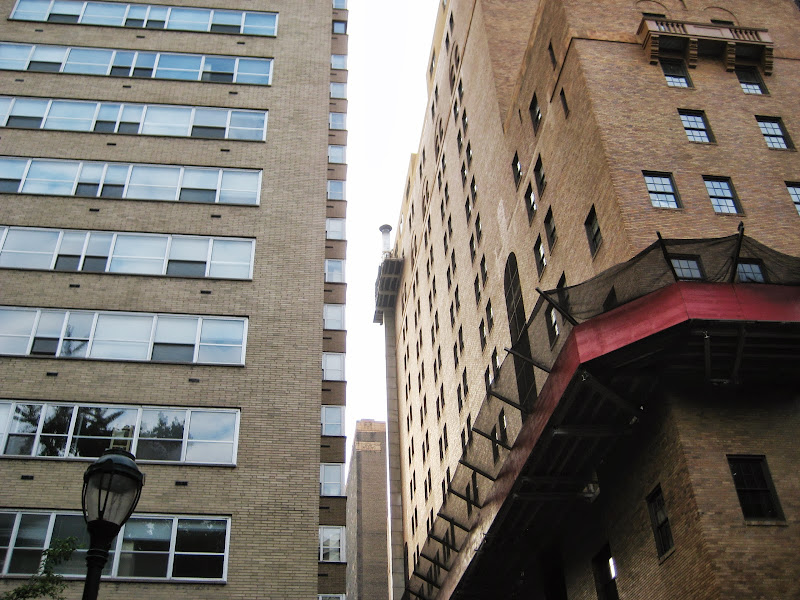 The building exterior also underwent a makeover bringing it back to its former glory of almost ¾ a century ago. 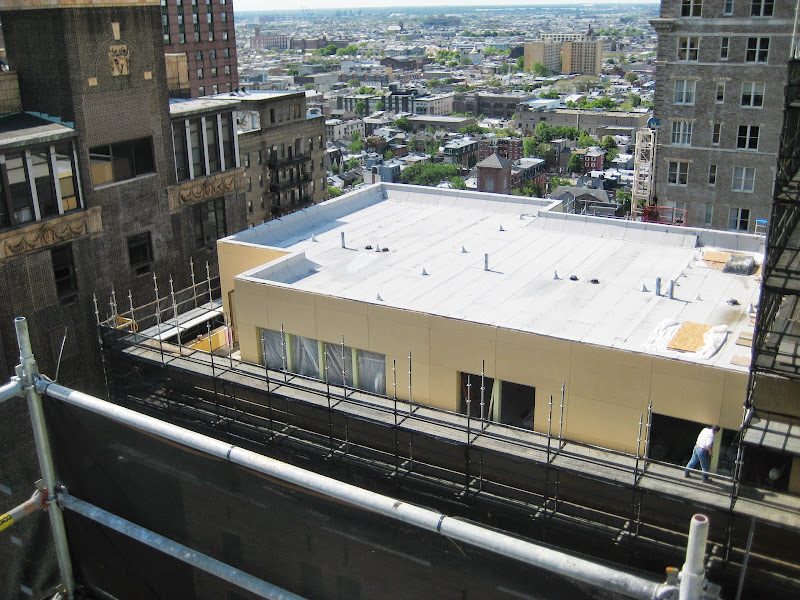 Here are a few (never before seen) shots of what the additional floors and subsequent penthouses looked like in their finishing stage.  If you look carefully, you can still see some of the cantilever beams sticking out through the brick. 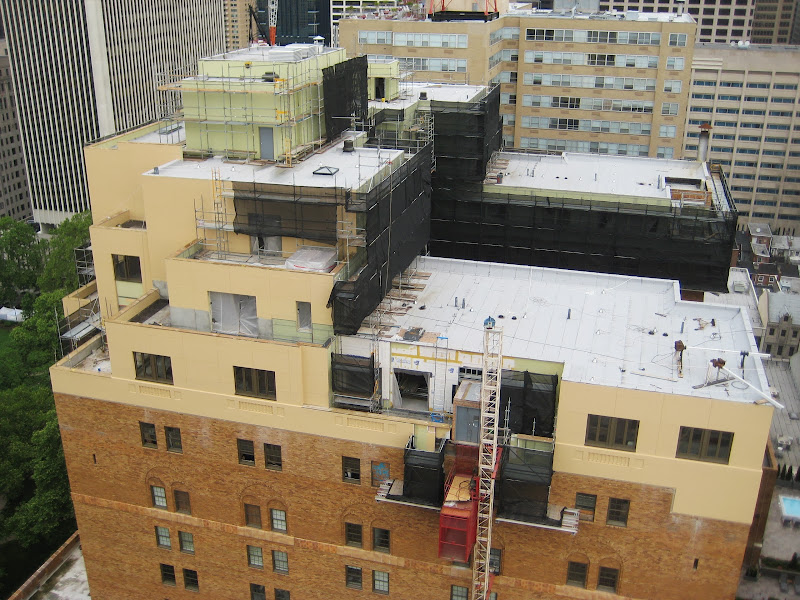 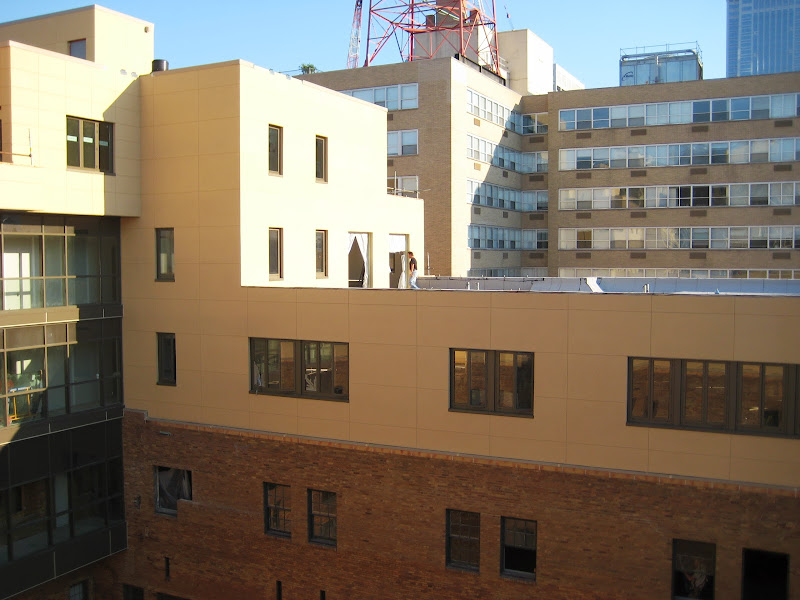 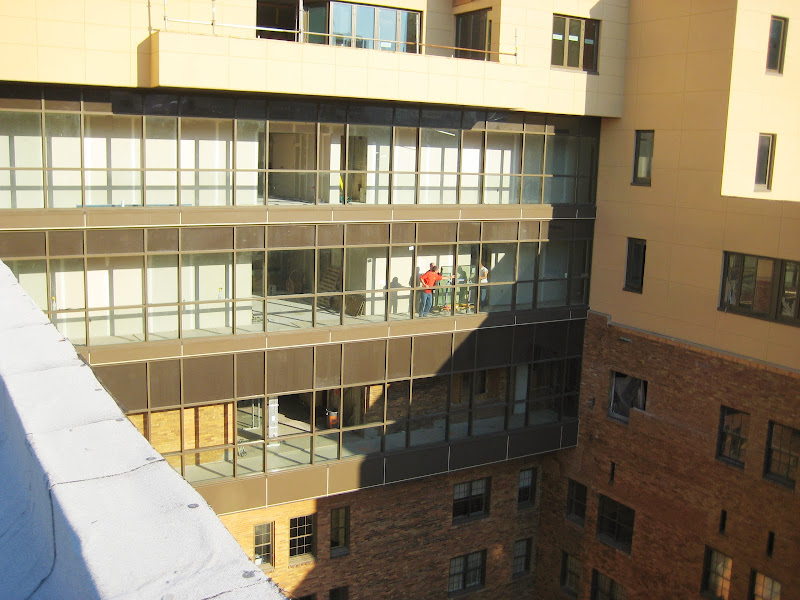 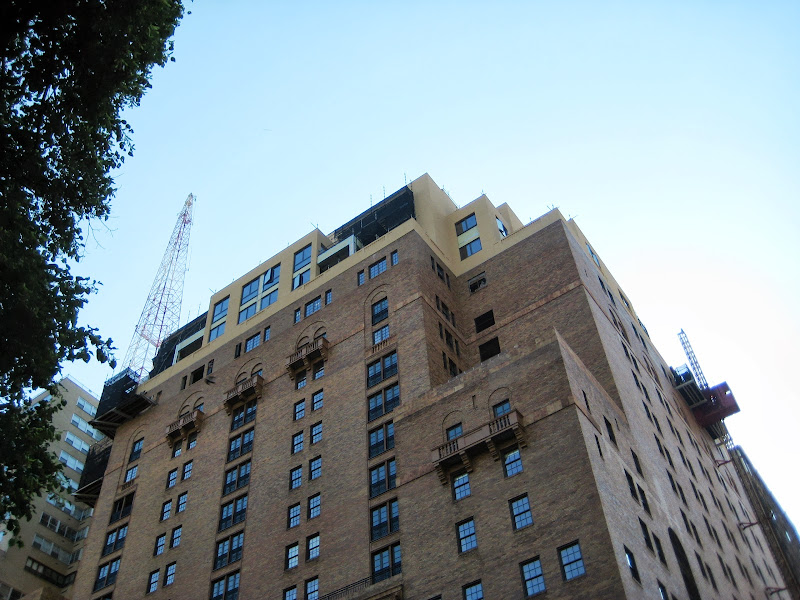 All in all, this is a very cool way to add additional floors to an already existing structure.  Superior scaffold has done this many times and are experts at it – so don’t try this at home.  Give them a call at (215) 743-2200 or visit them at www.superiorscaffold.com today.

So say it with me, 3 times really fast.

The Parc Rittenhouse is at 225 South 18th Street, Philadelphia, PA