Iconic PNB letters come down in Philadelphia via helicopter

Iconic PNB letters come down in Philadelphia via helicopter 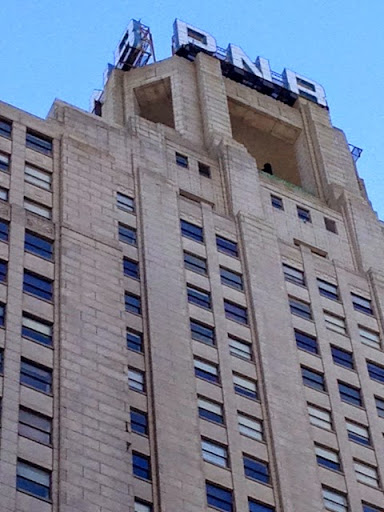 Sunday was a big day in downtown Philadelphia as the skyline was forever changed.  The giant PNB letters that adorned the top of the majestic, 28 story, Philadelphia National Bank building for almost a half a century were brought down via helicopter.

This isn’t the first time crews tried to get the 16′ tall, 3000 lb letters down.  They attempted it back in August but were only able to remove 3 letters in a four hour span.  This time they removed all of the remaining 9 letters in just around 45 minutes.  The helicopter landed the letters onto waiting trucks just in front of the City Hall building.  (See news videos – pretty cool stuff) 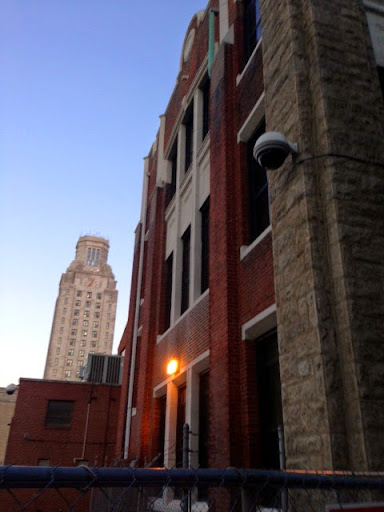 Why are we posting this on our blog?  Well, I’ll tell you. Originally, this was supposed to be done when there was diminished pedestrian traffic – however, there were a few problems.  Unbeknownst to crews, because there was no lightning rod system on the building, years of lightening strikes had actually welded the letters to the their framework.  So when they thought they had loosened all of the bolts the helicopter couldn’t lift the letters because they were still welded to their frames.  So plan B went into effect and we were called in. 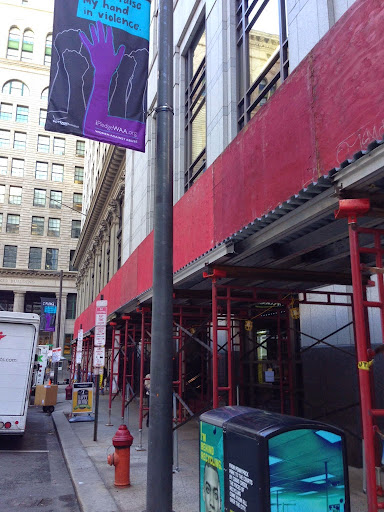 Superior Scaffold erected the overhead protection around the base of the PNB building that allowed crews to work on the letters above preparing them for the move while businesses like McCormick & Schmicks could operate as normal below. 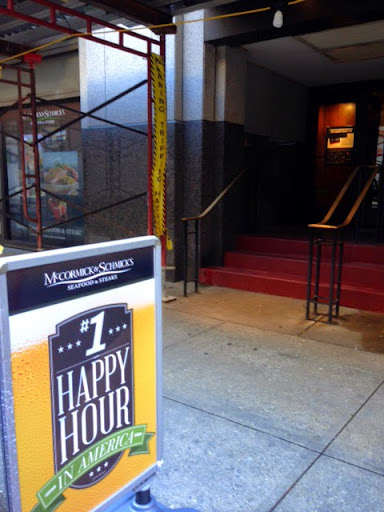 Keeping businesses operating as usual is our specialty and this was no different. 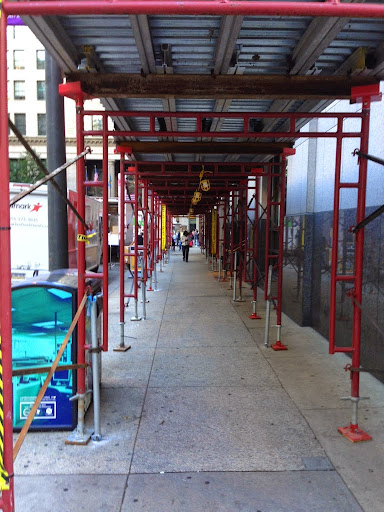 Superior Scaffold built a canopy around the McCormick Schmicks steakhouse at ground level on the 1 South Broad location.  (Located right across the street from City Hall in the heart of Center City)  We erected an 8’ wide X 100’ long X 10’high overhead protection system using our frame scaffold and aluminum beams,  The scaffolding also had 4’ debris panels and was 300 psf rated.  It was finished off with our lovely bright yellow warning banners. 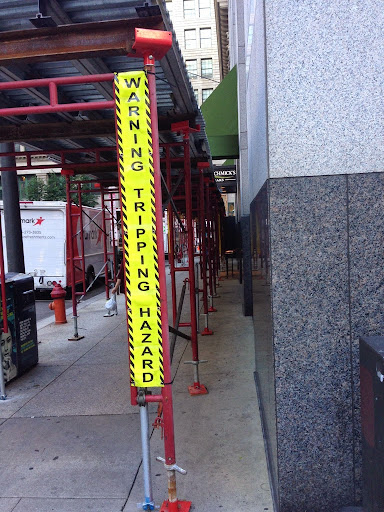 Crews waited for a weekend with limited pedestrian traffic to shut down the roads into the area and then went into action.  And on Sunday – the plan went off without a hitch!

If you need giant letters removed from the top of your building and need to either get to them or protect your customers below – call Superior Scaffold today at (215) 743-2200 and ask for Pat.  He’ll fly right up there and take care of you (He has wings you know, and not the fake Red Bull kind either.)