Power Scaffold for a power couple – The Powel House

Power Scaffold for a power couple – The Powel House 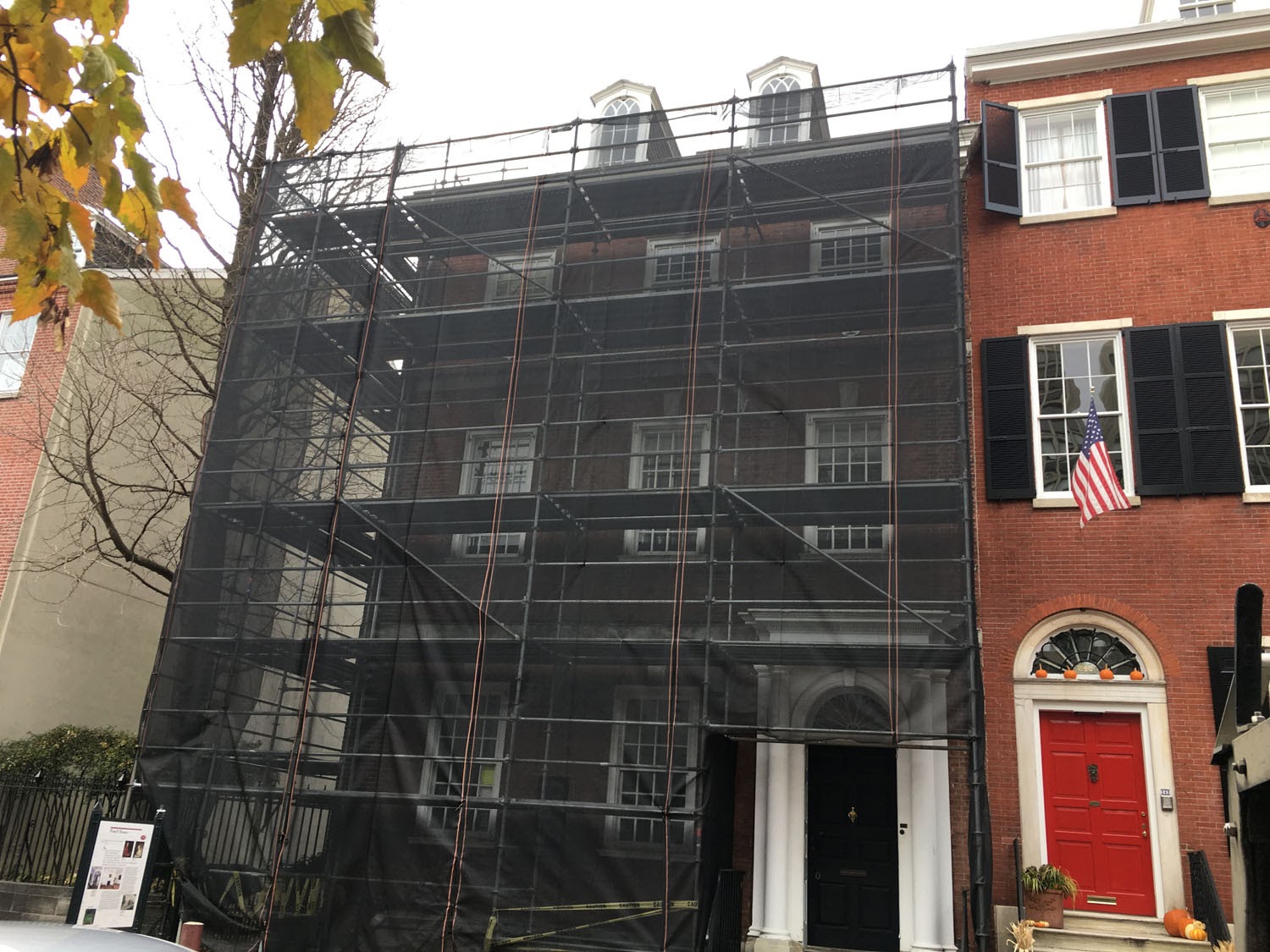 When you have visitors like Benjamin Franklin, John Adams and George & Martha Washington at your house – it’s important to keep up appearances.  And that’s exactly what the Philadelphia Society for the Preservation of Landmarks is doing.  The entire facade from woodwork, masonry, roofing and windows is being renovated to make this luxurious mid Georgian 18th century mansion look its best. 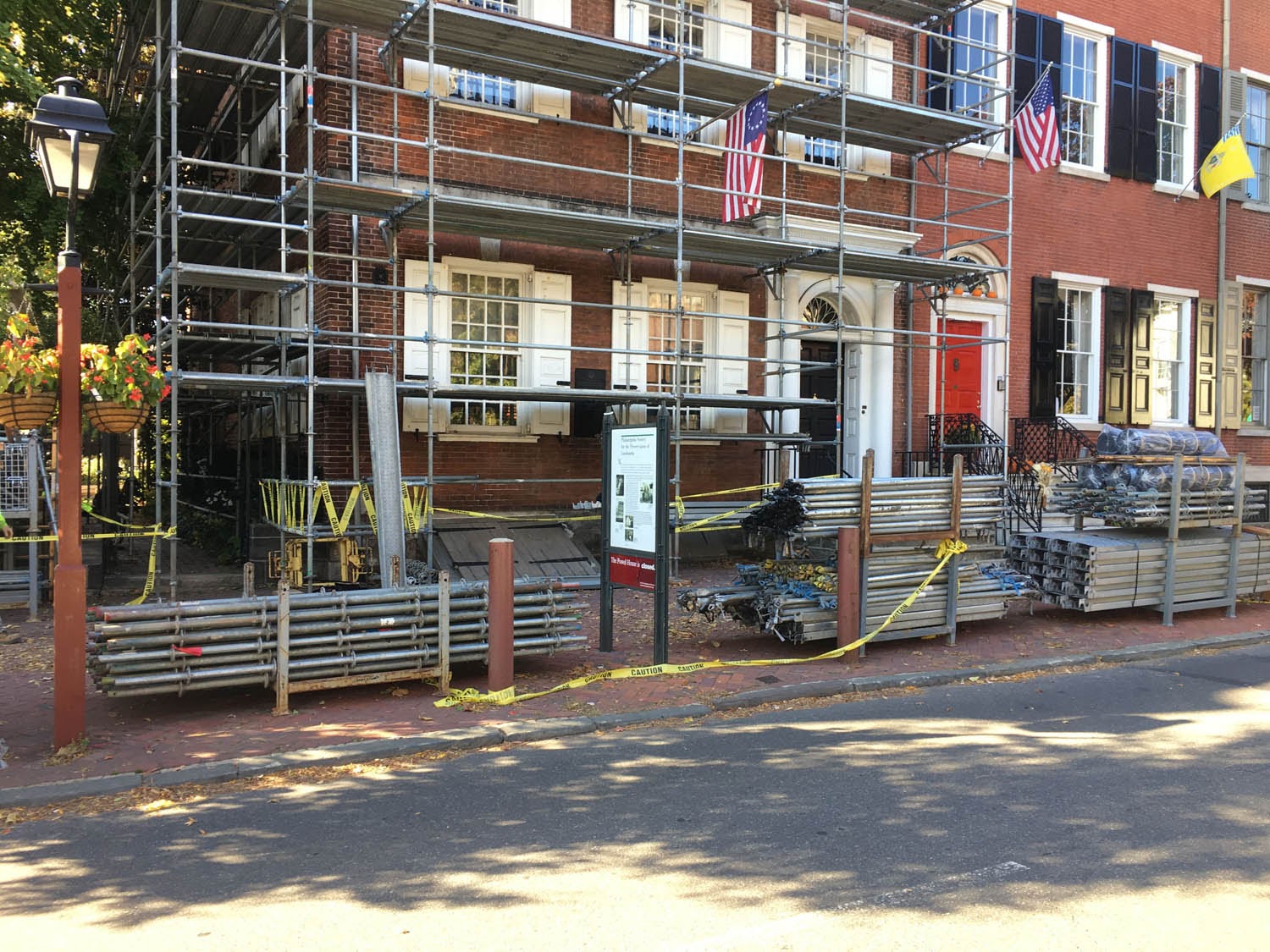 Superior Scaffold has a reputation for being the go to company for historic structures in the tri-state area.  Our crews are highly trained and take the best precautions to leave the site exactly as we found it.  The Powel House is no exception. 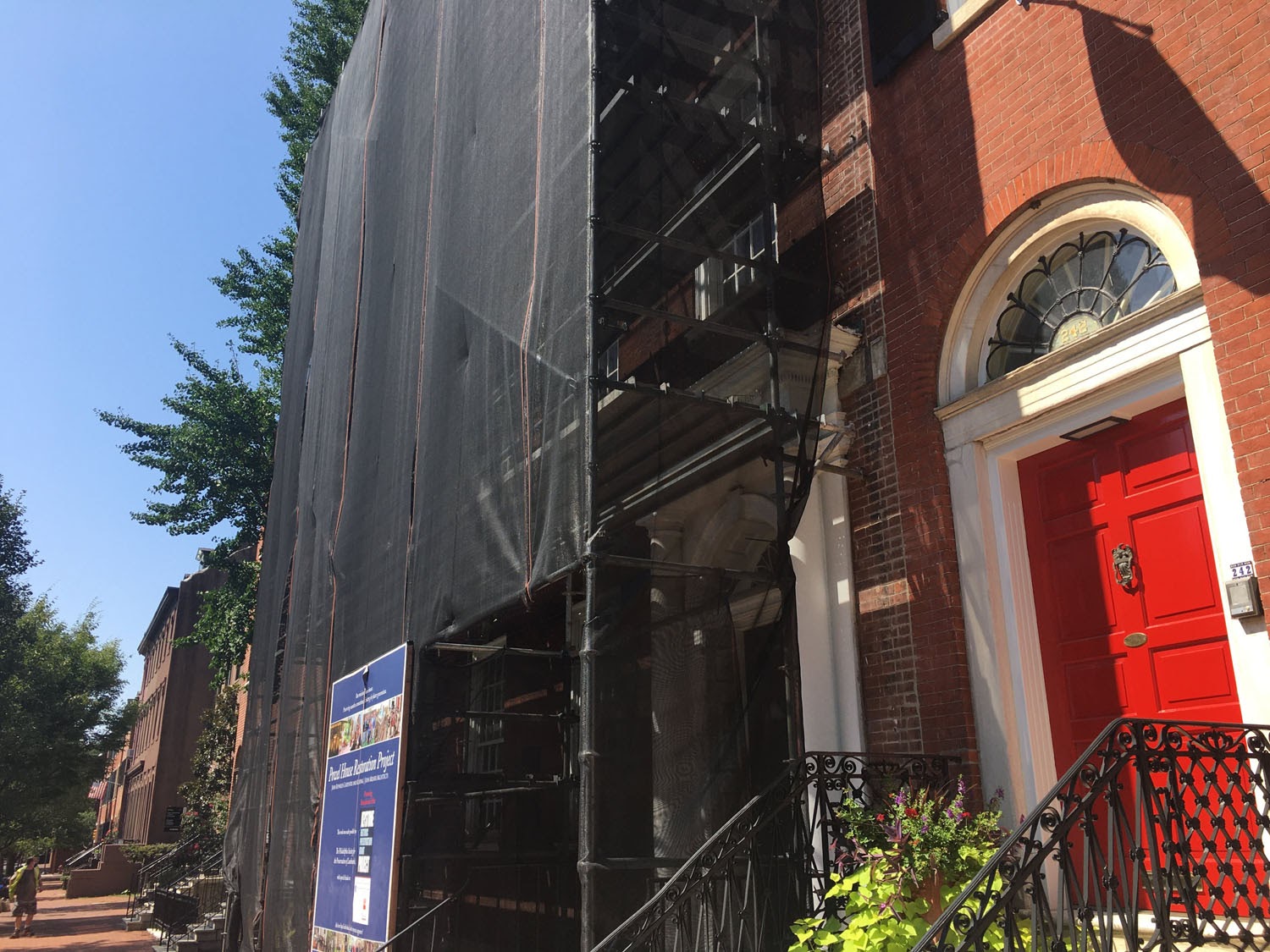 “Once the home of Elizabeth and Samuel Powel, an 18th-century power couple, this mansion simply drips elegance.” (From the city’s website.)  So we, as a company, have to insure that we keep that elegance before, during and after the job. 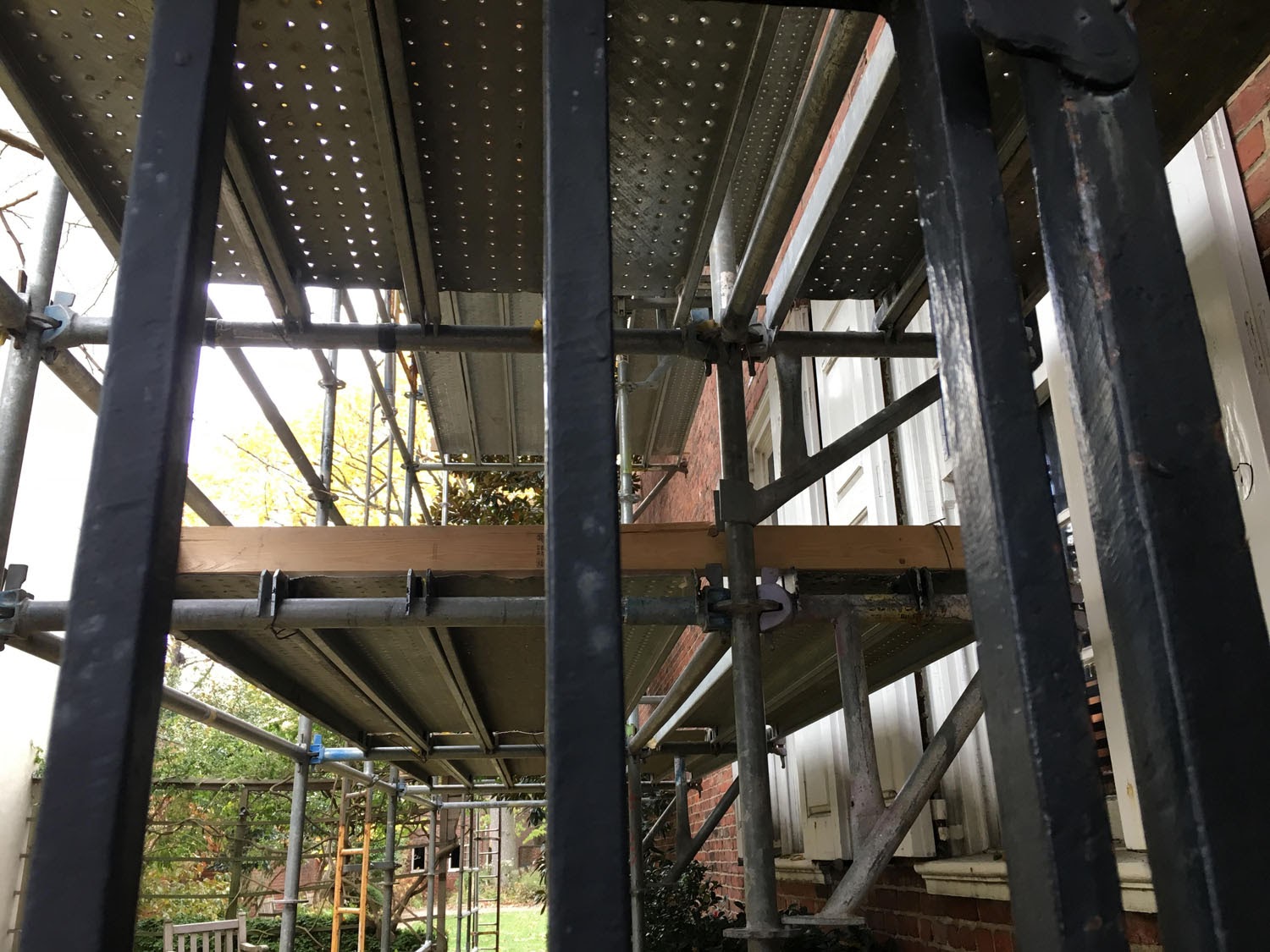 Did you know that Elizabeth Willing Powel didn’t just entertain the political elite with lavish meals; she had a strong voice and became one of Washington’s closest confidants during his presidency, advising him on issues both personal and political? (from the website) 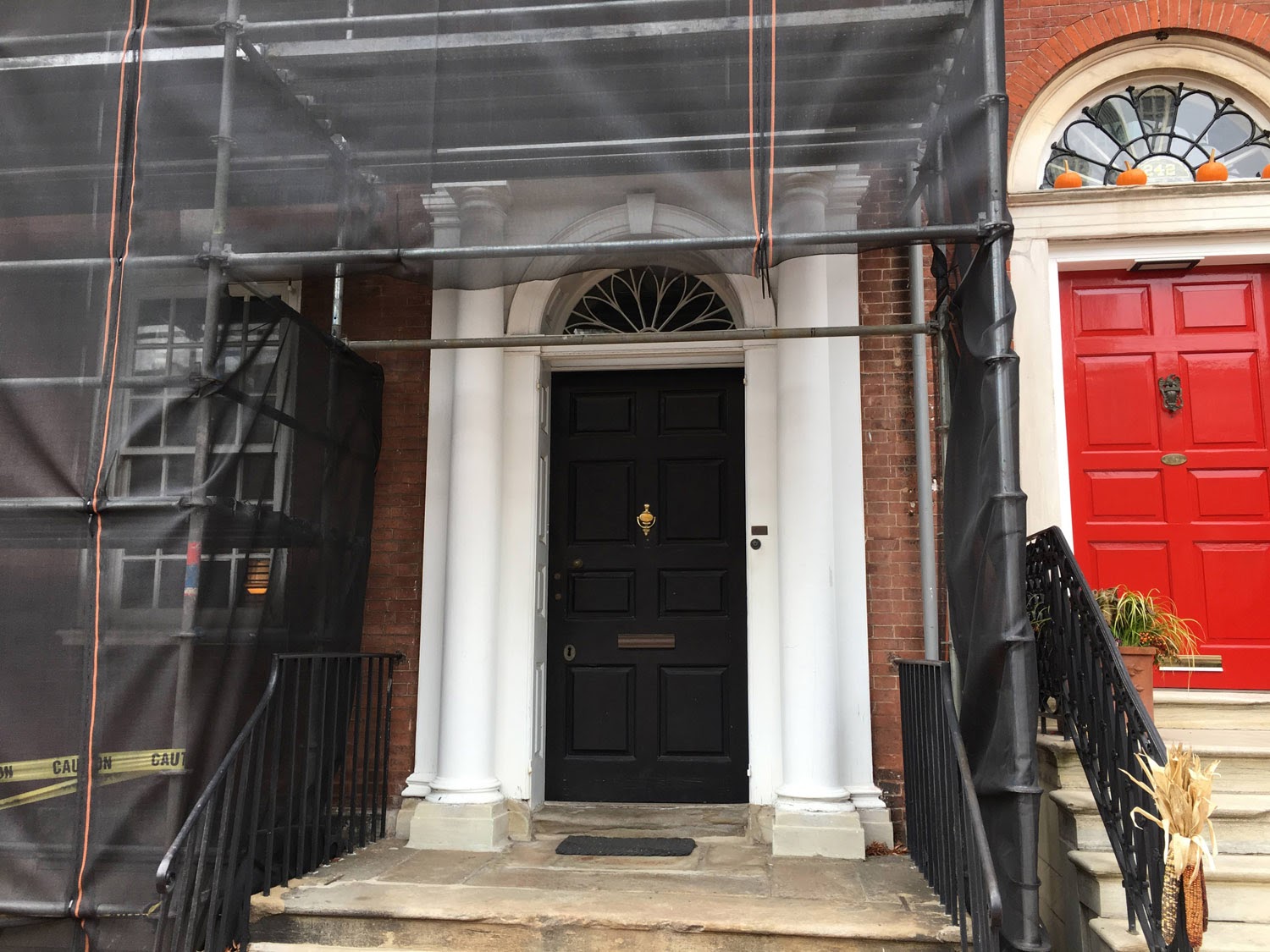 Part of the challenge for John Reynolds Carpentry and Roofing was that the Powel House had to remain open for visitors while they did the restoration.  Having heard that Superior is an expert at scaffolding structures that need to remain open during restorations – John gave us a call. 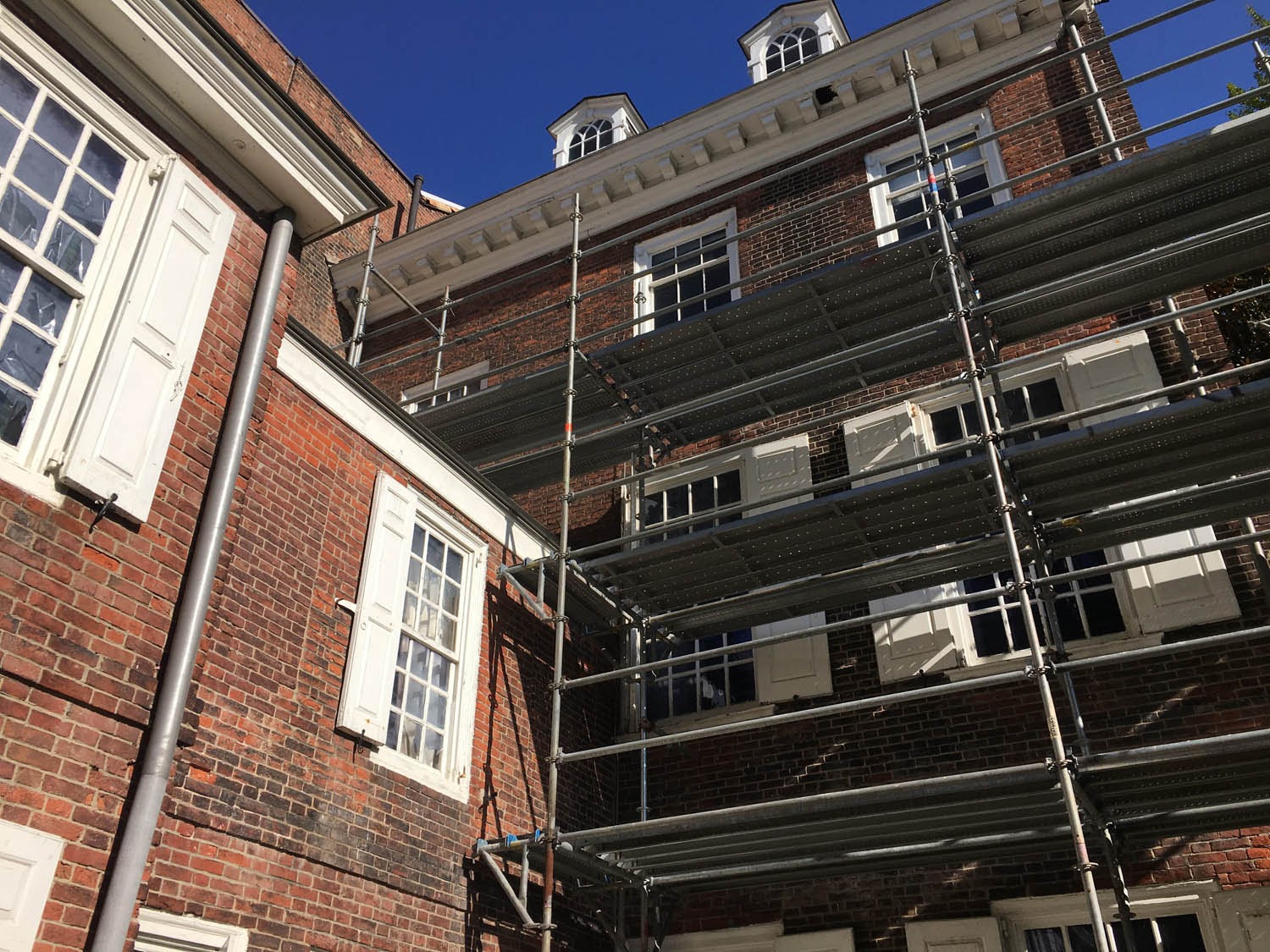 We provided an entire system scaffold solution that wrapped around three sides of the house allowing restoration crews complete access to the entire facade. 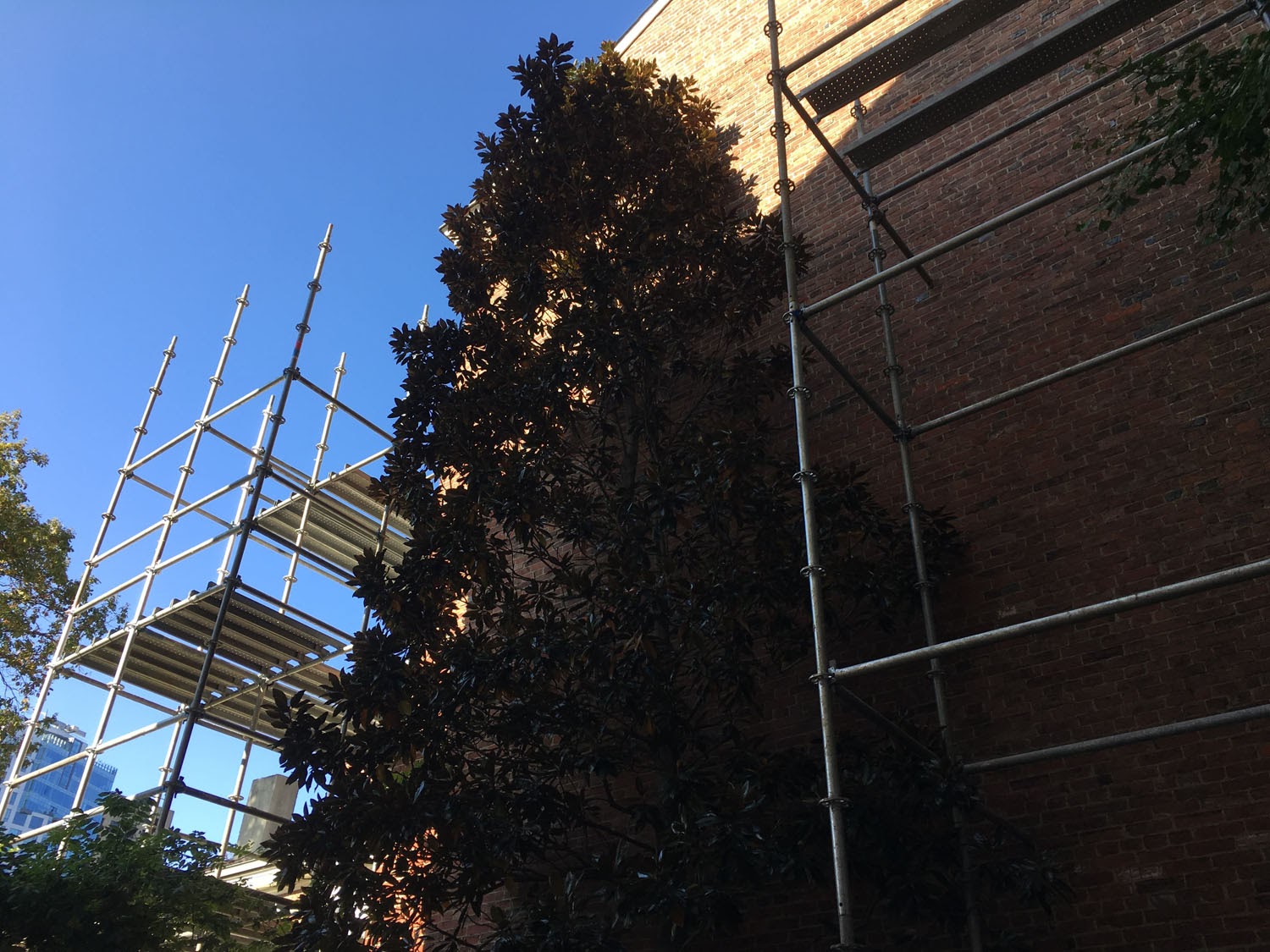 In one section on the side, we had to use 18’ joists to span the trees so we didn’t disrupt or damage any landscape. 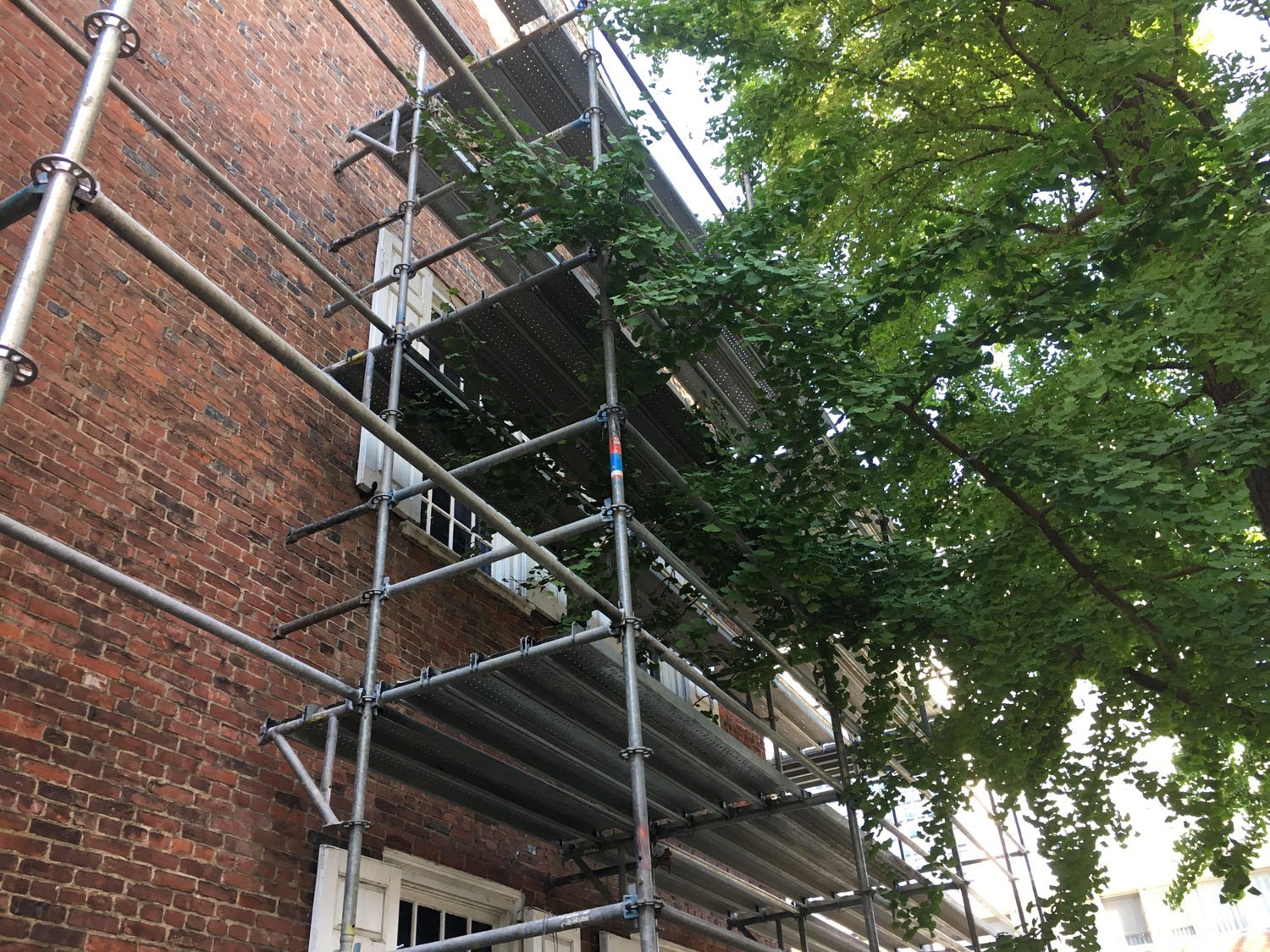 We netted the front entrance, where the visitors would enter, to help contain any debris from the restoration going on above. 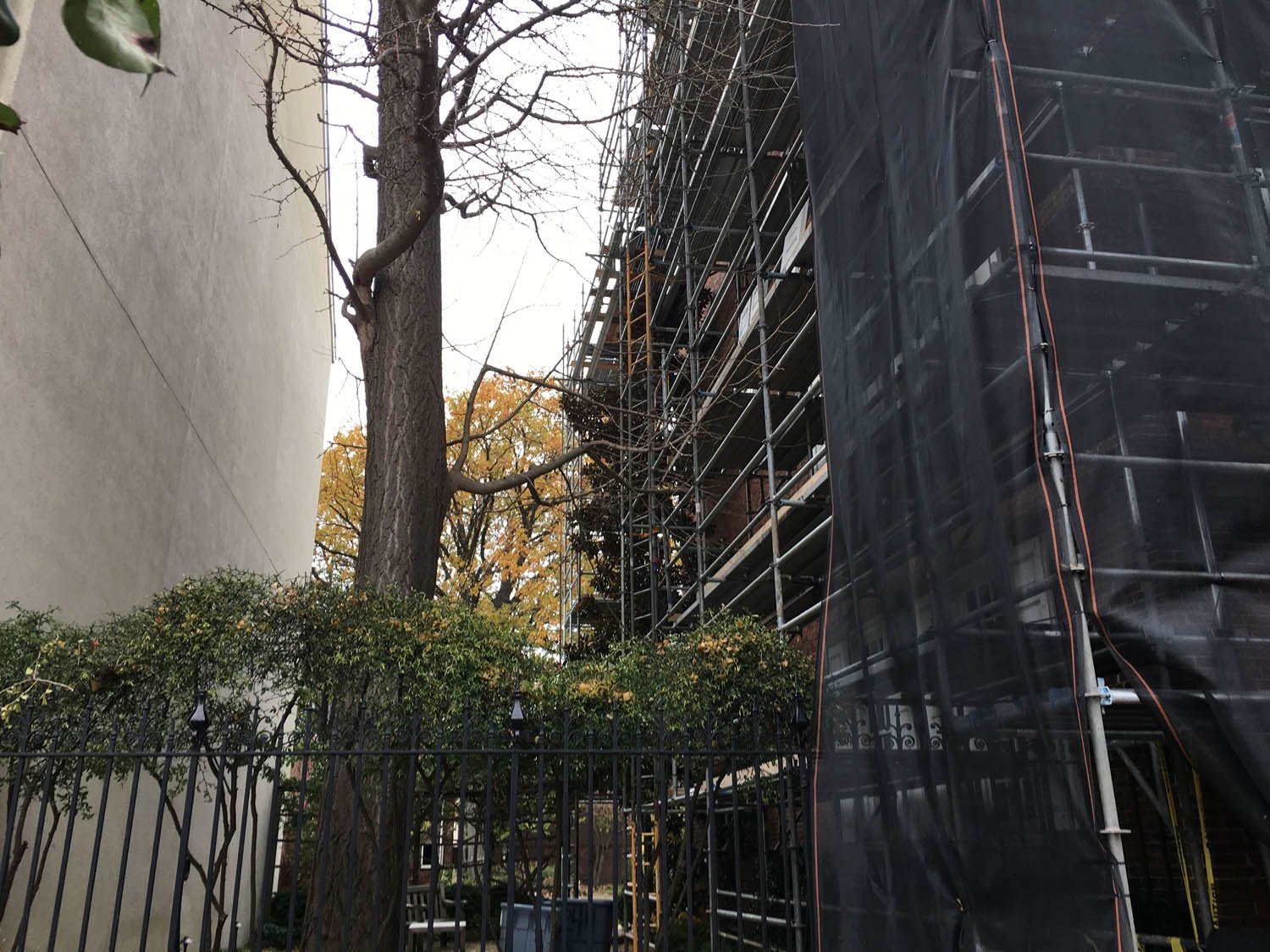 This historic landmark should come out looking fantastic and will be able to entertain throngs of hungry patrons for years to come. 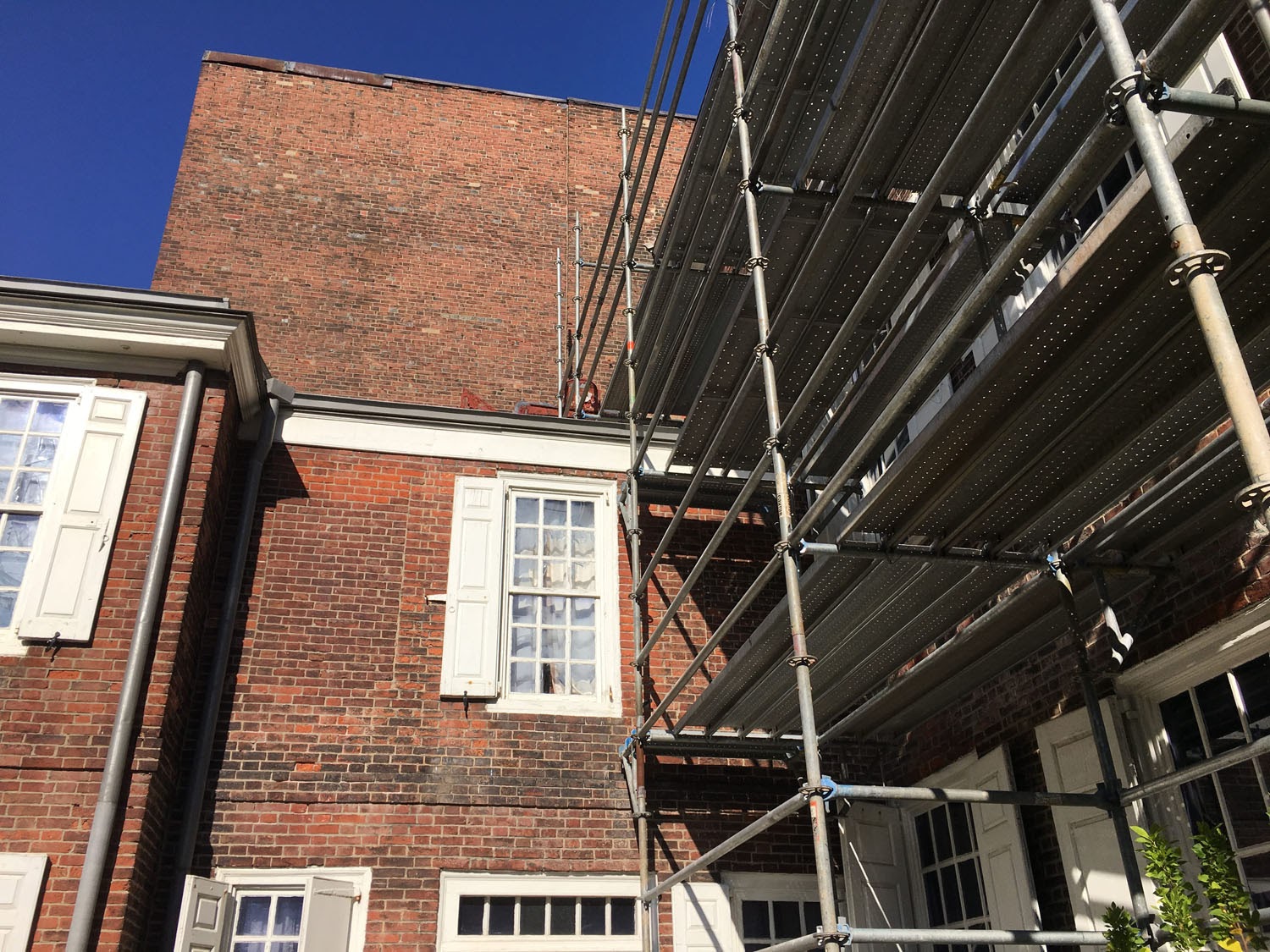 The interior is supposed to be just as elegant as the outside.  You can click on the links below to get information about tours and hours. 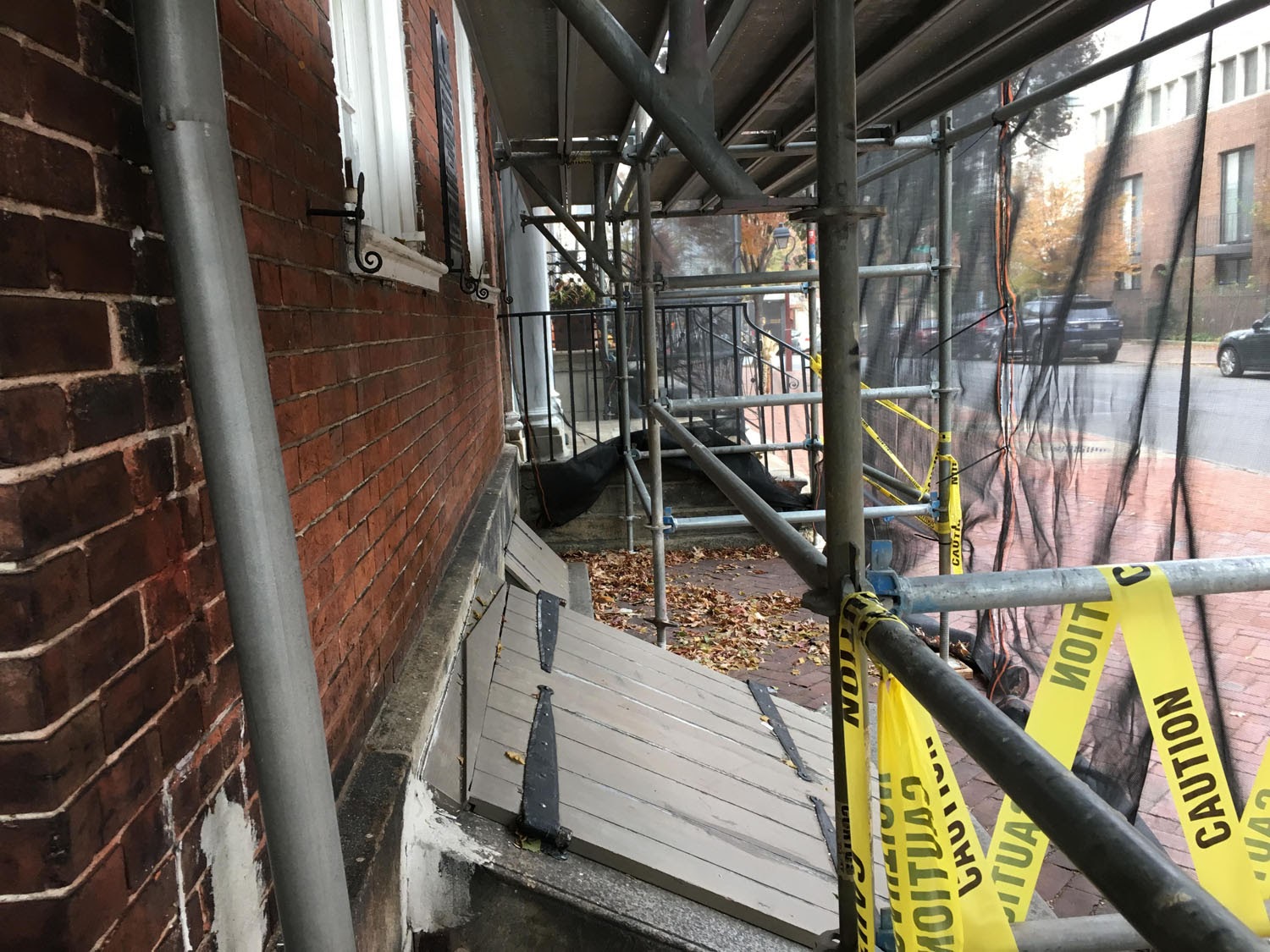 We are thankful to play a part in restoring Philadelphia’s landmark buildings. 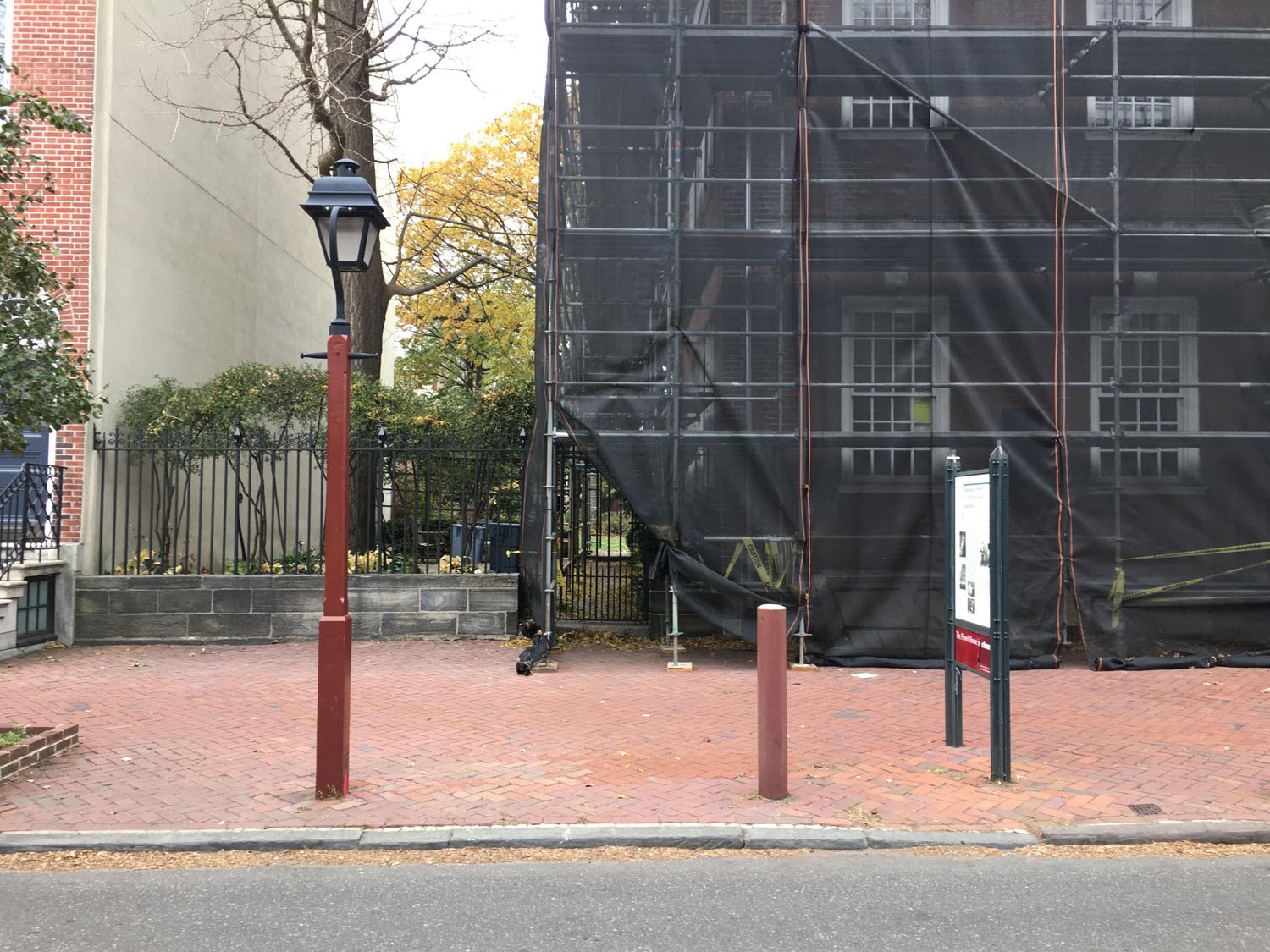 If you need access, scaffolding or scaffold for your historic project call Pat today at (215) 743-2200 or visit www.superiorscaffold.com for more info. 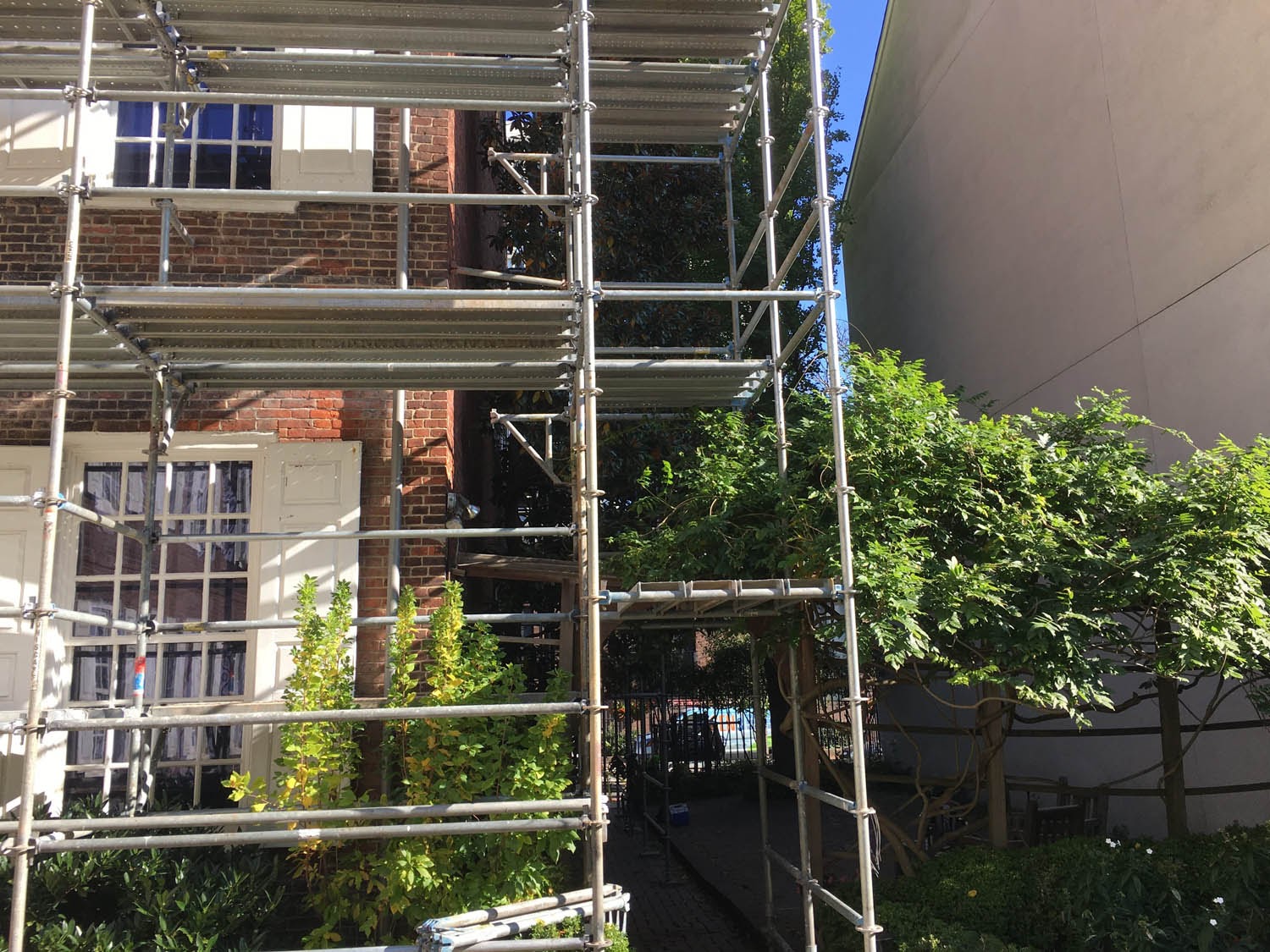 And today’s musical selection might have been something that the Powel’s would have played during one of their infamous dinner parties.

Renovation made possible by:

The Philadelphia Society for the Preservation of Landmarks

Furnished with museum-quality clocks, portraits and other treasures, Powel House is among the nation’s best-preserved examples of Georgian architecture. The home was one of the first to have a dining parlor, beyond which only the closest family friends could pass into the Powels’ private rooms.