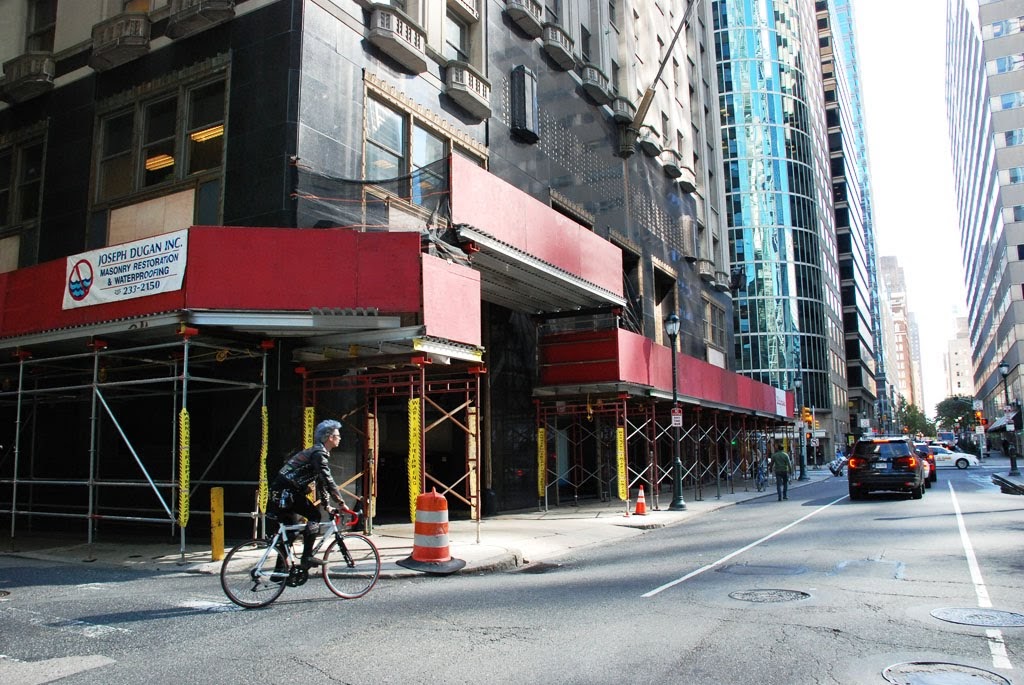 Most of my posts are written and then I come up with the musical theme but this one was written the other way around.  I heard the song and thought it was fantastic but when I saw the video it just moved me.  It’s one of the coolest combinations of film and music I’ve seen in a long time. (scroll to bottom) 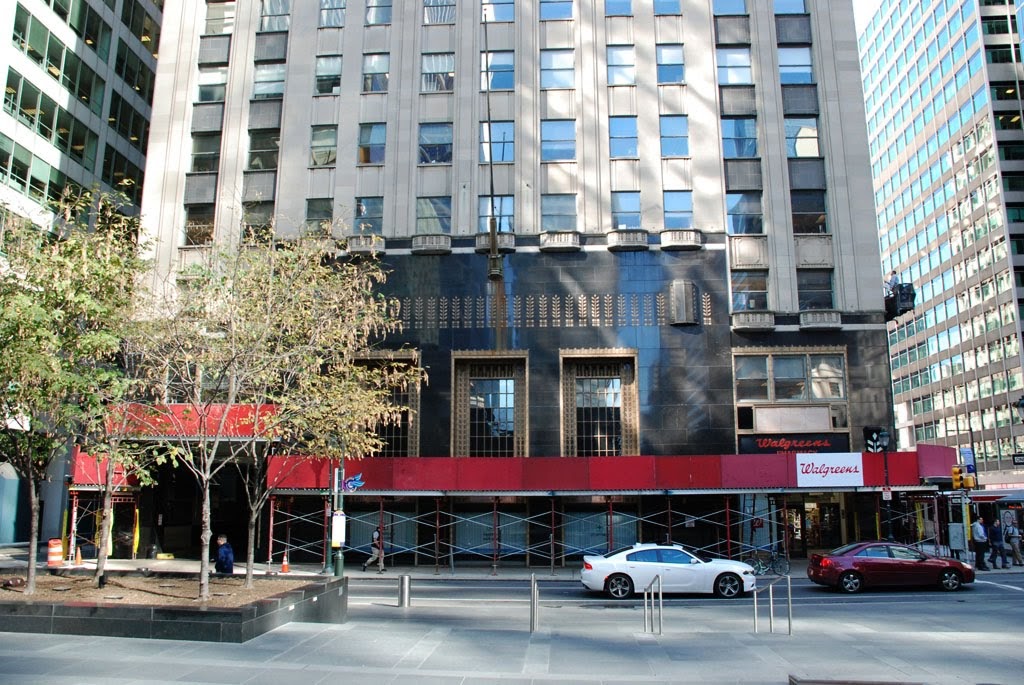 This is one beautiful job – you can’t deny.  When you see it you just know it is quality, love, and beauty. 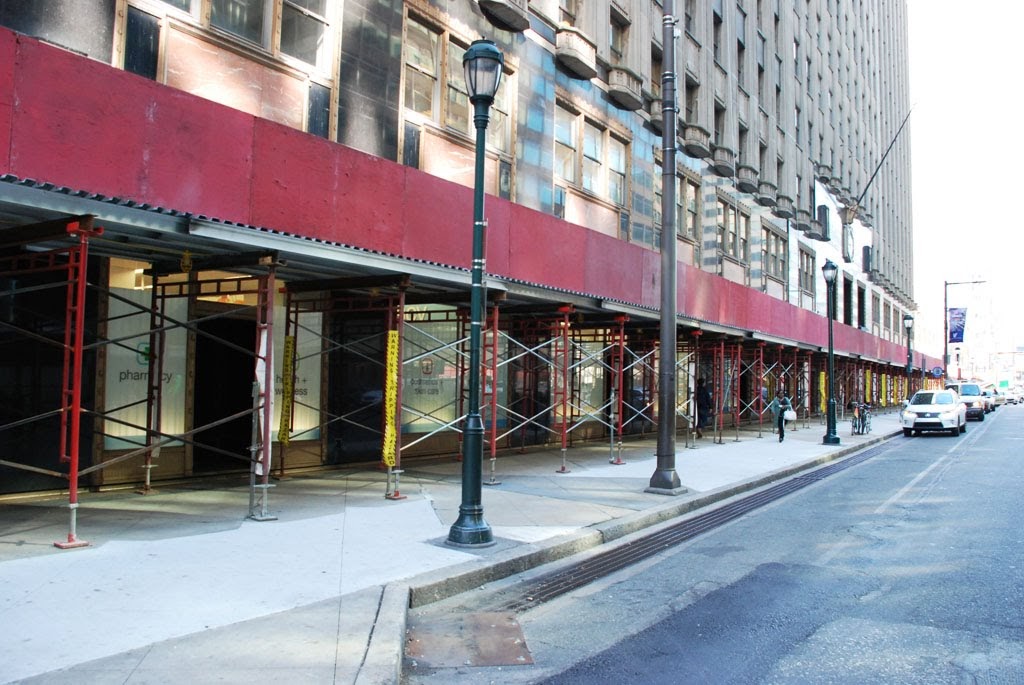 Since this is a blog and the idea is to Say Something about the work we do and the equipment that goes into it and the challenges we overcome I started to do my usual thinking about how to present it. 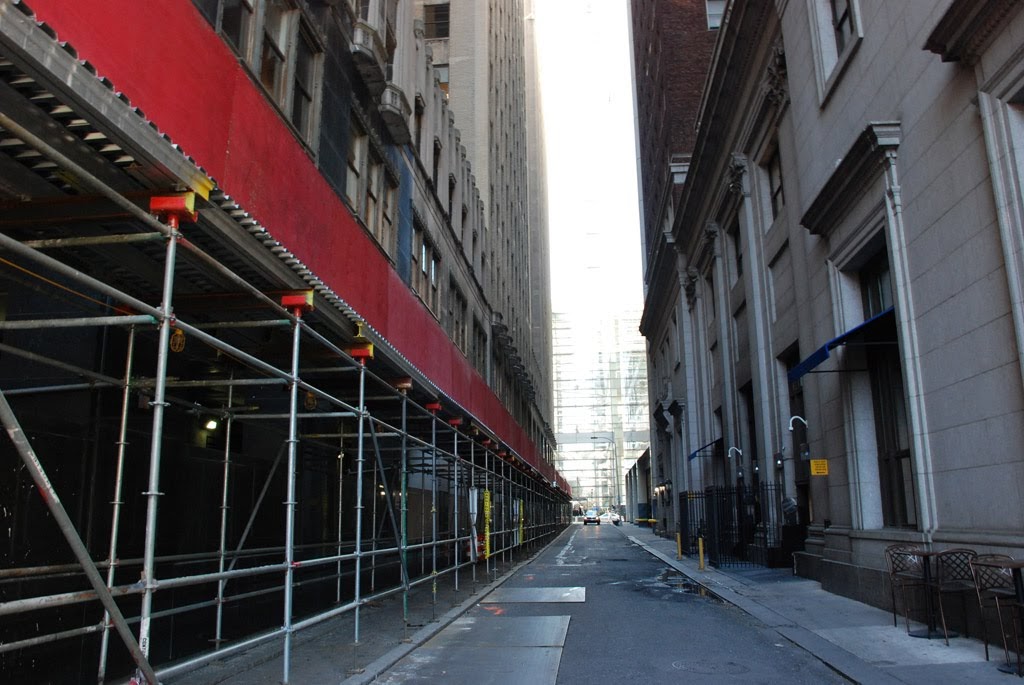 But then I started to think maybe our work does Say Something without having to tell you that this is an enormous sidewalk overhead protection system or canopy that goes around the entire building using both frames and system scaffold – maybe I just show you and see what it says to you. Our guys don’t get “caught up in the middle of it” – they just do their jobs and they do it well.  Like when we couldn’t put our scaffold legs (to the left) on top of that small decorative brass strip running down the sidewalk next to the building, they had to come up with a solution. 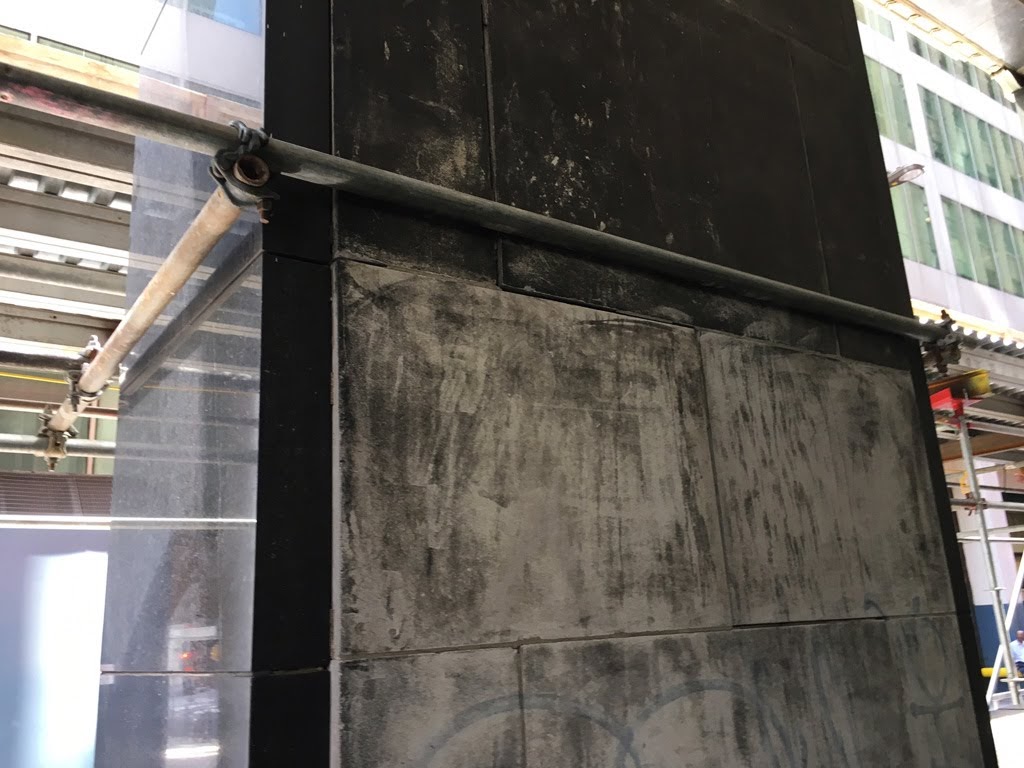 And when we couldn’t tie into the building our guys creatively used tube and clamp to anchor to the pillars on one side.  And they used push ties or anchors on the other sides. 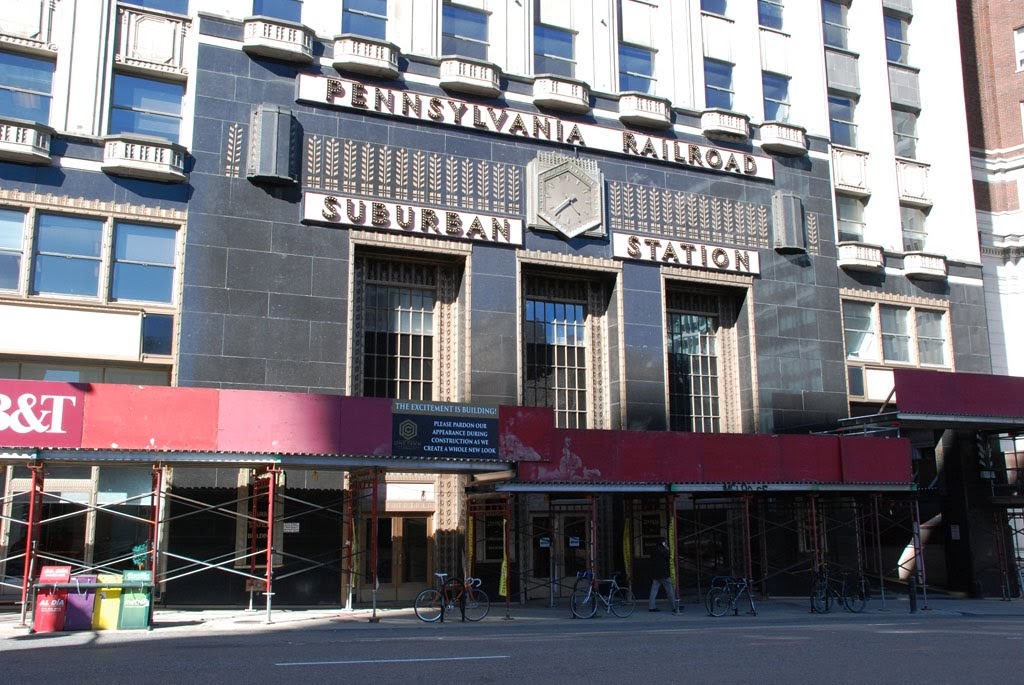 I probably should at least tell you that the Suburban Station (One Penn Center) is an awesome art deco office building and underground commuter station at 16th and Jfk.  From the outside she looks fabulous. 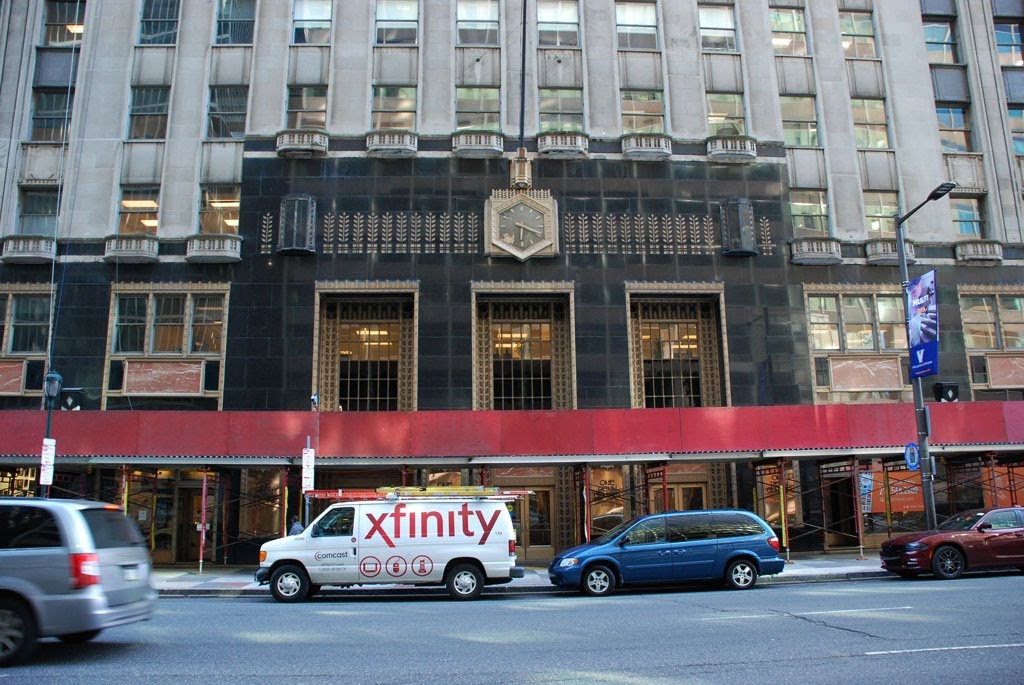 And we erected this amazing canopy so crews above could replace the windows on the entire building.  Quite a job. 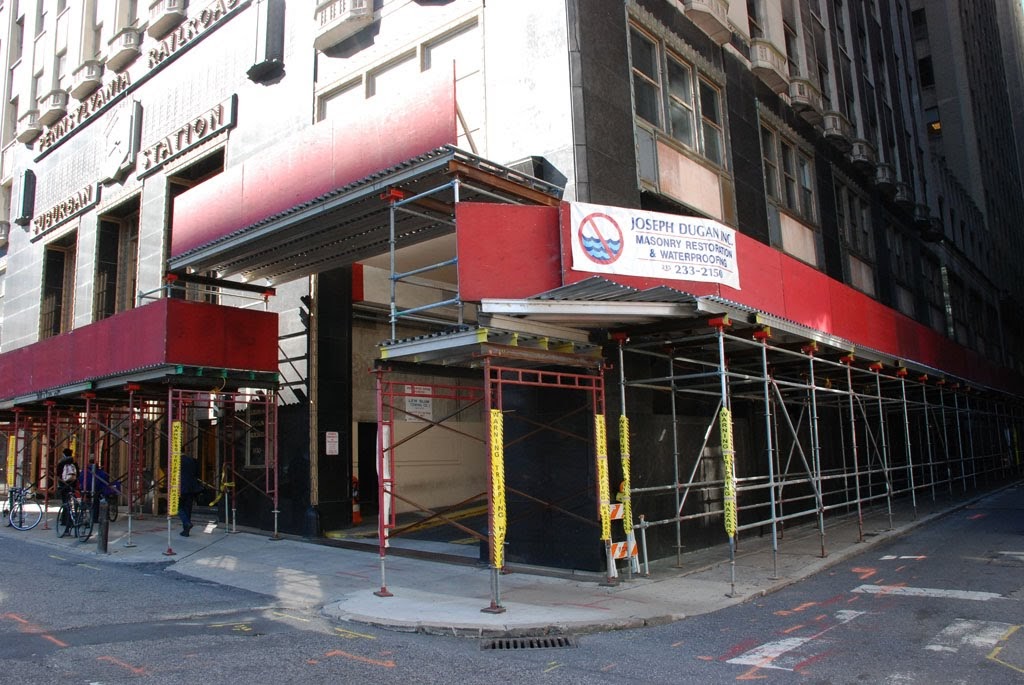 We even built it up and over the garage entrance. 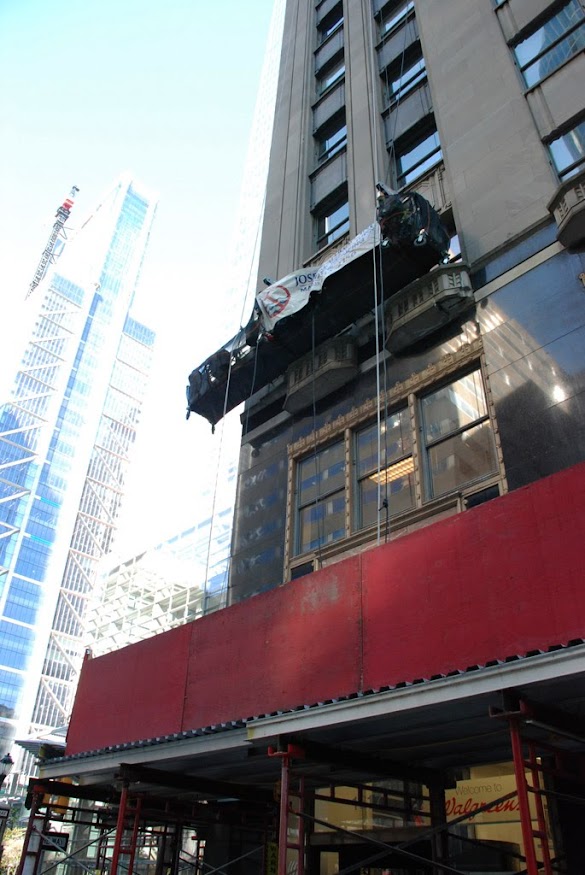 And of course we had to do it all while keeping the doors and businesses open. 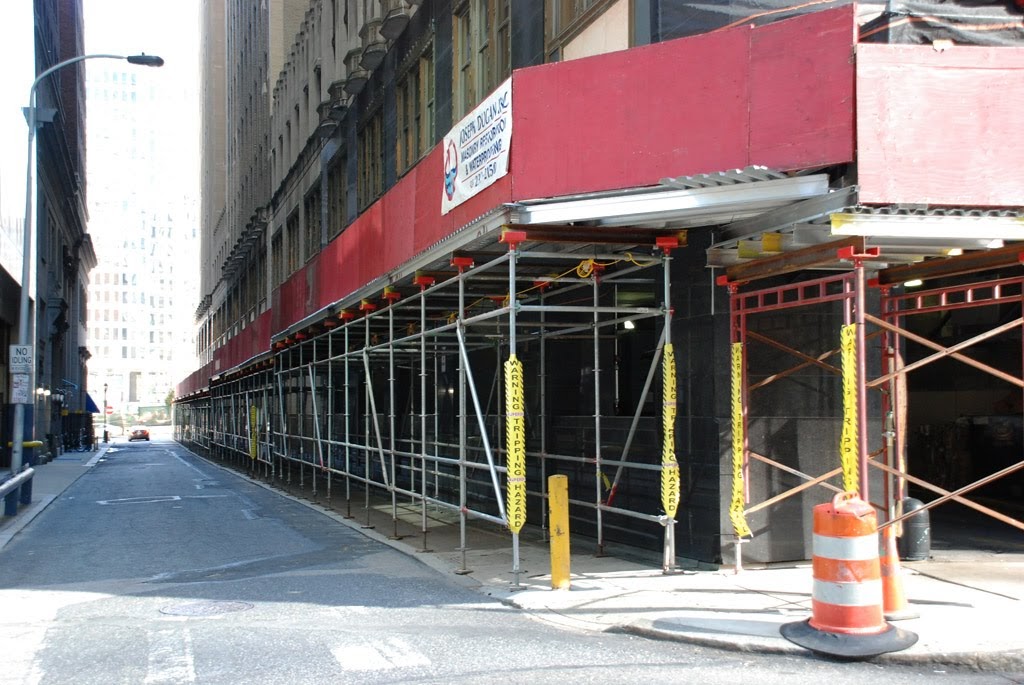 Our scaffolds come and go, all around this city, like snow flakes in a storm.  Some are incredible works of art that just make you smile when you see them.  I think our work does Say Something! 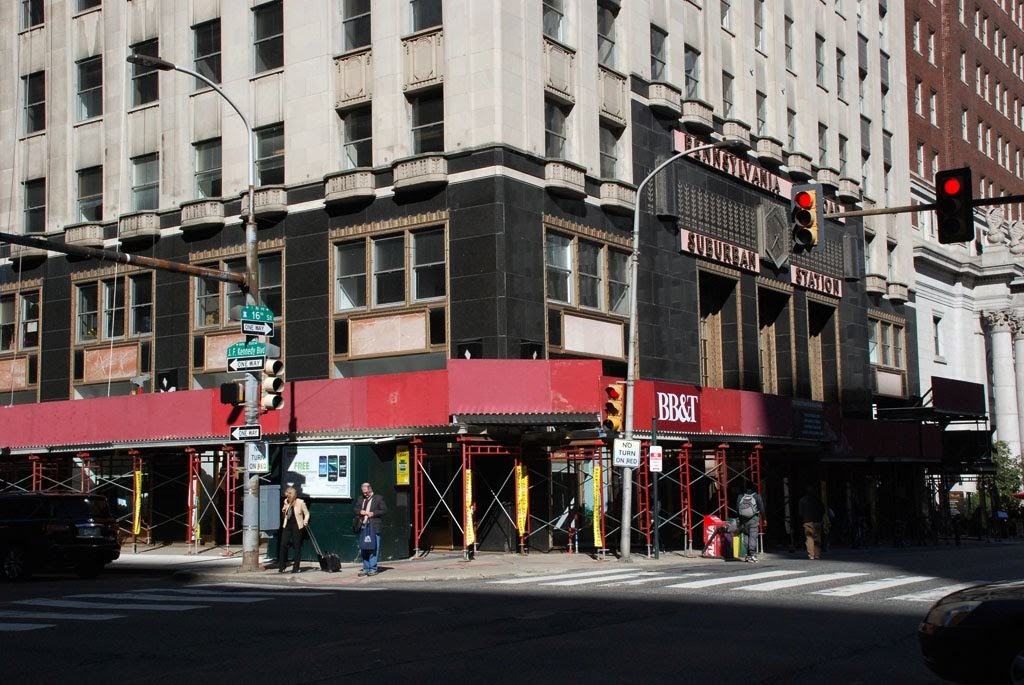 The musical selection is this video that got me going.  And those who know my past can understand my appreciation for the single camera shot and special live audio mix! (And in the Bradbury building to boot)  Wow, oh wow!

And if the video gets stripped: https://youtu.be/8MPbR6Cbwi4

You know the deal.  If you need scaffolding, scaffold or access call Superior Scaffold today at 215 743-2200 or visit www.superiorscaffold.com

And here’s a little about the One Penn Center (Suburban Station) building.

Suburban Station is an art deco office building and underground commuter rail station in Penn Center, Philadelphia. Its official SEPTA address is 16th Street and JFK Boulevard. The station is owned and operated by SEPTA and is one of the three core Center City stations on the SEPTA Regional Rail. The station was built by the Pennsylvania Railroad to replace the original Broad Street Station and opened on September 28, 1930.

The station opened as a stub-end terminal for Pennsylvania Railroad trains serving Center City Philadelphia, intended to replace the above-ground Broad Street Station in this function. The station’s full name was originally Broad Street Suburban Station. One Penn Center served as the headquarters of the PRR from 1930 to 1957.