Superior Scaffold helps expand network gateway for US and Europe

Superior Scaffold helps expand network gateway for US and Europe 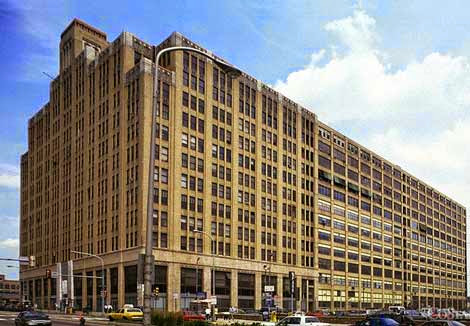 Wait, we are just a scaffolding company – right?  No, we are much more than that – we are now a carrier neutral international conduit for all things network and colo in the high tech world – a fancy way of saying that we are a scaffolding company to the stars. What we really are is a company that makes these connections possible by providing scaffolding that allows crews to install new fiber, electrical, HVAC etc to companies that actually make those connections. 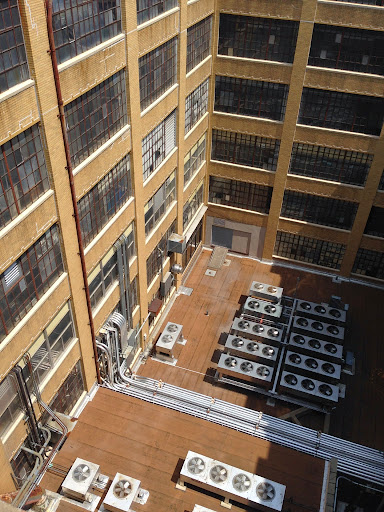 I’ll be honest, I’d never heard the term “Carrier Hotel”. I first assumed it was an illegal operation for drug mules and international espionage types – but further research revealed that a “Carrier Hotel” is the term used by telephone networks for the place to house their highly sensitive, expensive telephony/computer equipment. In computer terms it would be called a colocation facility or Colo (data center) where data communications media converges and is interconnected.  It’s not a hotel in normal terms but a hotel where companies rent rooms for their gear (offsite of their location) to make connections all over the world. 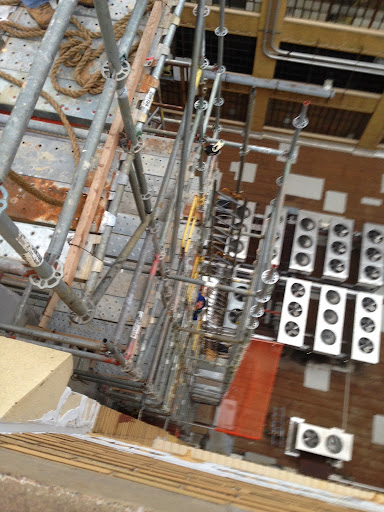 401 North Broad was originally constructed in 1931. The property was redeveloped into a major carrier neutral facility between New York and Virginia and serves as a major hub for traffic, as well as an interconnection point between carriers service providers and enterprise customers.  The building is also a gateway to long haul fiber in the region and offers direct access fiber routes to Europe.  New owners are doing a massive expansion and capital improvement to the tune of $70million. 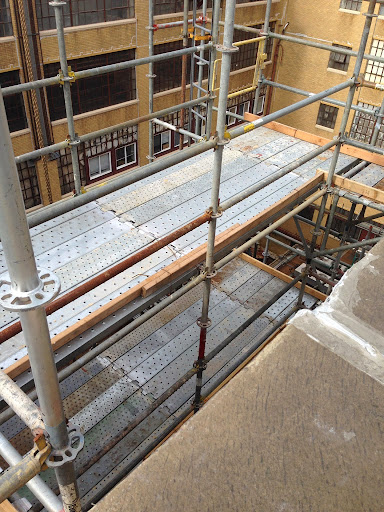 What we did is provide the system scaffold framework, as part of their $70 million improvement, so crews could install steam lines and electrical conduit from the upper rooftop down to the lower roof – along the wall where you see our scaffold. Our crews initially erected the 14’ long X 3’ wide X 90’ tall scaffolding from the 5th floor up 90 feet to the roof.  We also decked it every 6′ 6”, as you can see from these pics, to allow access all the way up the walls. 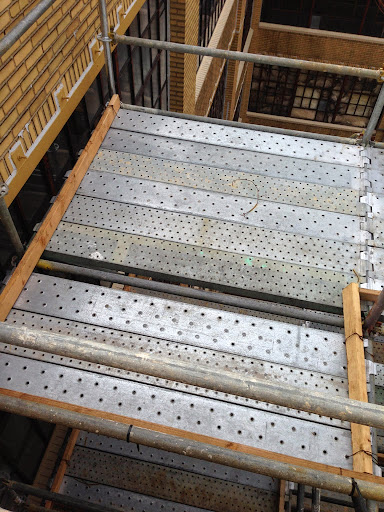 Then the client needed us to install top rigging so crews would have a way to hoist the heavy pipe and conduit up so they could drop them into their chases (brackets). 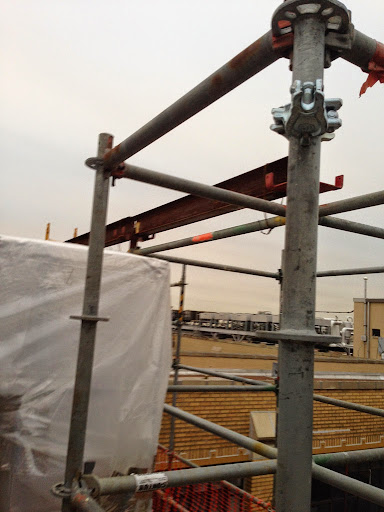 The biggest challenge for us was the circuitous route our guys had to take loading in the equipment and getting up to the lower roof. 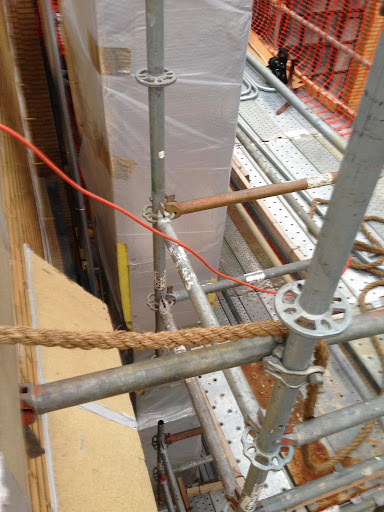 So you see we really are a networking connectivity company – connecting our clients with top notch solutions and results.

So if you need to be connected with a live human that can provide solutions for your job or project – call (215) 743-2200 today and ask for Pat. He’s our resident networking guru. Or log onto www.superiorscaffold.com and look around. We have something for everyone.

You can read more about the expansion here: