Superior Scaffold ramps up for Toyota at the Philly Auto Show

Superior Scaffold ramps up for Toyota at the Philly Auto Show 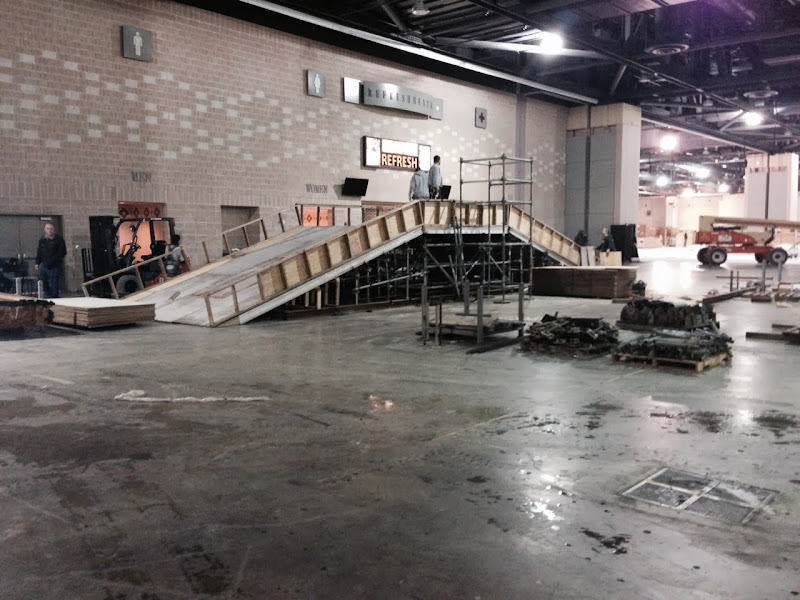 Toyota set up an indoor track complete with traction ramps, water hazards, sand traps and suspension bumps giving the user the ultimate car buying experience.  Patrons are invited to ride along inside the new line up of Toyota vehicles to get a real world idea of how they will perform.

Toyota contacted Superior Scaffold to build the ramp that would test the climbing and traction control of their vehicles.  We jumped at the chance.  The ramp is 8’ high by 14’ wide and 53’ long.  (see pic) 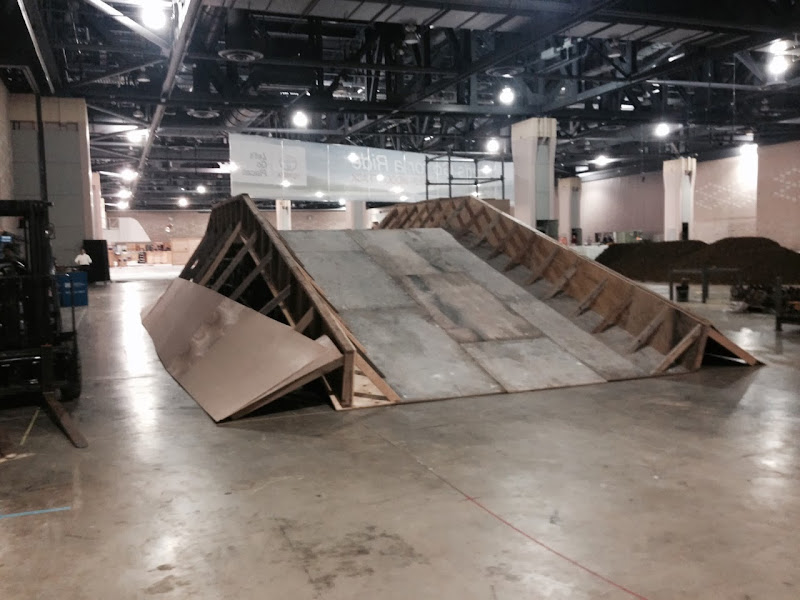 The challenge here was that the ramp not only had to support the weight of the cars driving up and over it but also the 100 tons of dirt that would be put on top of it. 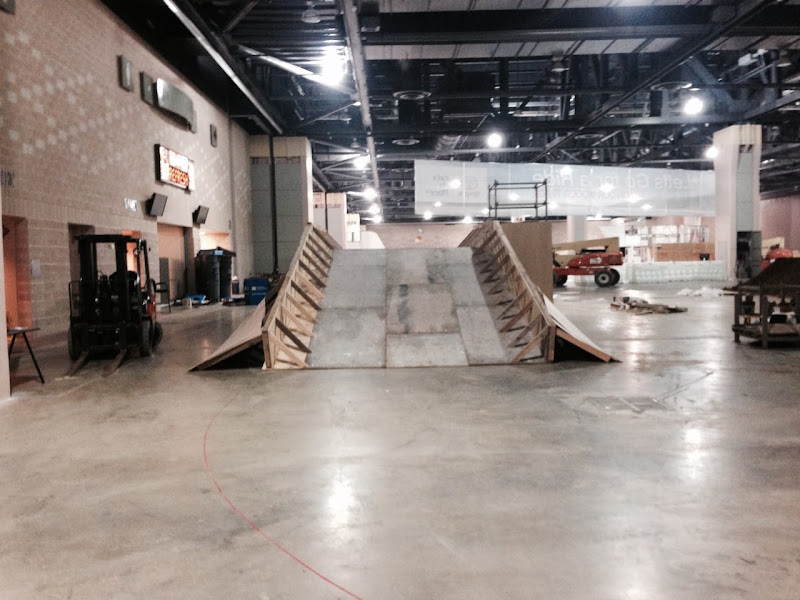 Superior engineers put pen to paper and calculated weight ratios and all of their super mathematical formulas and came up with a superior design (which was stamped and authorized). 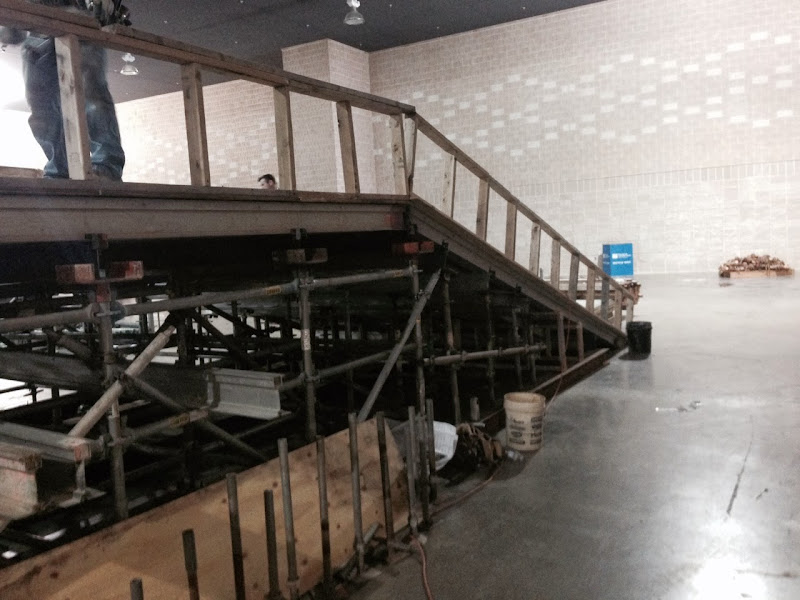 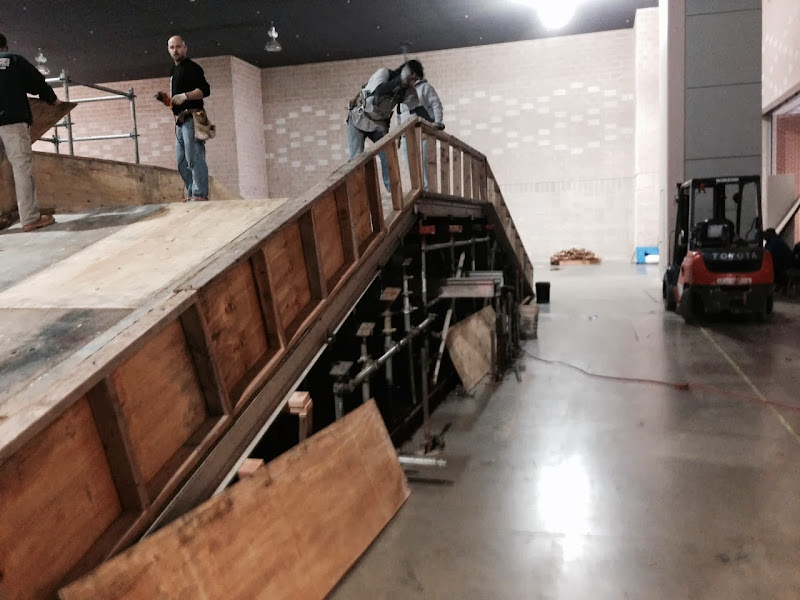 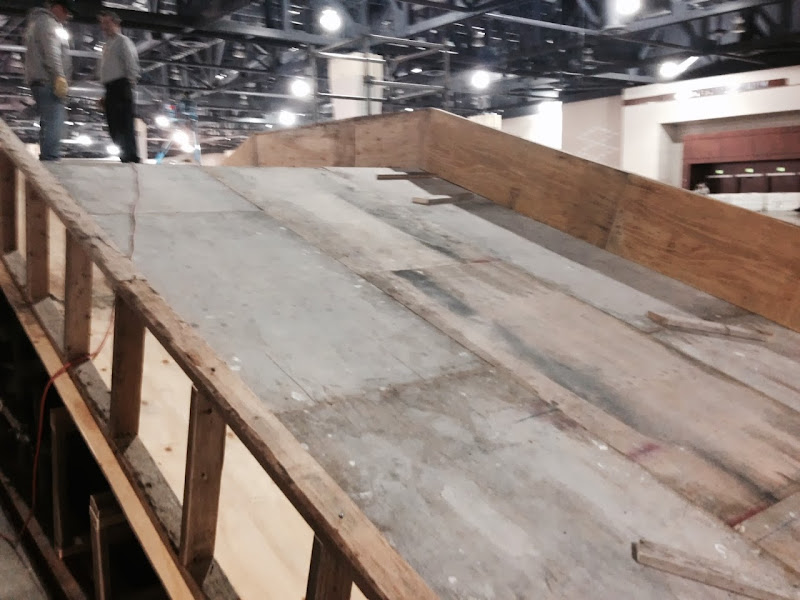 It’s a wild looking design that ultimately holds ton’s of weight. It’s so sturdy in fact that Superior Estimator, Pat McAndrew, and foreman, Kenny Foreman were putting finishing touches on beneath the ramp and Pat said, “We were under there for at least 20 minutes and unbeknownst to us – cars had been driving over it the entire time.  We never felt a thing.  It’s that sturdy.” 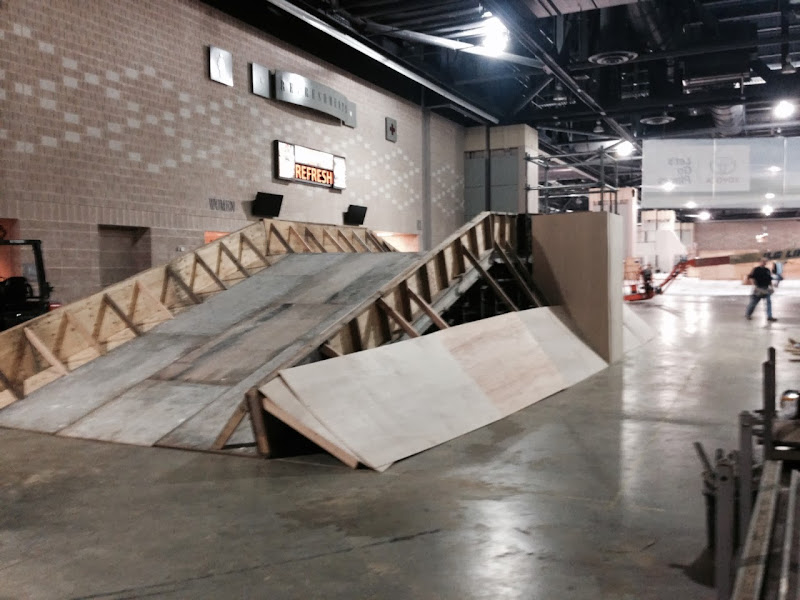 We were glad to help Toyota show off their new line up of vehicles.  Now, if we can get a test ride around the track a few times we will be happy. 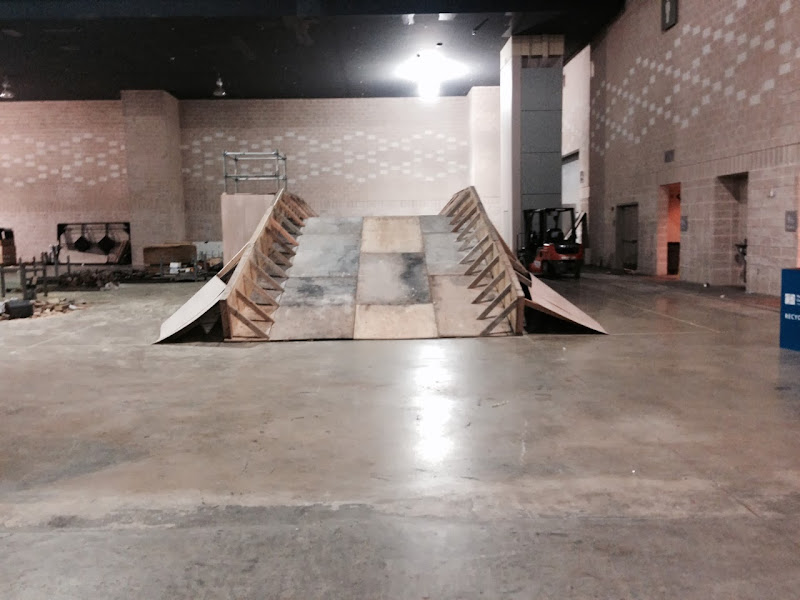 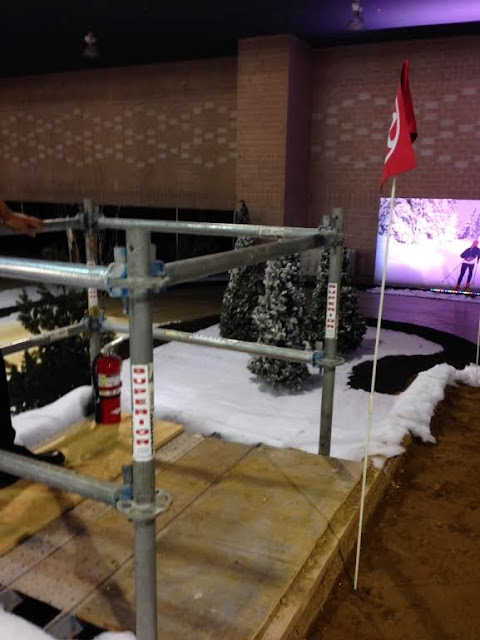