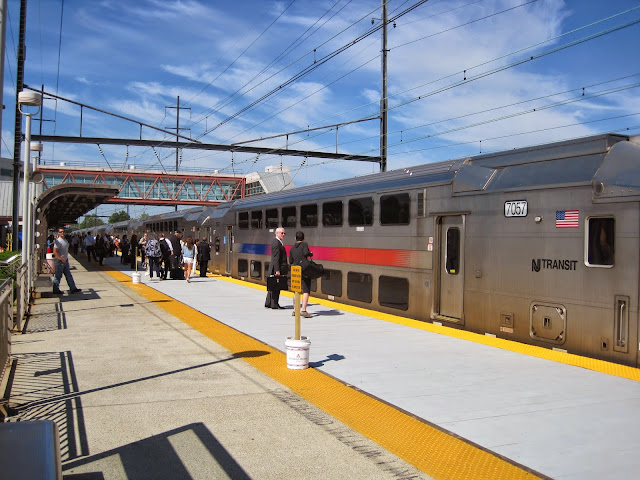 Superior Scaffold was called out to build an 1100 foot long temporary train platform at the Amtrak Hamilton Station in Trenton, NJ. 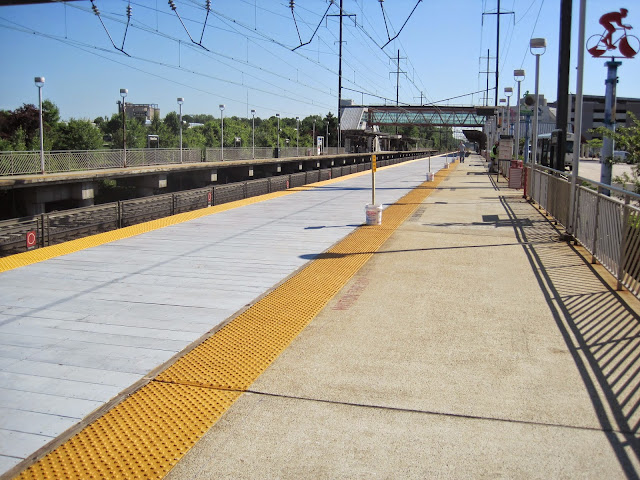 Not only did crews have to work around the trains speeding past them at 85mph every 15 minutes but they had to work at night (in the dark) over a very busy weekend. (4,700 passengers per day) Imagine just getting your rhythm working when the whistle blows and you have to stop everything and wait for a passing train – every fifteen minutes. Ouch. 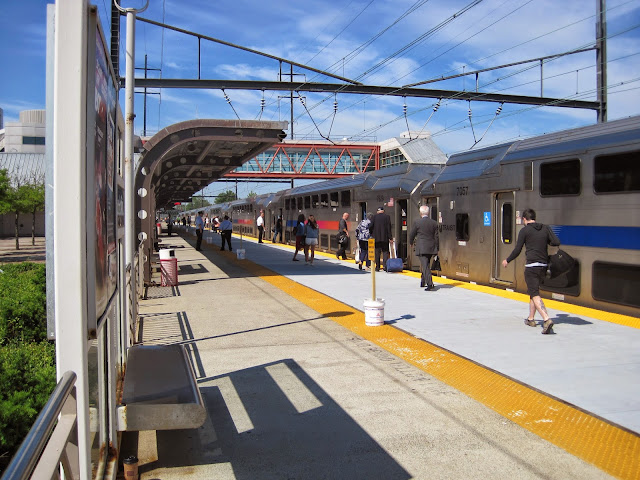 But look at the work our crews did!  It integrates seamlessly into the existing platform. Had I not pointed this entire thing out – you probably wouldn’t have noticed and just boarded your train like you do everyday. 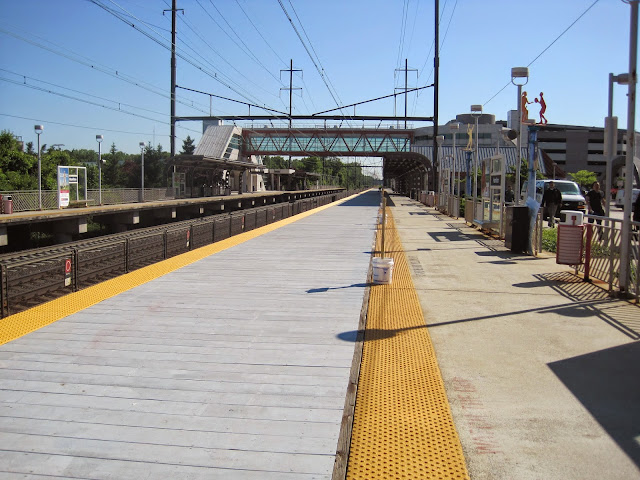 Amtrak is upgrading the electrical lines above track number 1 so they called on Superior to build a temporary platform OVER the tracks extending to track 2 where patrons could board and exit the trains from the open and running track number two.  Look at how awesome the deck looks! 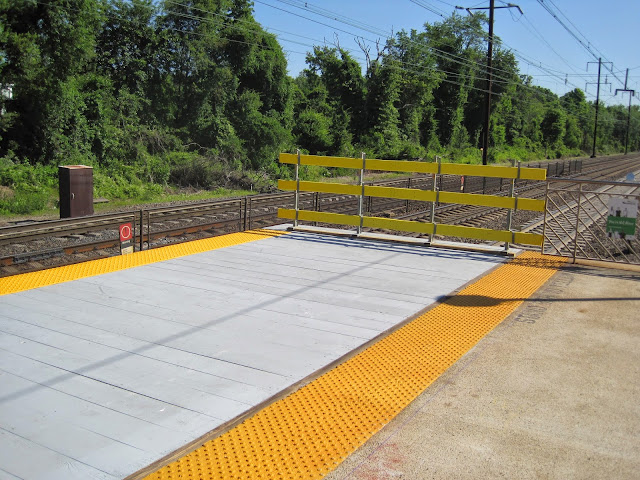 The platform we built is 1100 feet long, 12’ wide, and 3’ 6” high. There are some pretty cool engineering specs going on under those planks. Superior engineer, Mike Leone, designed it to handle a load of 150 psf. Crews used 12’ long steel beam stringers and bypassed aluminum joists at 28” cc. 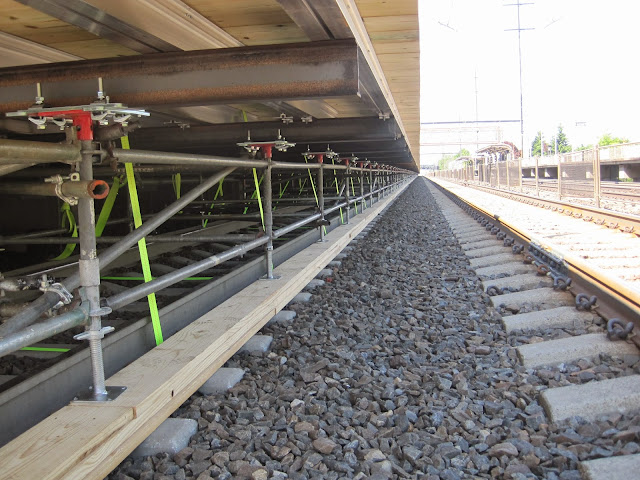 The deck sits on top of the joists and is 2’X10’ pressure treated wood. 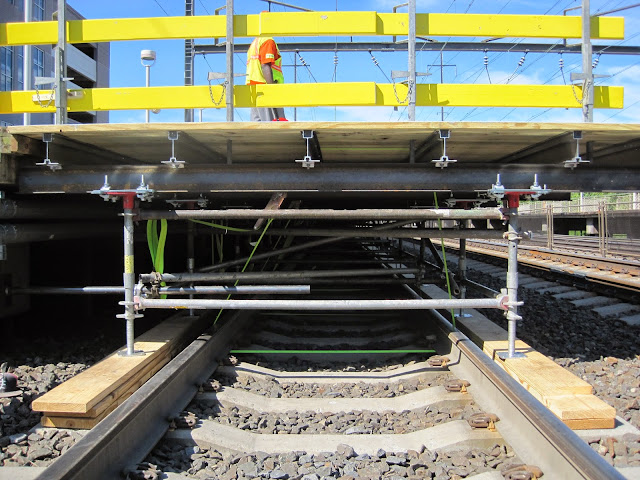 In this photo you can really see the work put into the scaffold substructure. It’s a system scaffold comprised of 20” long cut trees with starter collars and jacks. And if you look carefully, you can see the banding that holds the entire structure down to the tracks themselves to keep it from moving. Each bay (8’ wide X 7’ wide) was strapped down for wind uplift. 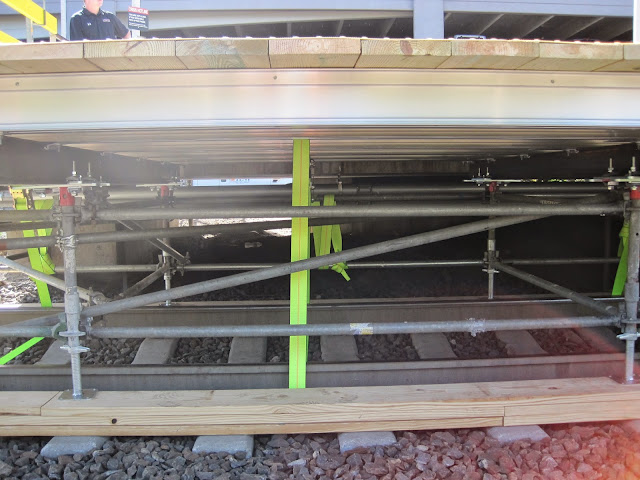 There was also extensive work agreeing on an adequate clamping system both for the steel beam stringers as well as for the aluminum joists. The jacks rested on a continuous stack of three 2”x10” fire retardant wood sills nailed together. 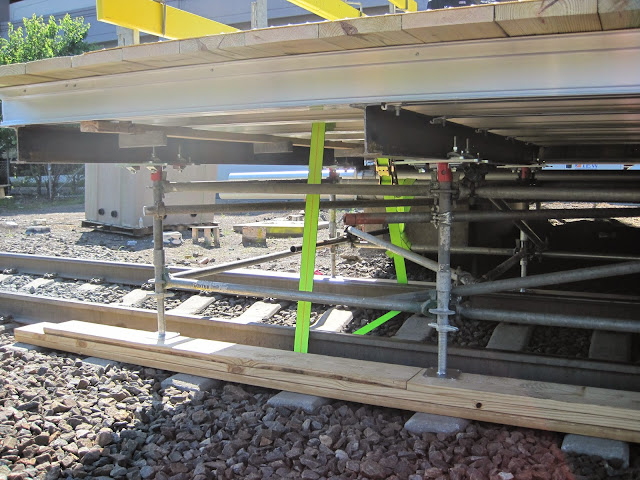 We worked with the contractor on the anchoring system; we provided custom ties from Fazio Steel for anchoring into the existing concrete piers. 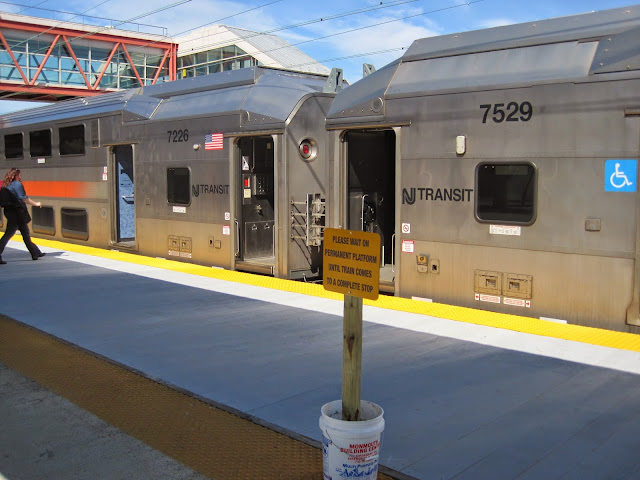 And that’s how you construct a temporary train platform.

And for you train buffs – of all types not just the commuter variety – this is for you.  And probably one of the greatest versions of this song EVER recorded!  Turn it up LOUD.  If this doesn’t want to make you go out and build something – or tear down something, for that matter, I don’t know what will.  Enjoy.

And my all time favorite southern rock band, Blackfoot, burning down the house – Train, Train.

Trenton Transit Center, formerly known as Trenton Rail Station, is the main passenger train station in Trenton, New Jersey. It is the westernmost stop in New Jersey on theNortheast Corridor. It is the terminus for New Jersey Transit trains to and from New York City and SEPTA Trenton Line Regional Rail trains to and from Philadelphia, Pennsylvania, and an intermediate station for Amtrak trains traveling between the two cities along the Northeast Corridor.