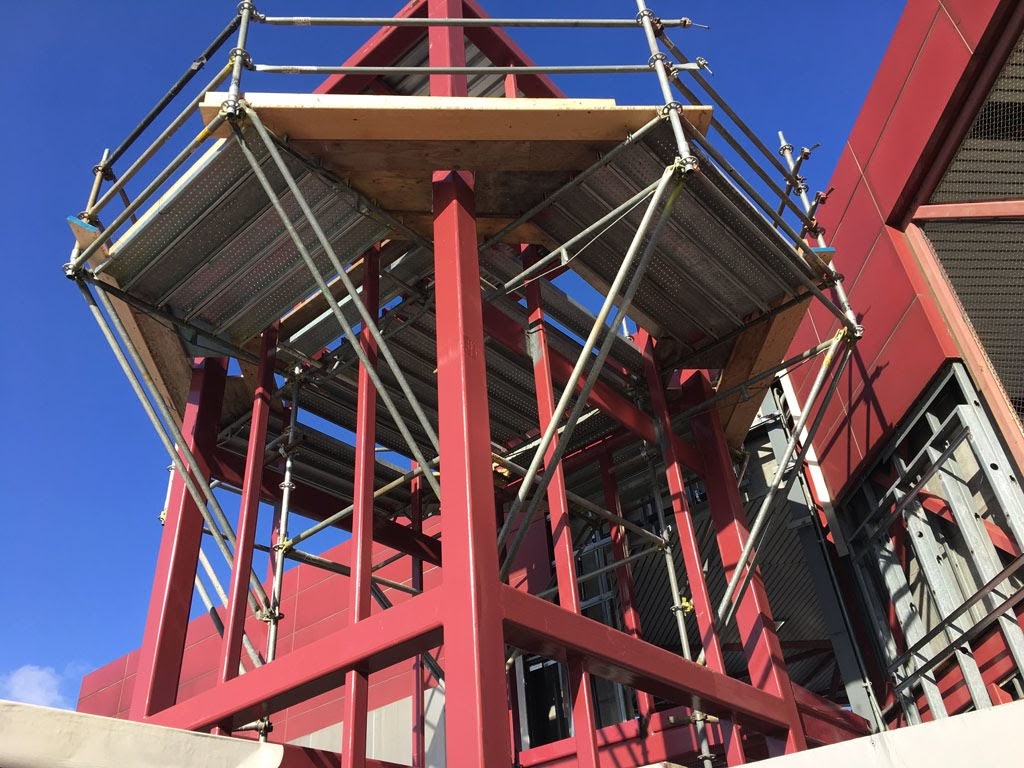 Now each of these could be its very own post but I thought I’d combine them into one article of cool scaffold jobs. The idea is to show two interesting applications for scaffolding that you might not have considered. 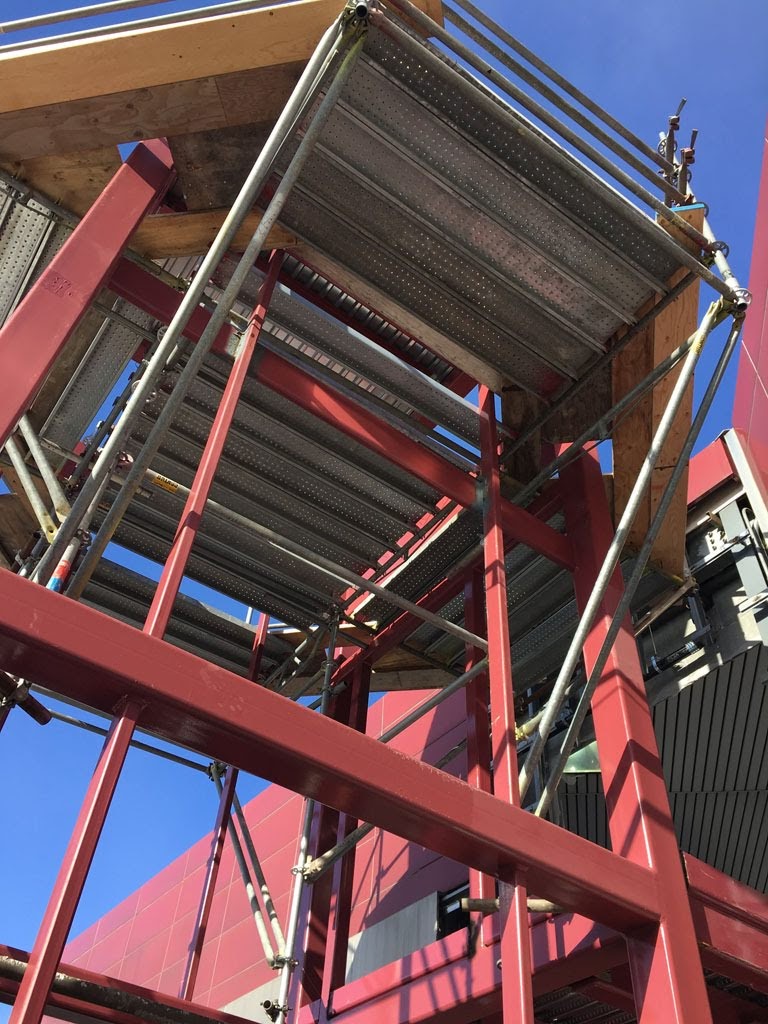 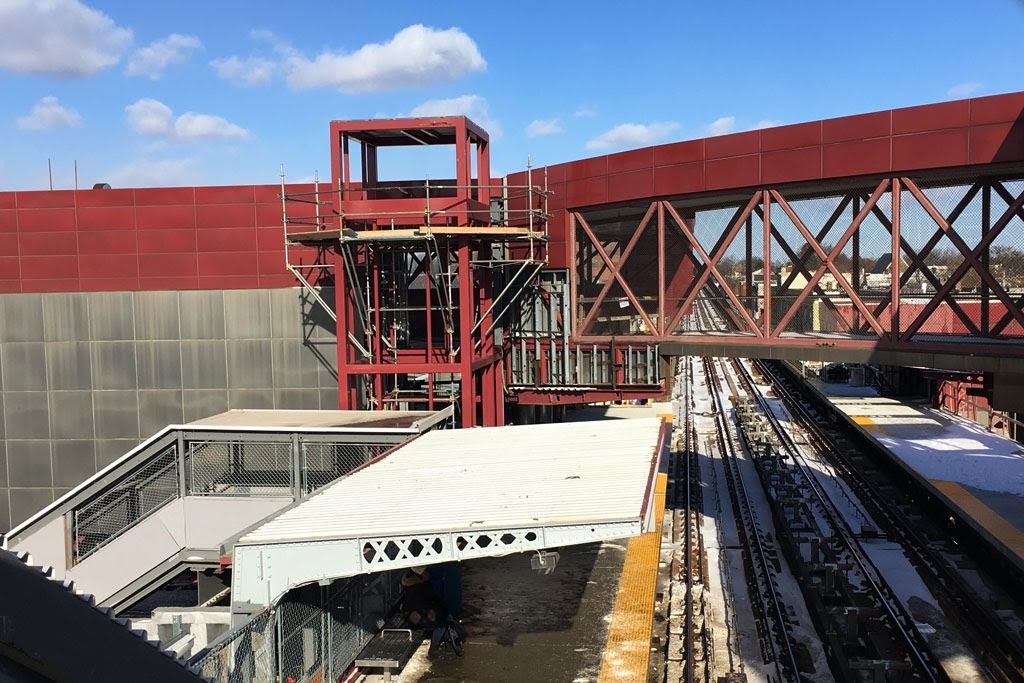 It is an elevated railway station on SEPTA’s Market-Frankford Line, located above the intersection of Frankford and Oxford Avenues, in the Frankford neighborhood of Philadelphia, Pennsylvania. 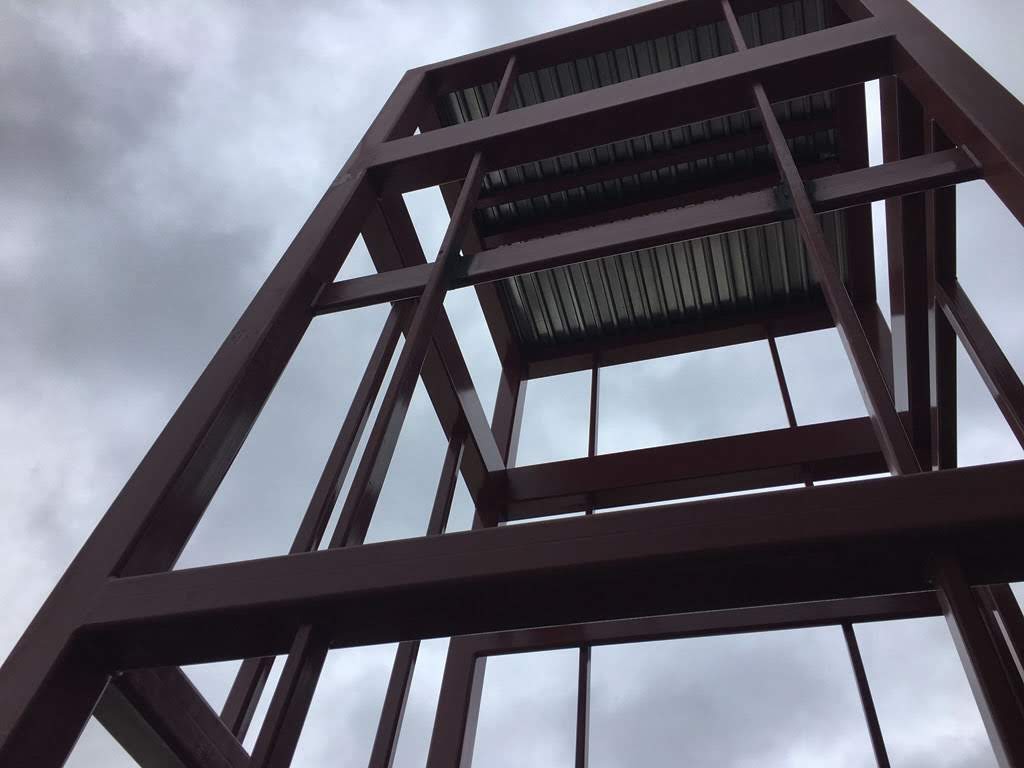 As you can see from the pics we had to erect scaffold inside a decorative steel tower that would allow crews to get to the upper level so they could install 500lb pieces of glass. But the unique part is how our guys had to design a cantilvered work deck out from underneath the structure to allow the crew to work above. It was 7’ wide X 8’ long X 33’ high system scaffold with one top deck level with 6’ side brackets. Pretty cool. 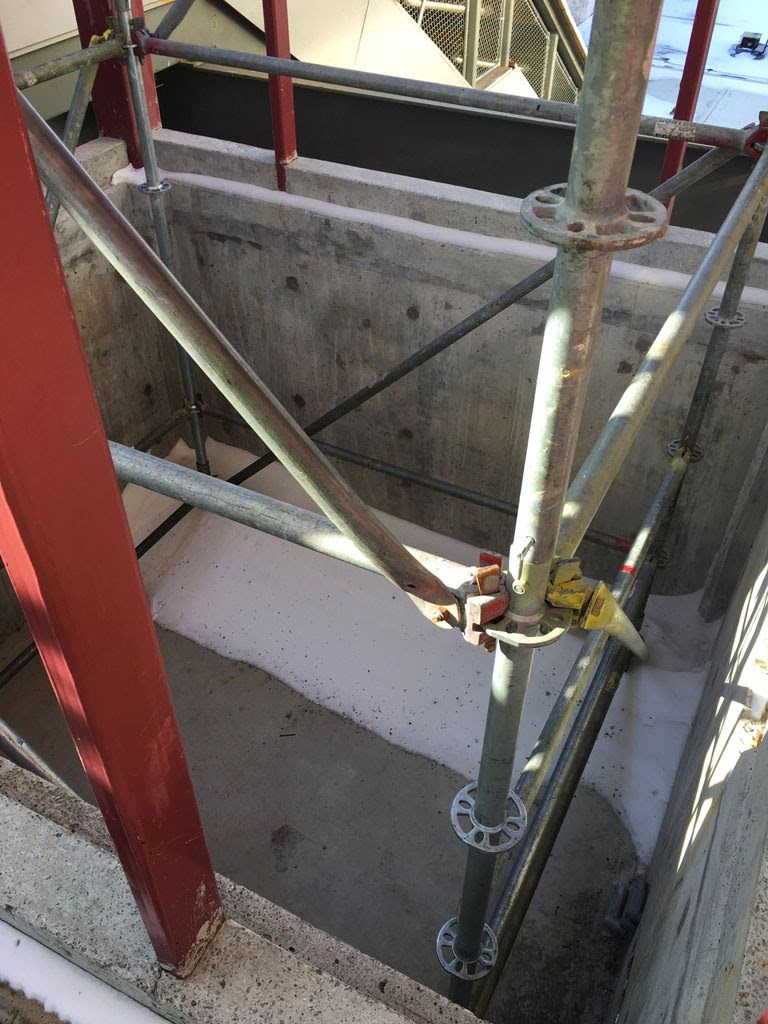 We came back and did the same thing at a lower elevation and then a complete second tower. The client was US Glass & Metal working for SEPTA. 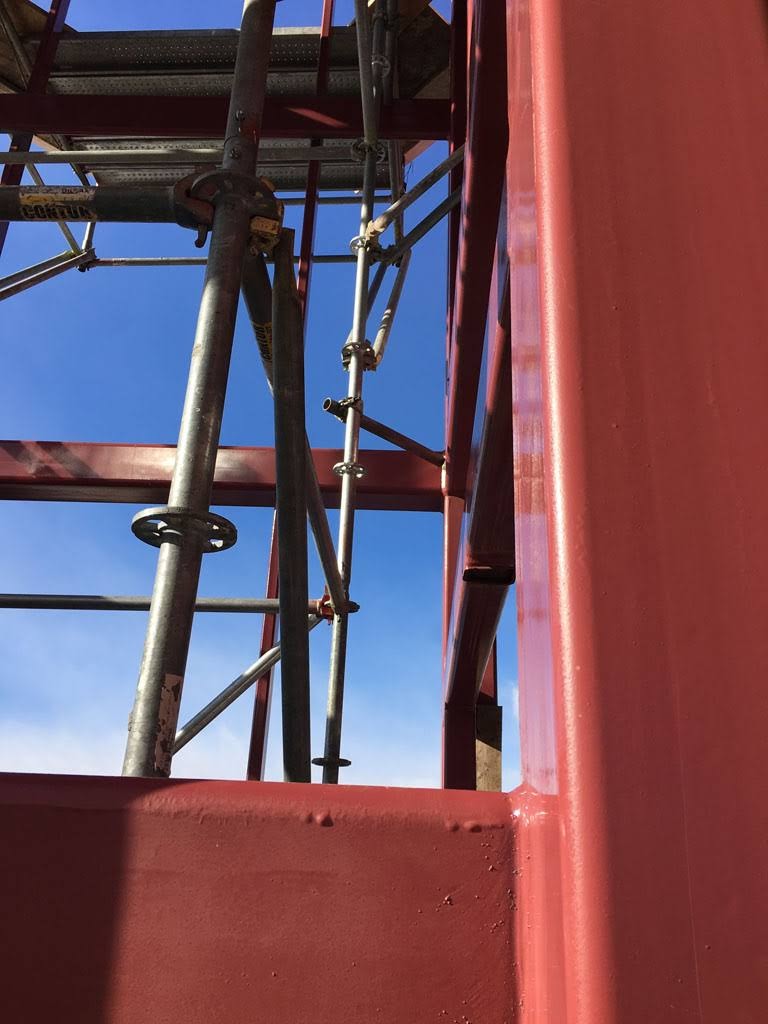 The second – is a job we did around the rock climbing wall at Temple University Pearson McGonigle Hall. It’s part of their newly expanded recreational facility. 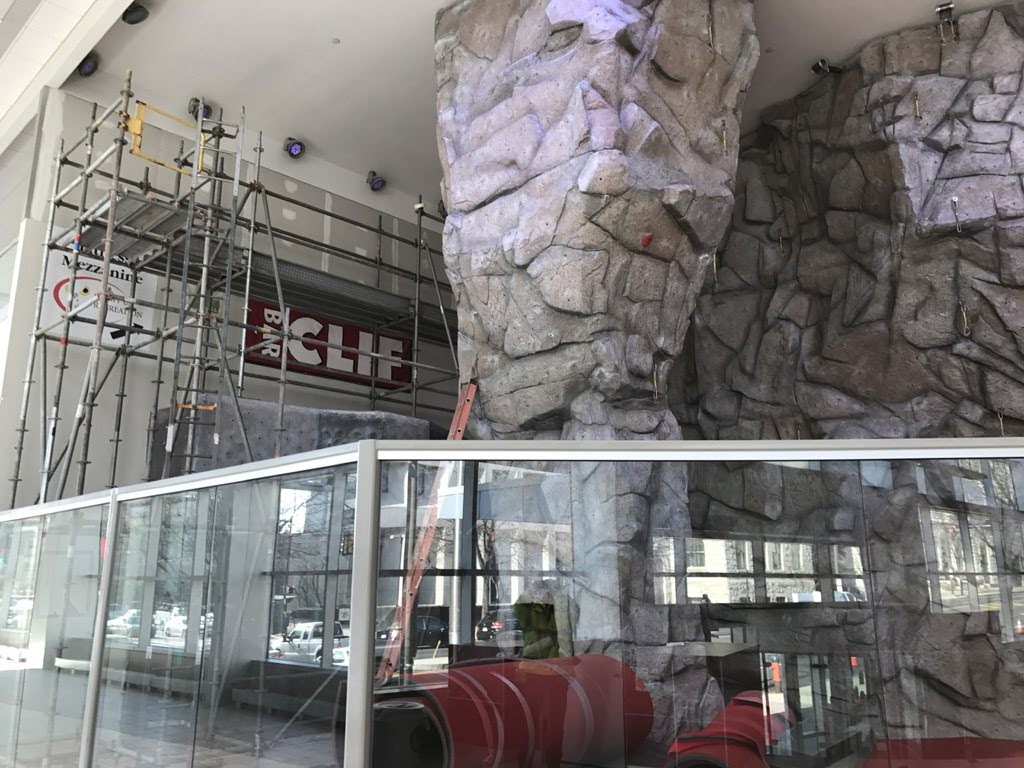 Patrons pass through the large glass entryway to see 12000 sq/ft retail space and the rock wall. 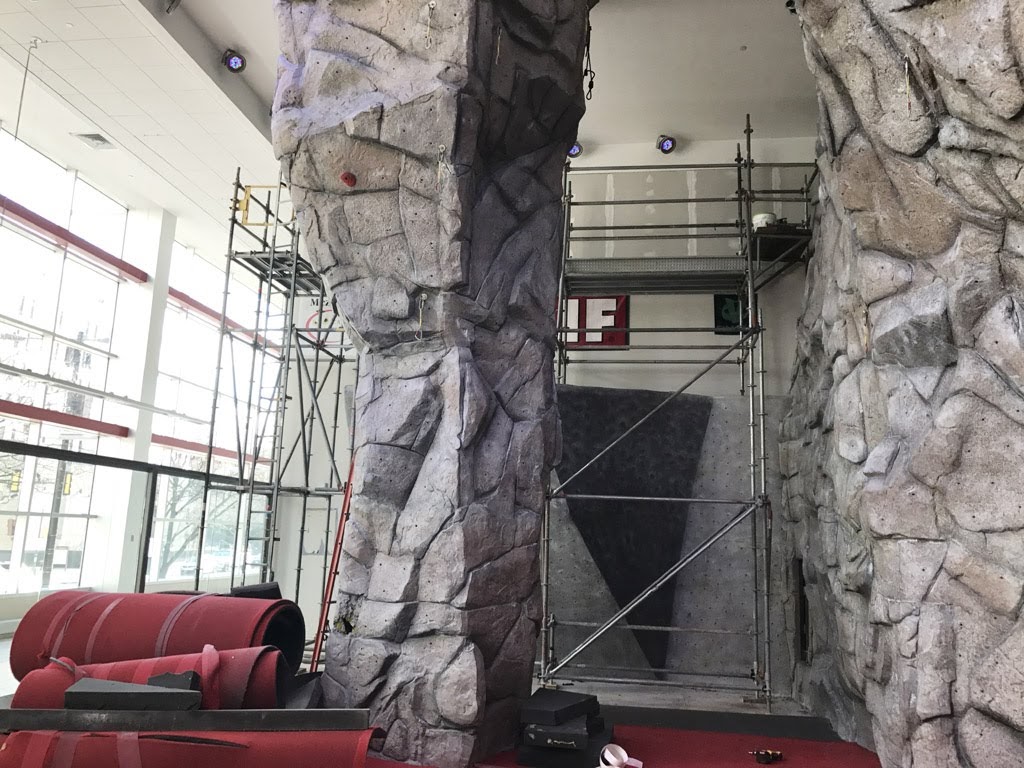 Superior was called upon to build a scaffold up and over a large section of climbing wall so crews could install/finish drywall over the top. It’s unique because our crew used system scaffold to build up to the top of the wall and then stepped over with one of our legs and rested it on top of the wall itself. They then erected a work deck spanning over the section of climbing wall so crews could easily work close to the ceiling. 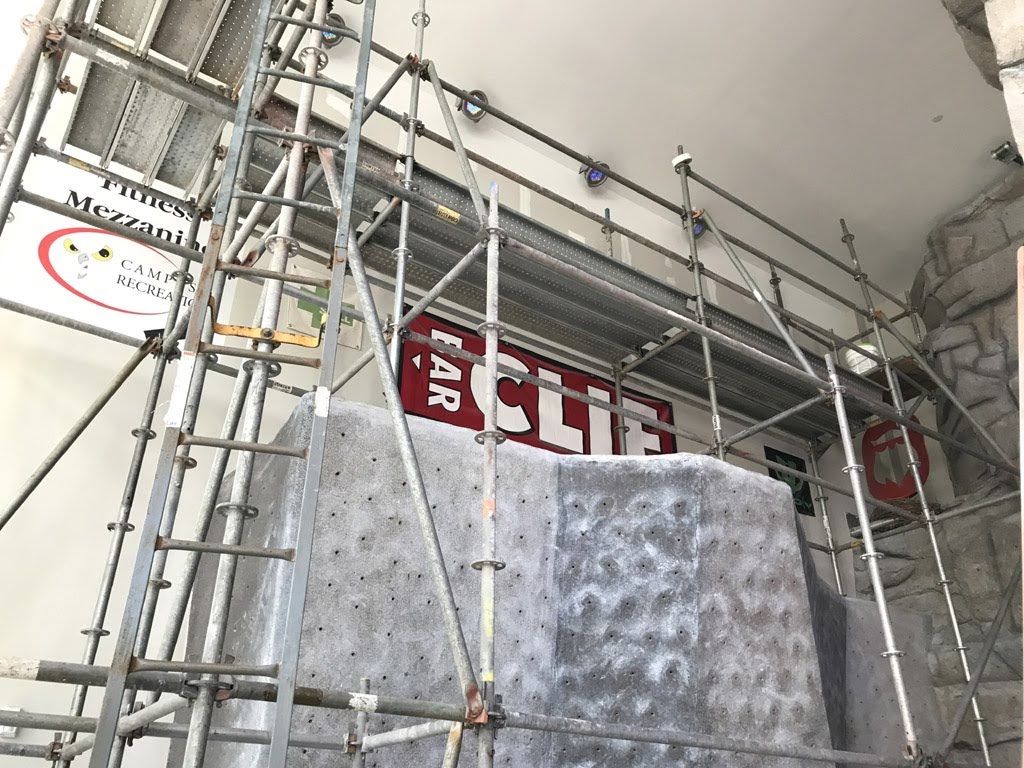 The entire renovation is a site to see. 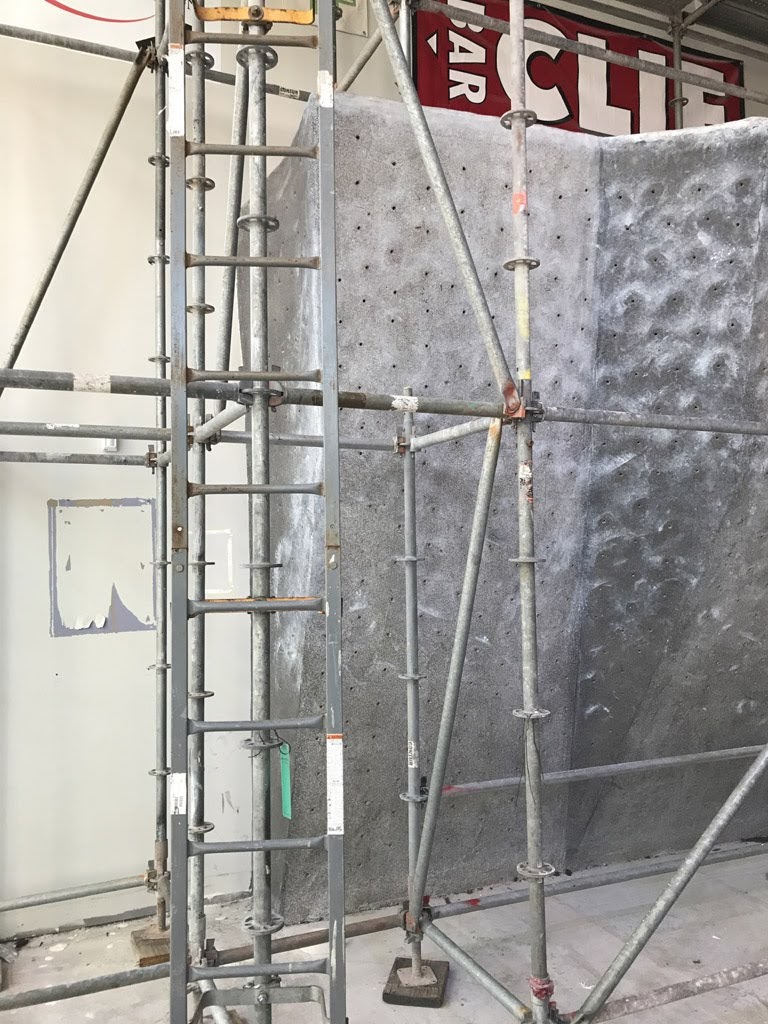 Info on the rock wall is here. 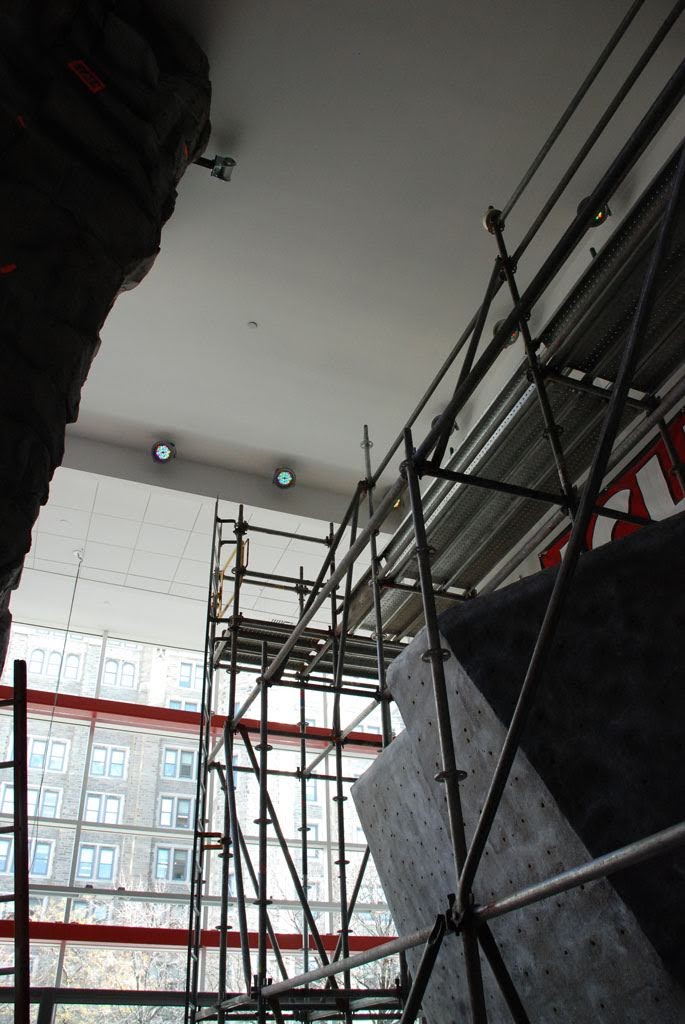 These are just two unique scaffold jobs in a vast array of fun and out of the box jobs Superior Scaffold erects all over the city. I will bring you more as I get approval. 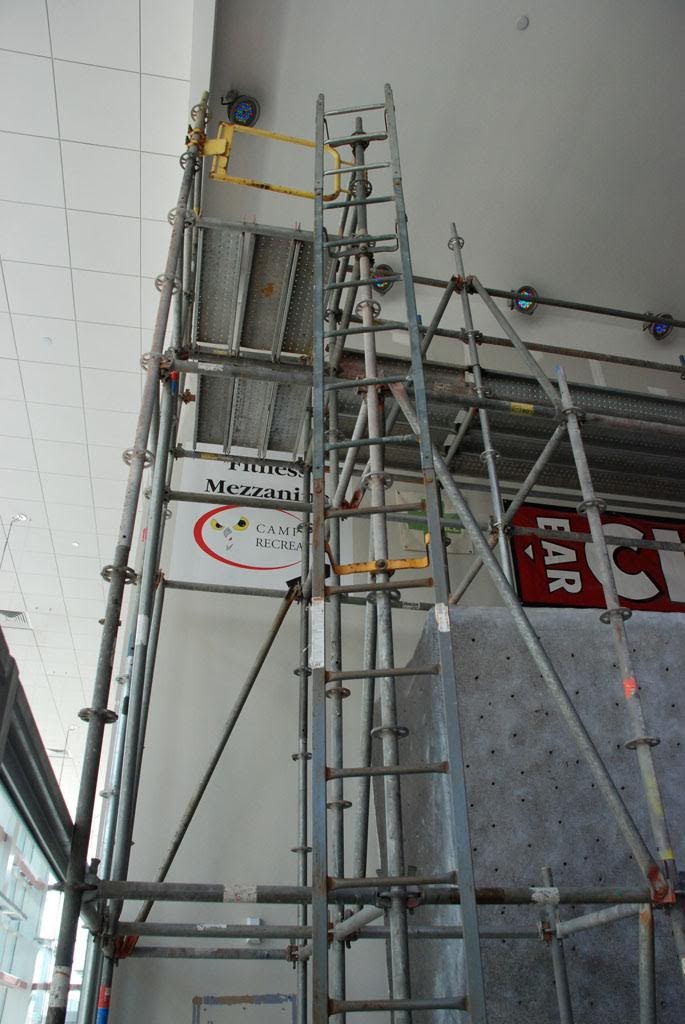 And if you need access to a hard to reach spot call Pat today at (215) 743-2200 and he’ll take care of you or visit www.superiorscaffold.com for more info. 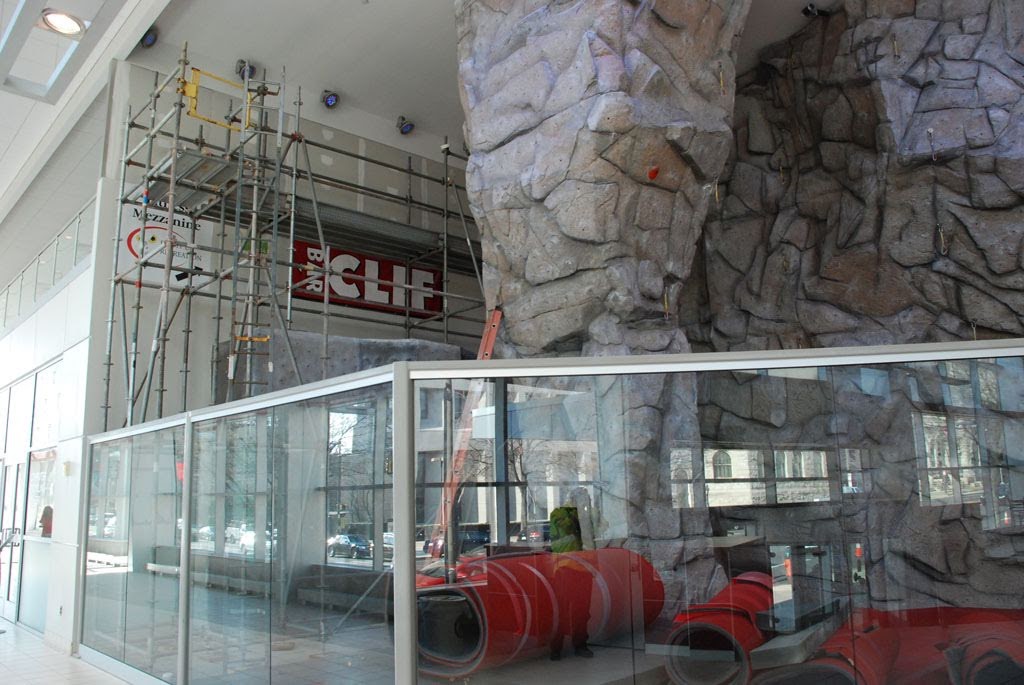 And for today’s musical selection we present an oldie but goodie from local greats the Hooters. “You can’t get to heaven on the Frankford El…” Thanks for the selection, Patrick McCakes.